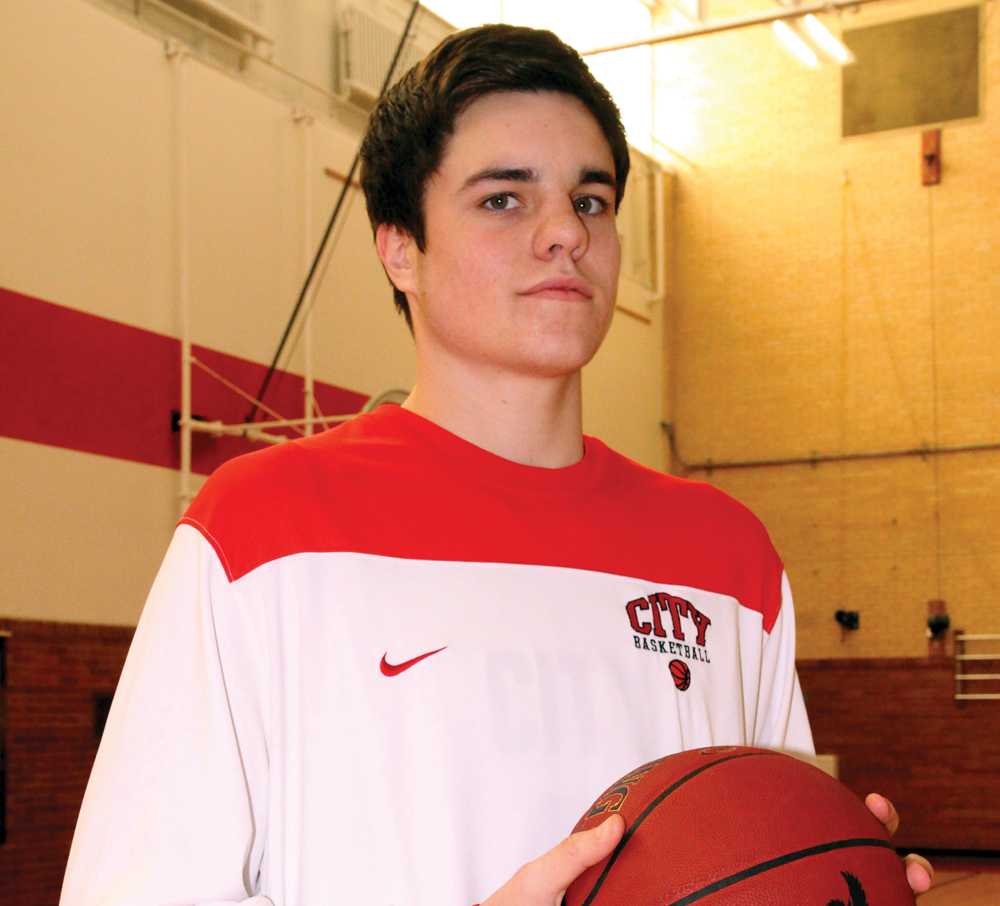 Just this year, the Little Hawk’s mens basketball team made an addition to their squad. From bleeding green and gold, to representing The School That Leads, Austin Withrow, ‘14, made a decision in his senior year to trade in his West High jersey for a red and white one.

“I like how close we are as a team, and the feeling of the locker room. Everyone is really cool,” Withrow said. “Everybody is motivated to win and it was quick for me to get to know everyone which made it easier.”

Withrow is a player that other teams constantly have an eye on. Towering over the smaller players at a height of 6’7” he is easy to spot as a threat on the basketball court. With a total of 146 points so far this season in 14 games, Withrow is the 2nd highest scorer for City High, after LaDarius Taylor ‘14, who has 183 points.

What’s his secret to success? Practice. Withrow has been playing basketball for as long as he can remember. He got serious about the sport during high school and realized it was a passion worth pursuing. Withrow hopes to continue his career and grow as a player during college.

Superstitions, crazy pre-game rituals, and getting nervous before each game are not how this athlete prepares to play.

“Before a game I listen to some pump up songs, and I do stretches, I say a prayer, but that’s about it. I’m normally not very nervous, I’m usually the guy that gets pumped up before a game,” Withrow said.

On Monday, January 6th, when the West High Trojans came through the doors of City High for the big annual cross-town rival game, Withrow couldn’t help but crack a smile.

“It was really weird to play all my friends. It was hard to keep a straight face when I looked at them because I’m used to just hanging out and laughing with them,” Withrow said.

Though West High won the battle 70-34, Withrow says that his ex-teammates quickly went from being his competition to being his close friends again after the game was over.

“All the West guys came up to me after the game and said ‘what’s up?’ and everything. They were super cool about it,” Withrow said.

Moving from rival school to rival school has affected Withrow’s final year of high school, in his opinion, for the better. Though they are just 15 minutes apart from eachother, City and West have their differences.

“I know I made the right decision to move. I like West, I just think City is a better fit for me,” Withrow says, “My teammates are really fun, they play around a lot. There’s a lot of chemistry and I look forward to practice everyday.”