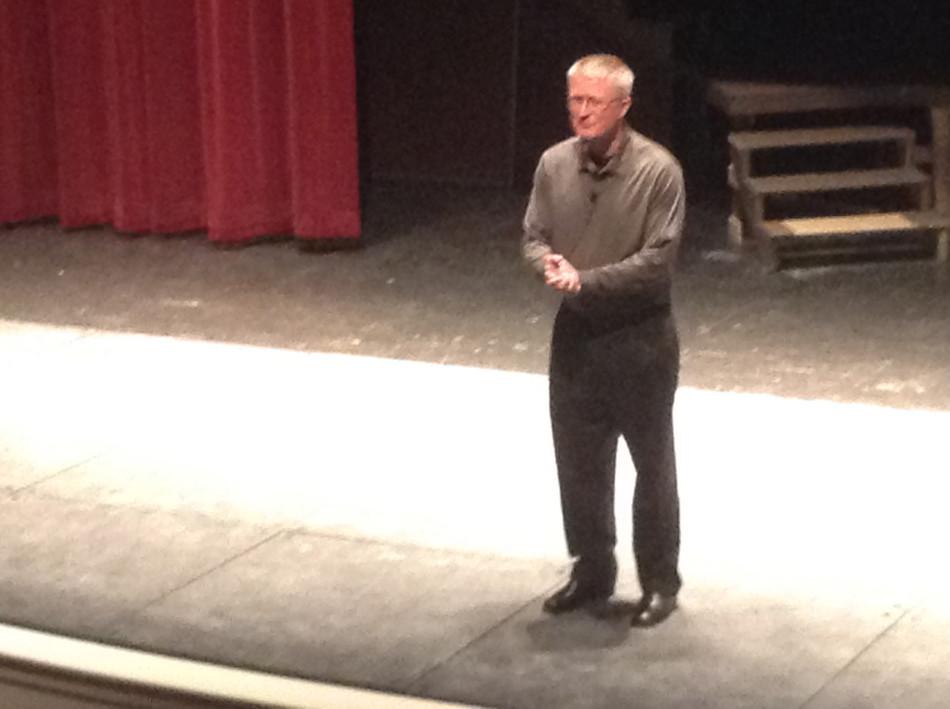 Bigler's father speaks in Opstad Auditorium on the dangers of drunk driving.

With prom and graduation approaching quickly, a guest speaker, Mark Bigler, talked to students today about the importance of not drinking and driving.

“I think of you guys as a family, because I love and care for you,” Mr. Bacon said of the issue. “When I sat right here 25 years ago, I heard a speaker come in and talk about drinking and driving, I will tell you, it made a real impact on me.”

Mark Bigler, a teacher and a coach in the Davenport area, shared the emotional story of how drinking and driving affected his family.

“There’s no winners in this situation,” Bigler said. “What I’m asking you to do is have courage. Everybody’s family is going to have tragedy at some time, but this is the kind that can be prevented.”

The story centered around Bigler’s son, daughter-in-law and their family, as well as the man who hit their car and killed their 5-month-old son.

“It was really powerful,” Mae McDonough ‘17 said. “And it made you really think about the consequences of drinking and driving.”