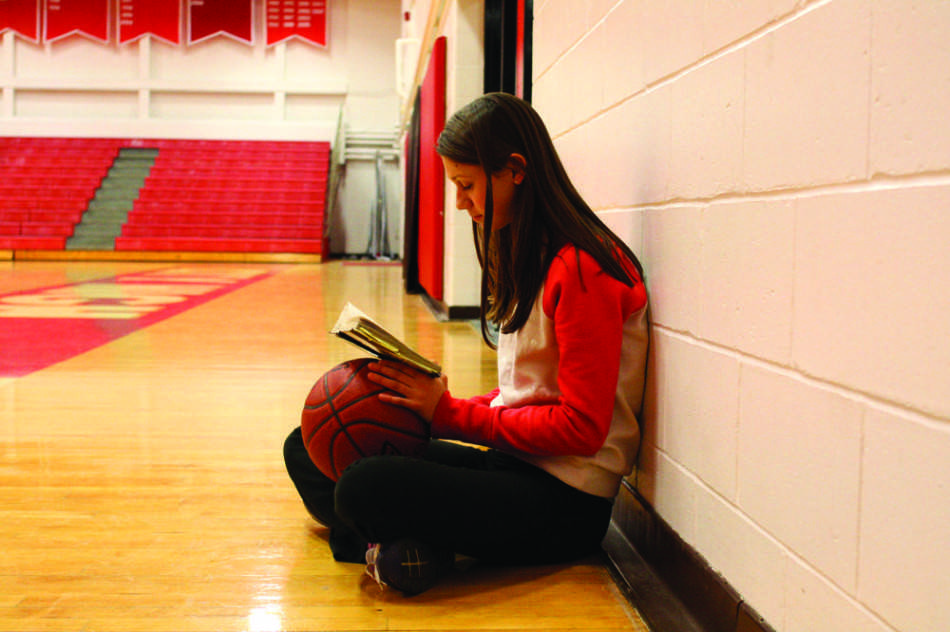 In the midst of the baseball season and Fifa World Cup starting in a little more than a month, America’s minds seem to wrapped around a sports world. It’s true that sports are a large part of culture here in America, so one  would think kids would be as interested as the rest of the nation. The SFIA Physical Activity Council says that’s not the case.

“Today, I don’t know if there is a lot of sport just for the love of sport.”   Wendy Jacobson, City High Dean of Students said. “Sometimes people think they have to be excellent at a sport or there is no reason to do it.”

The study shows that currently there is a decline in kids participating in sports, specifically football, baseball, basketball, and soccer. Jacobson says this drop could be for a number of reasons.

“Some of it could be childhood obesity going up,” she said. “And some of it is possibly pressure from parents to preform. People can see athletics only as a way to get college scholarships.”

Student Sasha Chapnick-Sorokin ‘17  agrees that obesity and parental pressure can be contributing factors, but for her it’s the lack of time. She is one of the 40% in her grade who isn’t participating in sports.

“I don’t do sports because it sounds like a big commitment,” Chapnick-Sorokin said. “I think it does take time away from doing homework.”

Jacobsen acknowledges that it can be a struggle juggling both school and sports, but she advises kids to be involved in some physical activity.

“I will say, I was very humbled by the cross country runners who were taking so many AP and honors classes and had so much homework on the nights that we had meets. But those are snapshots of time”, Jacobsen said. “Overall, It shouldn’t be stressful. As a student athlete, you have to be able to make time.”

When asked why he thinks high school students are participating less in sports, Scott Jespersen, City High assistant principal, refers to a study City High held earlier this year. The study specializes in participation in extra curriculars, and the consensus among students who weren’t involved was a lack of transportation.

Chapnick- Sorokin can relate to this as well: “My parents spend the day working. So if they had to take me back and forth to practices, I think it would interfere in their work day.”

Lack of transportation and the other reasons previously mentioned are just a fraction of the different possibilities of apprehension students possess before engaging in sports. With that said, the real question is, “What are the reasons for kids to play sports?” Jespersen says the answer to that was overwhelming. Easily, the top reason was to meet people and make friends.

“It’s true,” Jacobsen said. “In sports you do get to meet people. You learn all those interpersonal skills that make you more successful in the long run.”

The reasons why and why not are there, but how much of the statistics are really true? Nationally, it is true, kids are slowly participating less in sports, but The School That Leads doesn’t seem to trend the same way.  City High’s average for students participating has always been around 60%.

But just because sports  numbers aren’t moving in any direction doesn’t mean coaches aren’t trying to get kids motivated.

“I’m a big believer in finding things to do that are active,” Jacobsen said. “And sports in high school are a way to find out what you really like.”