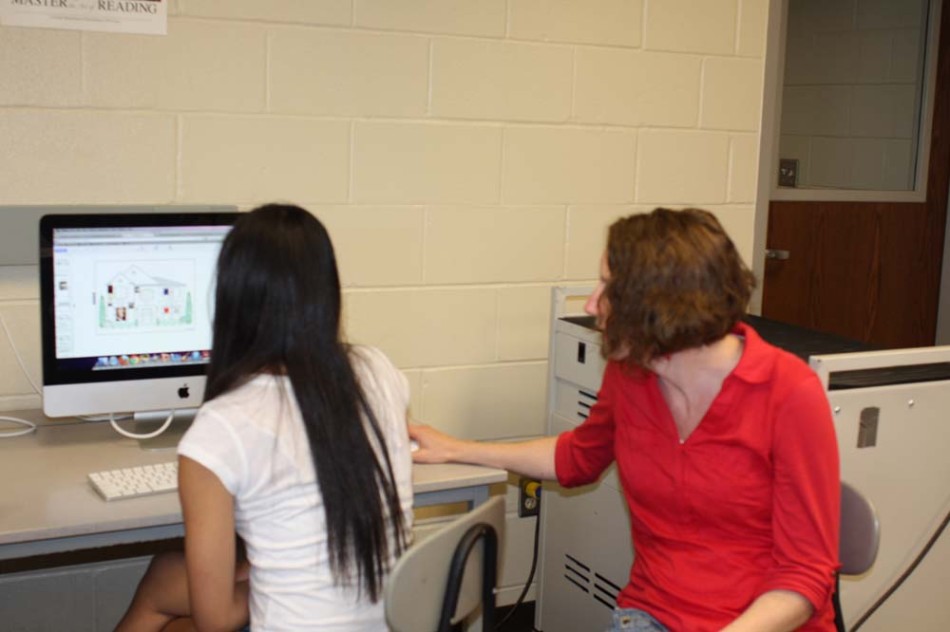 To cap off Teacher appreciation week, some faculty members shared a funny teaching story or anecdote about their time working at City High:

“Once upon a time, and this was many years ago, I taught chemistry… there was a pipe bombing. There was a temporary building over by Lemme School and somebody pipe bombed it. Somebody tossed a pipe bomb underneath it: because temporary buildings are trailers and there was a crack in the skirting they put around the bottom to keep the animals out. So somebody tossed a pipe bomb under there and blew a hole in the side of the building. So, that was in the paper in the morning. That day I’m up in the room Wilson teaches in now, I’m up there and I’ve got my class going, and our principal that we had at the time, Mr. Vernon. Mr. Vernon liked to do things, especially to the younger teachers, and this is when I was a younger teacher, I was probably 26 maybe 27, he liked to do things to try to throw us off, to do things and try to provoke us, and see the kind of odd things that we would do. So I’m up talking I don’t know, about double replacement reactions or some silly thing and Mr. Vernon walks in the back of my classroom and he stands there with a serious look on him and he says ‘Mr. Koepnick, we’ve got to get to the bottom of this shit.’ (you don’t wanna print that) and I said ‘Mr. Vernon, what are you talking about?’ and the students are all ‘Koepnick’s in trouble, Koepnick’s in trouble’ and Mr. Vernon said ‘Why in the world are you teaching these students how to make pipe bombs to blow up elementary schools?’ and i just looked him square in the eye and said ‘Mr. Vernon, that was not a City High student who made that pipe bomb.’ And he said, ‘Well how do you know it wasn’t a City High student.’ I said ‘Because if it had been a City High student that built that pipe bomb, there wouldn’t be anything left of that temporary. That whole block would be flattened!’ And all he said was ‘Damn right,’ and he just turned and walked out. And all the students were like ‘What just happened?’ … He got the right answer, damn right, we don’t fool around at the school that leads.”

“There’s a story from the Haunted Iowa City book, a City High parent actually wrote that book, and then I read it with a couple of my classes the first year it came out, and Mr. Volk offered to take us on a tour and we’ve done it every year since then, but the first year was the best because I didn’t know what he was going to do! So he took the kids up to the bell tower where someone supposedly hung themselves, I can’t verify that, it’s an urban legend so you can look that up, but we went down to the boiler room and he showed us the boiler room, and this is where they used to put the coal, and he showed us, this is where this one janitor where you supposedly can hear him whistle through the building, this is where he used to sit. And he was kinda behind a curtain, and he pulled the curtain back, and it was one of those halloween things where you move the door and the thing jumps out at you. I have never heard any, I mean there were guys there were girls, 50 octaves up, screaming, running, it was hilarious! And then every year he tries to something a little bit different to get them, so like there was a coffin in the rifle range storage for the drama department, so he’s jumped out of the coffin a couple of times as well.”

“So this was actually when Ms. Fettweis was my student teacher, a long time ago, and we were teaching The Catcher in the Rye and we were doing psychological theory, psychological criticism with it, and so we had read a piece called Joey the Mechanical Boy that dealt with how he turned himself into a machine basically because he had to deal with all these different psychological components, and there was this very elaborate process that he used to go to the bathroom, like he would hook himself up to the vacuum machine and this whole thing. And so Ms. Fettweis was leading the class and they were talking about it, and she was using the word, I think ‘poop’ and I started laughing, as the adult in the classroom. And then I said: ‘No you don’t understand, I practiced defecation last night!’ meaning like I was practicing saying it, but it sounded like, well… So that was one of those rather embarrassing moments, because not only was I the only adult laughing at the word ‘poop,’ but I then pronounced my practicing of defecation in front of the students.”