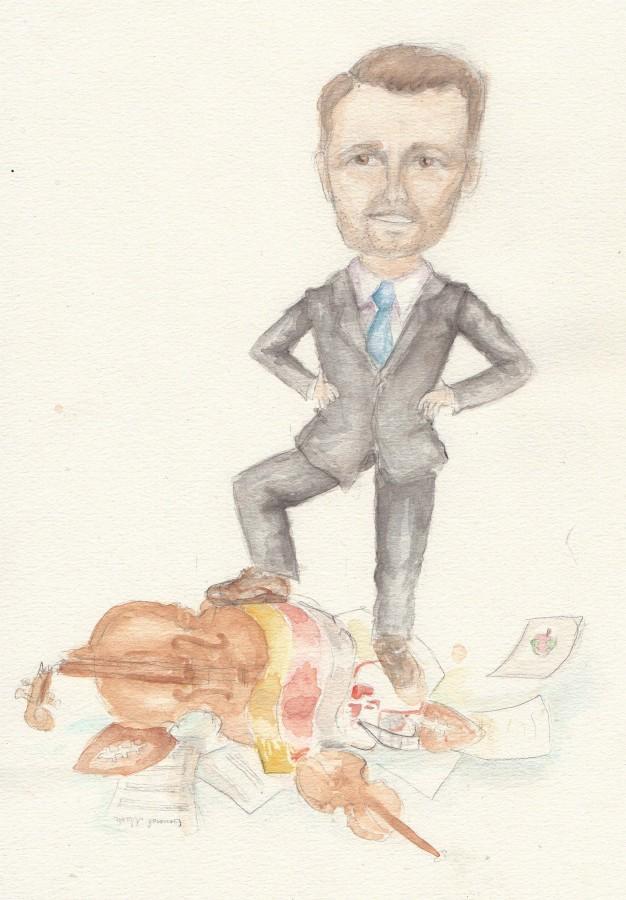 Budget cuts. They’re like compromises, they’re only successful if no one walks away happy. No matter what gets cut, there’s always going to be the mob of townsfolk, pitchforks in hand, to dismember every decision and cut that was agreed upon. Some decisions are the results of informed deliberation, while some others were less thought-out.

For starters, everyone has to be realistic about budget cuts. If the state decides to cut the budget, we have to do what we have to do to make the budget manageable. That said, several of the programs that are being cut are very strong, important programs. Cuts were needed, but the wrong cuts happened.

The decision to cut German programs is largely based is the assumption that, of the three languages offered at City, German is the least applicable. This, however, is a blatant falsehood, as the German language is extremely applicable in the modern business world, spoken in Germany, one of the world’s top manufacturers, and Switzerland, well known for it’s powerful, secure banks that are used by wealthy businessmen, landowners, and even royalty all over the world. One would think that, if one wishes to extend into international business, learning German is a necessity.

In addition to becoming one of the most increasingly relevant languages, cutting the Iowa City program puts a knife in a dominant program. This year alone, multiple students across all of the German classes scored within the top 50 test takers in a test administered to the entire state of Iowa. So, to clarify, not only is the language applicable to life after high school, but City students are good at it. Excellent at it, actually, considering the relatively small class sizes.

Early exposure to music is crucial for any aspiring musician. For example, So Young Bae, the top violinist in the Chicago Symphony Orchestra, started learning violin when she was seven years old. She practiced every day until she was granted early admission to the Seoul National University, and later to Juilliard. A study at the University of Toronto proved that music lessons at an early age universally increase the IQs of children. And yet starting next year, 4th graders in the Iowa City district will have to wait an extra year to get their hands on an instrument. 4th grade orchestra was selected to be cut after the district discovered that it was against state law to cut general music classes in Jr. High. The decision has caused rumblings among orchestra teachers and students on all levels and while 4th grade orchestra might not be the most crucial part of our education system, kids are missing out on early music exposure, because who knows? There may be a So Young Bae hidden among the masses of our local 9 year olds.

The final large cut that was made was to end the 7th grade football program. For a town whose high-school culture is so steeped in football rivalries, with the Little Hawk Varsity Football games being the largest draw in town on fall Friday nights, it seems to make more sense to have these young boys be as prepared as possible to enter such a competitive conference. If the City teams of the future hope to be competitors, we need to expose our future player as soon as possible. The proposed alternative are the local private Youth Leagues, which can cost hundreds of dollars. The problem there: there’s a distinct possibility that there is at least one young boy with massive potential whose family can’t afford to enter their child.They don’t get exposed to the sport, and then have no interest in joining later. Their potential is wasted.

Budget cuts loom over everything. Nothing is safe from scrutiny when the money stops, because the reality is that the school must operate within it’s means. No one is happy about it. Even Murley and other district workers that were expecting pay raises have instead had their salaries frozen. The cuts that were made, however, were a tragedy of misinformation. The loss of a strong German program, early orchestra, and adequate, free sports programs for young athletes is a blow to the community, a damage that will hopefully be repaired in the near future.