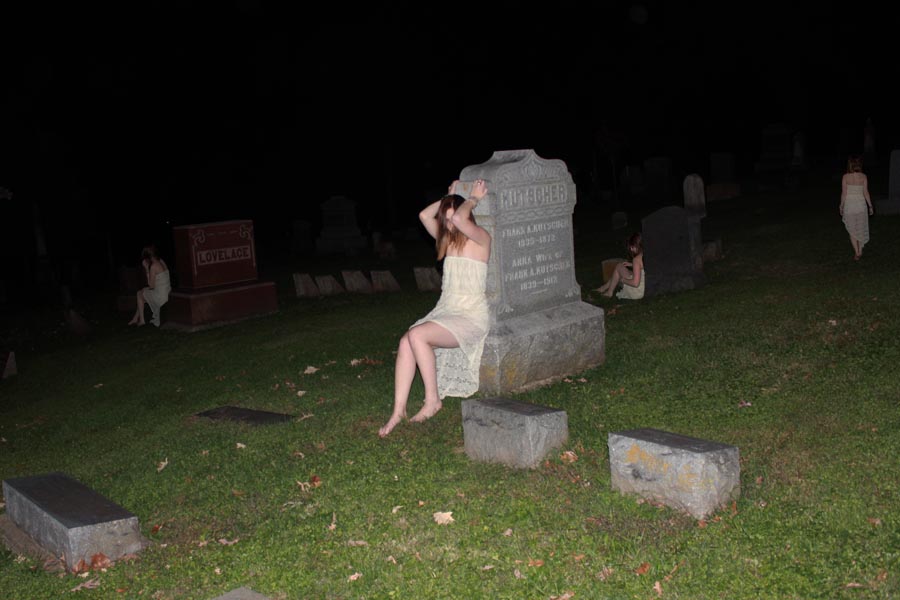 Six weeks ago on a cloudy September afternoon, Isabel Cody ‘16 wandered up to the old brick house that her father used to live in. After being invited inside by the new owner, she walked through the front door and suddenly experienced a moment that was life changing.

“I was walking past the room that he died in when I totally felt something, like a wave through my body,” Cody said. “I felt like it was something actually trying to give me a message. It was really powerful.”

I was walking past the room that he died in when I totally felt something, like a wave through my body.”

“I think it all starts when you’re a kid and you’re crossing your fingers hoping that something will happen,” Cody said. “That’s basically where it started for me, doing little tiny things like that, and then it just grew and grew and grew.”

“I think people are superstitious because they have been reinforced to have those beliefs,” Green said. “These ideas start when they are accidentally reinforced. They’ve been rewarded in the past, and so people continue to believe it works. For example, a lot of hotels don’t have a 13th floor or a 13th room, because no one wants to stay there!”

Though telling scary stories and avoiding black cats have become the common notion in American society, there are certainly people who do not believe that there is truth to any of this.

“I think there are two categories of those people,” Cody said, “Some people just don’t believe in other life and can’t be convinced of it, and then there are other people that think it’s way too scary to believe in because if they did they would be terrified!”

According to history.com, the concept of a ghost or a specter is based on the belief that even after death a person’s soul can continue to exist separately from his or her body. In fact, the ritual of funerals first originated as a way to ward off a person’s spirit from coming back and haunting the living.

“People who’ve had apparition experiences say that it’s usually a family member, they come back once, and they come back to give them important information,” Green said. “There’s no scientific explanation for it, or proof, but each of those folks have said ‘I wasn’t dreaming, I wasn’t drunk, and the message was just for me’.”

“It makes sense in a way because if you do research on the afterlife, people who have near death experiences will talk about very similar experiences that they’ve had. You can probably find scientific research that says that’s just the brain losing oxygen and that’s why they are similar. But on the other hand I think that if you believe there is an afterlife it’s not hard to believe that what happened to them was real.” she said.

“People come back from near death experiences as changed people. They come to the realization that they survived for a reason, and there is something they have to do, something they still have left. They just know.”

They come to the realization that they survived for a reason, and there is something they have to do, something they still have left. They just know.”

“There are people who have done a lot of work with people who are dying, and they have said that in their research these people will tell them that there is an ancestor or a grandfather or a family member there waiting on the other side and that they can see them before they pass over.” Green said.

But sometimes death has nothing to do with it. Green has visited many lighthouses that she believes are inhabited by past keepers.

One lighthouse imparticular made an impact on Green, though it was not a frightening experience for her.

“I stayed at a bed-and-breakfast lighthouse, and it had a reputation for having a ghost that’s very benevolent and very happy,” she said. “And supposedly, what the ghost does is if you put things out for it, it comes and moves them around. So I set some things out! And I said, ‘If you’re here, come move it around!’ And in the morning everything had been moved and the window curtains were changed.” 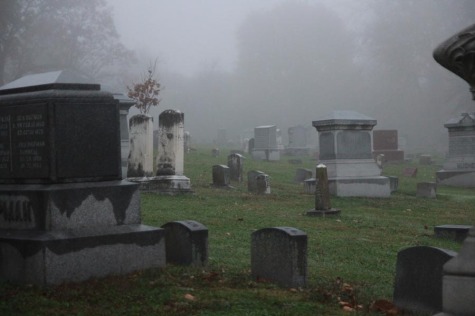 Cody has also witnessed a spirit in action, but her experience was a little more frightening.

“I was at a friend’s house and we made a homemade Ouija board with cardboard and sharpies. We shut off all the lights and we put on some candles and we started to ask some questions,” she said.

Cody’s experience with the Ouija board was atypical.

“The time we did the Ouija board I was mostly looking at the candles and we asked, ‘If anyone’s here, flicker twice,’ and it did! It gets your heart up in your throat for a second,” she said. “If it keeps going like that and you get those first hand experiences, you really start to believe in this stuff.”

For people who haven’t had these experiences, the stories people tell are often hard to believe, especially because of how the media portrays the supernatural.

“I love horror movies. I do really like to imagine that a demon could possess someone or take them into the other world, but I definitely think they are for entertainment value strictly,” Adamson said.

Even though Adamson doesn’t believe, he still appreciates Halloween as a holiday.

“I think dressing up is a tradition. People got it from old books and myths. I loved it when I was a kid because trick-or-treating meant free candy. It’s fun to dress up and go to Halloween parties. My mom hosts one every year and there are always a lot of people there,” he said.

Cody also has a Halloween tradition that began when she was little.

“Well, I used to live right by a graveyard, it was literally right across my driveway. And I liked the Black Angel on Halloween, you could see it from my bedroom window. I liked dressing up and doing Halloween walks in the graveyard, even though I wasn’t supposed to,” she said.

Cody believes that her experiences as a child thoroughly changed the way she views the world. She is still able to communicate with her dad when she visits his grave.

“I think it changes the way you look at things,” Cody said. “If you believe in ghosts you’re going to be more aware and more open to that kind of thing. When something spooks you at night, it’s not just something that spooked you anymore. It could be something a lot more interesting.” 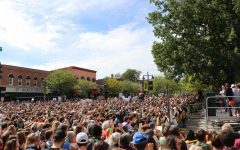 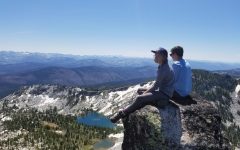 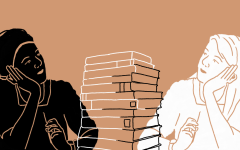 Race in the Classroom 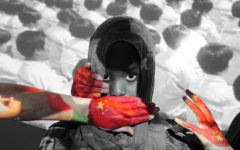 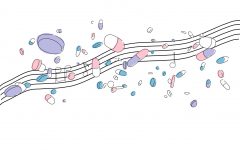