The Rising Issue of Sexual Assault

Due to the recent increase in sexual assaults, more effort is being made to raise awareness for and teach preventative measures against the issue. 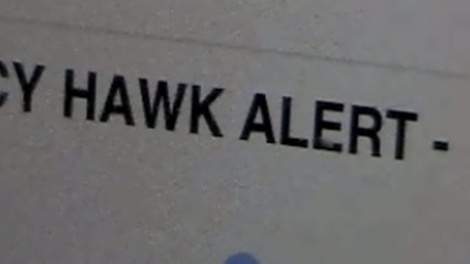 With sexual assault becoming an increasingly common occurrence among teenagers and young adults across the country, schools and students have been making a greater effort to draw attention to the issue.

Within the first nine days of classes resuming for the fall semester at the University of Iowa, three sexual assaults had been reported to the Office of Sexual Misconduct. The Department of Public Safety sent out an email alert to all University of Iowa students and faculty shortly after the first report was made, as well as a second alert following shortly after the second and third assaults.

The first alert stated that a female student told school officials she was subjected to nonconsensual sexual contact by an acquaintance in a residence hall during the late night hours of Friday, August 22. In addition, both alerts included sexual assault statistics, a link to the University’s Sexual Misconduct Policy, and steps to take if sexually assaulted, as well as the statement, “The only person responsible for sexual misconduct is the perpetrator.”

In the past 3 calendar years, 21 students have been suspended from the University of Iowa, including 11 for sexual misconduct or domestic violence, according to UI Dean of Students David Grady.

“Keep talking and teaching about it, keep challenging the belief systems that enable it to happen, keep supporting the survivors, and keep taking action that will make meaningful and lasting change,” University of Iowa President Sally Mason wrote in her email following the most recent sexual assault. “Let’s work with our partners on other campuses and help make Iowa a leader on this issue. Together we can bring an end to this crime.”

Last spring, University of Iowa students protested to demand better policies regarding sexual assault. Students complained that the old alerts placed some of the responsibility for sexual misconduct on the victims because of alcohol consumption or making the conscious decision to be alone with someone of the opposite sex. By adding a statement that solidifies the perpetrator as the only responsible party, the alert message removes the blame from the sexual assault victim.

“Sexual misconduct is a broad term encompassing any unwelcome behavior of a sexual nature that is committed without consent or by force, intimidation, coercion, or manipulation,” the new policy states. “Consent is a freely and affirmatively communicated willingness to participate in particular sexual activity or behavior in either undoubtedly clear actions or verbal consent. Lack of protest or resistance does not mean consent, nor does silence mean consent.”

Two students have been expelled for sexual misconduct this academic year and since the policy has been reevaluated.

University of Iowa students organized another protest in early September of this year after the third sexual assault took place. ROAR Iowa City, which stands for Radically Organizing Against Rape, coordinated this protest, hoping for the University to adopt a zero-tolerance policy for sexual assault.

Beyond protests, students across the country are acting in response to the recent increase in sexual assaults. Four male students at North Carolina State University conceived an idea in hopes of seeing a decline in the number of sexual assaults. The solution? Nail polish able to change color if dipped in a drink containing a crippling date rape drug such as Ecstasy, Rohypnol, or GHB.

“I think to some extent this could be affective,” Addison Kosier ‘15 said when asked her opinion on effectiveness of the nail polish. “Women would need to make it a habit to dip their fingers in the drink, so they will probably forget a lot because they’re not used to it.”

However, in contrast to popular belief, sexual assault is not only affecting college students, but high schoolers as well. According to the Rape, Abuse, and Incest National Network, 44% of sexual assault victims are under the age of 18.

“Sexual assault isn’t affiliated with high school but with college because it’s much more common there,” Abe Eyman-Casey ‘15 said. “The dorms and newly found freedom let that happen, but I do know of multiple people from City who have been sexually assaulted. It’s not commonly known because it doesn’t go on record for everyone to see.”

Students replied confidently when asked what steps they would take if one of their friends were assaulted.

Rape kits are free of charge and are anonymous. Victims will also receive STI pills and Plan B medication for no charge.

“If one of my friends was sexually assaulted, I’d tell them to get help and take them to the hospital for a rape kit, even though it is invasive, ” Omnia Ali ‘15 said.

“I’d encourage my friends to go to an authority figure or the police,” Kosier said. “It’s better to be safe than sorry and get a rape kit done.”