In response to the increasing amount of school shootings in recent years, schools across the country reexamine their safety policies in hopes of preventing another tragedy. 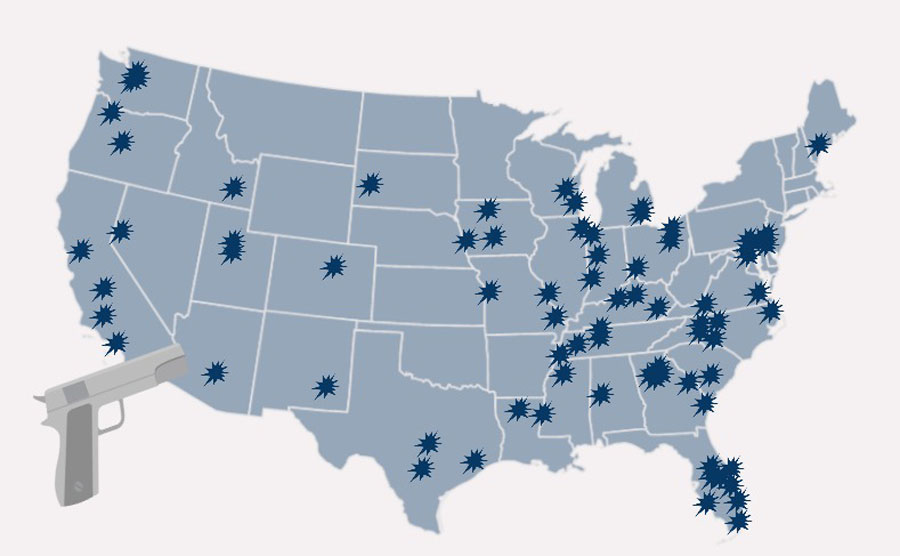 Eighty-seven schools shootings have occurred in the U.S. since the Sandy Hook massacre in December of 2012. This is approximately 3 to 4 shootings every month.

This frightening statistic alone is causing parents, teachers, students, and even those who have never considered themselves at risk to confront the issue. When an unloaded gun and ammo were found in the backpack of an emotionally distressed student at Iowa City West High School in early October, the threat hit a little too close to home for many students and parents. They never imagined a school in small town Iowa in danger of experiencing this type of situation.

“I was just shocked because it always seems like that kind of thing is on the news for happening some other distant school,” West High student, Maggie Taylor ‘15, said. “It’s not something you ever imagine really happening at your own school.”

On October 17th, a student at West High was sent to the guidance office after a teacher observed odd behavior. The conversation between the student and guidance counselor prompted the administration to search the student’s belongings, where the .357 handgun and ammunition were found.

“The incident really made me realize that almost all schools are at risk,” Peter Larsen ‘15 said.

“I think it was in response to the tragedy in Newtown, Connecticut that served as a real impetus for a renewed focus on our security practices.” City High Principal John Bacon said.

The ALICE framework, which stands for alert-lockdown-inform-counter-evacuate, allows for many similarities to previous security practices, but contains differences as well, the most significant of which is giving the staff the power to determine the best plan of action in the given situation.

“It’s very empowering to know that we now have a broader range of steps available to us, rather than the old way of thinking which was just lockdown, hide, and wait,” Bacon said. “Now evacuating is really the goal. Get out safely.”

Days before the start of the 2013-2014 school year, all City High staff was required to attend an extensive training to practice the new ALICE steps.

“We went through an active shooter training which was lead by the ICPD. The police officers were actually simulating an active shooter event and we had to determine ‘how do we respond?’” Bacon said. “It was a really intense experience.”

Officer Jorey Bailey of the Iowa City Police Department coordinated and lead City High staff through the two hour training, which taught staff how to respond to a violent intruder situation using the ALICE model.

“The training that we provide is a curriculum, a way of responding, a box of tools for employees to respond with,” Bailey said.

Prior to the staff training, administrators received training on the University of Iowa Campus through an instructor and member of campus security.

“They teach you how to effectively lock down a classroom. We learned specific tricks you can do to make it secure,” Bacon said. “The district has done a really nice job of providing training for staff.”
This new sequence of safety procedures also stresses the importance of communication in the case of a crisis situation. 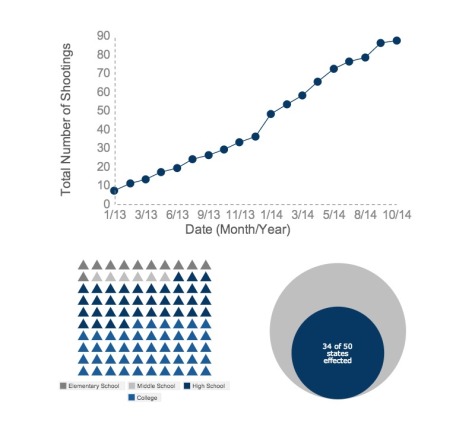 “The ALICE model teaches us to provide specific information to staff using all of the communication tools available to us,” Bacon said. “Having the freedom for the teacher to do a quick check, assess the situation, process what’s being communicated in terms of what’s going on and where, and get the class out is very empowering, liberating, and a positive step to take.”
The National Reaction
On Friday, October 24, another shooting occurred at Marysville-Pilchuck High School outside of Seattle, Washington. The 14 year-old shooter and student opened fire in the school cafeteria, killing one and critically injuring 4 others before turning the gun on himself.

The recent influx in school shootings is causing school and government officials across the nation to reexamine their security policies, looking for possible adjustments to be made to help prevent other tragedies.

“The only way you prevent this absolutely is to have every student empty their backpacks every morning and search every student,” City High hall monitor Chip Hardesty said. “I don’t think anyone’s prepared to do that.”

“Next to putting in metal detectors a gunman is almost impossible to stop before it happens,” Larsen said. “That being said, I question the safety protocol that is in place and I believe the safety protocol should be revised and more thoroughly looked at for all types of shooter instances.”

The Sandy Hook Advisory Commission, a panel created to develop policy recommendations in response to the 2012 Sandy Hook Elementary School shooting, is discussing plans to hold a hearing in order to hear from the victims’ families. Connecticut Governor Dannel Malloy established the advisory board made up of 16 people to give input on areas including public safety, mental health, and gun violence prevention.

Alongside state governments, the national government is also reacting to the increase in these incidents. The recent budget deal in Congress includes $140 million towards supporting safer school environments. According to the office of Iowa Senator Tom Harkin, this is a $29 million increase to previous budgets. Harkin is the chairman of the Senate Health, Education, Labor, and Pensions Committee, which, according to their website, “has jurisdiction over the country’s health care programs, schools, employment, and retirement programs.”
The Future
The ICCSD is in the process of discussing other new security precautions to further improve safety precautions. Some of these changes include new locking mechanisms on classroom doors that lock from the inside as well as the outside, school resource officers, and the possibility of a buzz-in system.

This school year, a few elementary schools in the area have adopted the buzz-in system to further increase safety features. Visitors during the school day will have to press the buzzer and speak into the speaker next to the door. This will ring into the office and office personnel will ask the visitor to identify themselves as well as the purpose of their visit. Security cameras were also installed, so office personnel are able to see who is requesting entry.

“As a parent at Lucas I’m pleased that that’s in place. It prevents just anybody from walking in,” Bacon said. “That would be tougher to implement at the high school level especially at a high school that has open campus and literally 100s of people coming and going regularly throughout the day.”

The idea of school resource officers has also been up for debate. Many schools around Iowa have recently hired one to increase safety and reaction time incase of a violent intruder situation. Aside from the downfall of an added expenditure, Bacon claims the school is doing “quite well without the support.”

“We’ve been fortunate that we’ve not had the need for that [resource officers] necessarily,” Bacon said. “However, I’m of the opinion that if there ever were a worse type situation going on that having that support right in the building would provide a better response time than not having that immediately on hand.”

According to Bacon, the next step is figuring out a way to improve student awareness and involvement in these situations.

“This is scary stuff and it’s stressful to talk about these kinds of things, so it needs to be done the right way,” Bacon said. “Bringing students on board is important and it’s something that the district is in the process of doing.”