As more and more students and educators argue that standardized tests like the SAT and ACT stifle creativity, college admissions teams are looking to GPA and alternative assignments during the selection process.

The Problems With Testing

Well over three million students take the ACT or SAT test each year, and an immense amount of time, effort, and worry are put into these tests, as they can determine students’ future college options. However, a growing number of students, parents, and college admittance counselors are questioning the value of the information these tests provide, and whether they are deserving of the large role they play in the college admissions process. 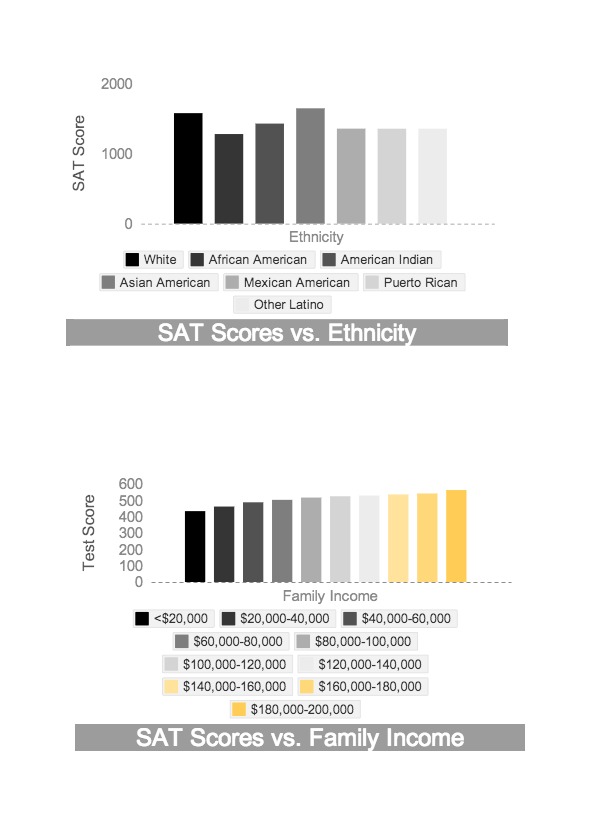 As a City High Counselor, Tara Kolker informs students about college entrance exams and helps them sign up for these tests.

“I absolutely encourage kids to take either of those tests because when you think about the application process for college, that’s a piece of the puzzle,” Kolker said. “Almost all colleges are going to look at your ACT or SAT score.”

Out of the millions of kids that take the ACT or SAT test each year, many will get the score they wanted, but many others will not.

“[Standardized tests are not always good] for kids who have talents and gifts in other areas, like creativity, like art, or creative writing,”Jan Warren, Assistant Director for Student Services at the Belin-Blank Center, said. “Most standardized test like the ACT or SAT don’t measure those areas.”

Students with learning disabilities also experience testing difficulties that can prevent them from achieving their desired scores.

Eddy Galstad ‘16 faces exceptional challenges when taking standardized tests. She has ADHD, and despite having taken the ACT every year since seventh grade, she continues to face adversity.

“[Taking tests is] definitely a challenge because they’re so many different elements to it; ADHD can be so different depending on the kid,” Galstad said. “In my case I am terrible at paying attention. On tests, I’ll look at the test — especially during reading or math — and I’ll drift off into what-ifs. Then I’ve wasted 15 minutes.”

Galstad applied for testing accommodations, which allow her to test in an isolated location with a greater time allowance.

“It’s very different and so that’s why I finally got test accommodations: so I could have extra time to be by myself.”

“I think in a sense it’s a good idea [not to require the ACT or SAT] because not everybody’s a good test taker,” Kolker said. “You can have someone who’s an awesome student; they have great grades, their GPA is awesome, they are involved in a lot of things, but they’re not a good test taker. That makes it hard if colleges are putting a lot of weight on the ACT or SAT score.”

According to a national curriculum survey, the content of the ACT is closer to the material a student has covered in high school than is the content of the SAT — but it is still no more accurate than the SAT in predicting college grades, research has shown.

“Really, the kind of skills that matter in life are to be critical thinking and problem solving, and I don’t think those get measured well on tests,” Daniel Kelly ‘16 said.

The kind of skills that matter in life are to be critical thinking and problem solving, and I don’t think those get measured well on tests”

Even for dedicated students, these tests can be challenging.

“The format of the test is such that you’re under time constraints, and there’s a lot of questions and a lot of information coming at you.  I know that’s definitely something that hurts me,” Kelly said.

Galstad shares a similar sentiment in the effectiveness of the high-pressure tests.

“My testing doesn’t reflect my overall intelligence; I’ll do really well in class and then I won’t do so well on the standardized tests.”

Another problem with colleges relying too heavily on entrance exams, such as the ACT and SAT tests, in the admissions process is it can have negative effects on the diversity of the student body. This could be due to the fact that SAT/ACT scores tend to increase with family income, according to a report by the Washington Post.

“If you’re a student that can show what you know on a standardized test, then it is a good and productive tool for you to get into the kinds of universities that you want to get into,” Warren said. “If you’re a kid that it is not a good tool for, then perhaps you want to look at a school that is going to consider your other strengths.”

Perhaps due to some of these issues with over-reliance on standardized tests in the college admissions process, there are about 850 test-optional colleges in the US — and that trend is slowly growing.

“I’ve heard very little about [test-optional colleges], but I know they exist. I’ve just heard of colleges focusing less on [tests] than they did in the past, and more on cumulative things that can show more about you, like your GPA,” Kelly said.

Recognized as a blossoming trend, there are now dozens of colleges that do not demand to see applicants’ ACT of SAT scores, including Bowdoin, Smith, Holy Cross, Brandeis, Wake Forest and the University of Texas, when in the 1990s, there were only a few. More join the list every year.

Goucher, a 1,400-student liberal arts college near Baltimore, announced a policy this month that a prospective student may apply by submitting two pieces of work (at least one of them a graded high school writing assignment) and a two-minute video, rather than a high school transcript.

Studying for the ACT has affected my classroom work. It’s constantly eating at the back of my brain, because it’s my future”

“I had never thought about [alternative admission requirements],” Galstad said. “I would really enjoy that, because the tests don’t take into consideration additional knowledge students have such as foreign language.”

However, for large public universities, tests can provide a baseline for sorting through tens of thousands of applications, making it unlikely that a university such as the University of Iowa, would ever go test optional.

“Sometimes testing is a way you can just start focusing on a group that you’re going to select from,” Warren said. “There’s an ease [to using test scores to narrow down applicants], and they’re standardized.”

Test optional application policies are also new and untested, meaning colleges have no way of knowing if students will even try these alternative application methods, or if they will be successful.

However the requirement of standardized tests takes a toll on students.

“It’s a lot of pressure to put on a kid to say ‘Look, you need to to do well on this test or you can’t get into the college of your dreams,’” Galstad said. “Studying for the ACT has affected my classroom work. It’s constantly eating at the back of my brain, because it’s my future.”

“If they didn’t require any admissions test I would think that [colleges] would have to do more of like a personal interview to come in and maybe do a class shadow for the day,” Kolker said. “They would have to get to know the students more on a personal level.”