Students participate in the 100 Happy Days challenge to test the effects of social media on their lives. 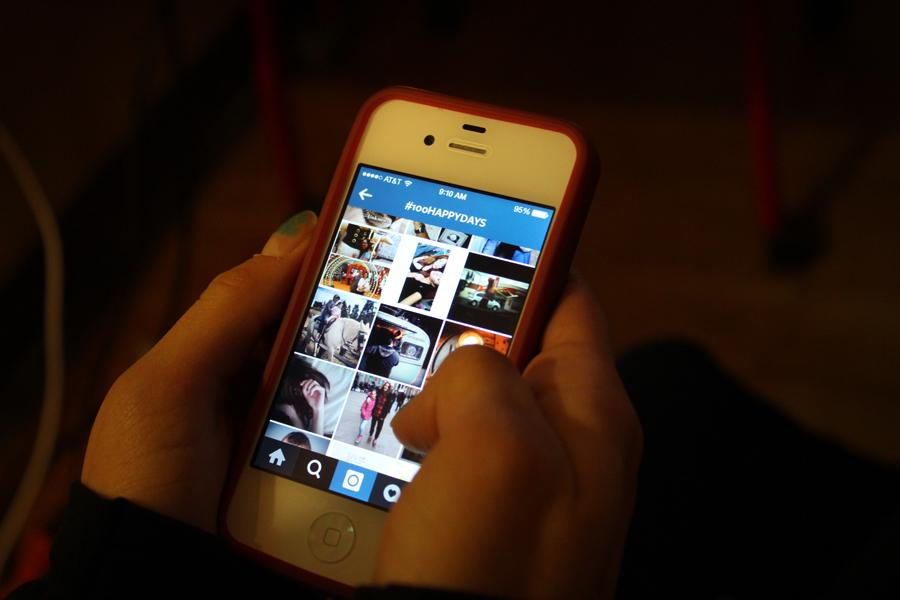 According to the Pew Research Internet Project, 73% of wired American teens now use social networking websites, a significant increase from previous surveys. The shift to social media leaves teenagers faced with new positive and negative challenges.

“I waste a lot of my time on there and I feel a kind of anxiety that I constantly have to be checking up on what other people are doing,” Savannah Haneline ‘17 said. “It’s definitely a distraction from my academics and my extracurriculars.”

Tiphany Phan ‘15 acknowledges that social media can be a distraction but does not consider it bad use of time personally.

“I know how to manage my time,” says Phan.  “It’s not like it takes over my life but if it’s something you’re doing over your responsibilities than probably not.”

Phan has been participating in an online campaign called 100 Happy Days. Each day, for 100 days in a row, participants post a picture on a social media platform of something that makes them happy. The goal is to help participants notice and appreciate happy moments in this fast-paced world.

“You see yourself becoming happier,” Phan said. “and then you see other people being happy as well.”

Since starting 59 days ago, Phan reports she has had a positive experience with the challenge.

“It’s really fun and you just see all these little things that make you happy that you never really notice otherwise.” Phan said.

Jim McMillan ‘17 also agrees that social media can be beneficial, but isn’t interested in getting social media.

“I think it’s a fine use of time,” McMillan said. “I don’t find it appealing to myself.”

McMillan appeared unconcerned about his lack of social media and did not find that it inhibited him socially.

“I feel like I’m not exactly left out,” McMillan said. “I’m not always in the center of all that talk. I don’t think about it all that much.”

Like many teens today, Savannah Haneline has various social media accounts. She feels social media has plenty of beneficial aspects.

“It just seemed like everyone else was getting it, and it was also kind of cool way to stay in touch with everyone and see what everyone is up to without seeing them in person”

Young people discovering their identities has been a challenge in the past and present, Haneline believes that social media can aid teens with self discovery .

“It’s a way for you express yourself.” Haneline said. “It’s also a confidence booster”