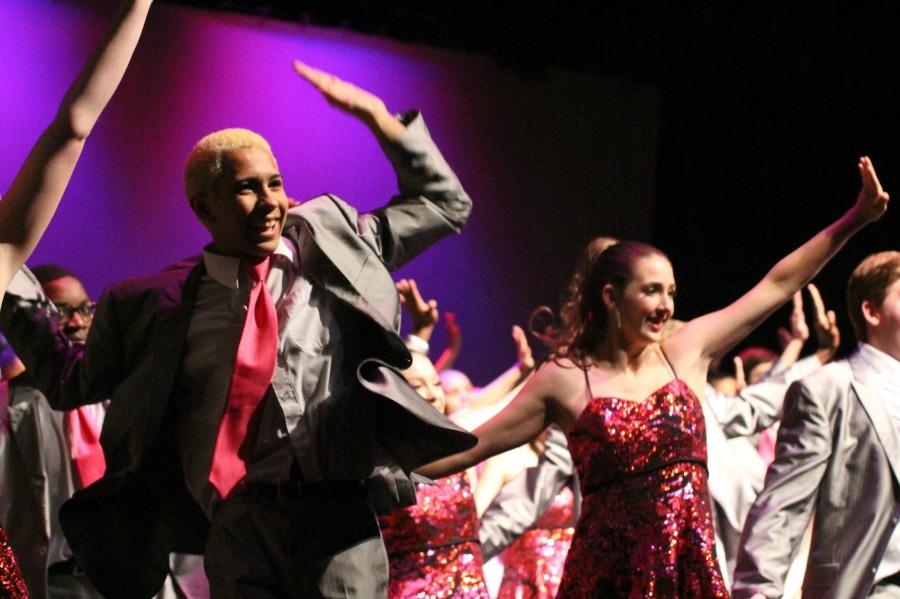 Before heading to their first competition, show choirs from both sides of the river united to raise money for Greater Iowa City Area Student Scholarships (formerly known as Dollars for Scholars).

“We think that the concert’s a great outreach for the community,” Jim Berry, choir director said of pairing up with the organization. “It’s also a great showcase of the talent in Iowa City in the two high schools.”

The concert made over $2700 in tickets, refreshment and DVD sales. This amount was matched dollar for dollar by a parent and local business owner, Kevin O’Brien, which brought the total up to $5400.

“I think that the show went great,” Berry said.  “I’m thrilled with [the show choirs’] performance and growth”