What Does it Take to Fall in Love? 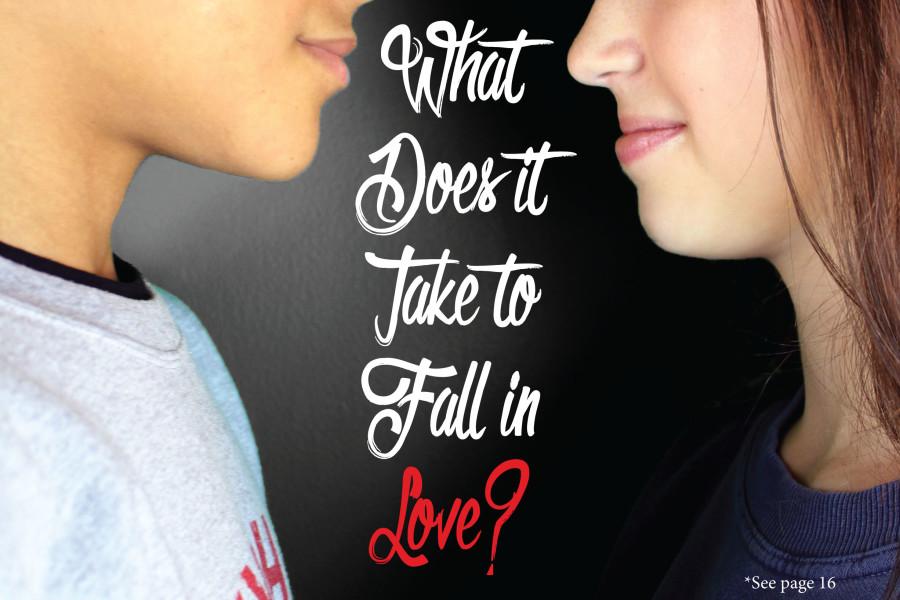 Many of us dream about finding “the one” — a true love, a significant other, a soulmate. Fate is a popular belief, that the right one will come along at the right time, but what if falling in love is up to you? What if falling in love only takes a couple of intimate questions, and a few moments of staring deeply into the eyes of your partner? According to an experiment reiterated by New York Times journalist Mandy Len Catron, love could be that simple.

Inspired by a previous study originating from psychologist and college professor Arthur Aron, which resulted in the marriage of two participants who were previously strangers, Catron took the study into her own hands. Sitting face-to-face with her heterosexual male partner, they begin to ask each other a series of increasingly intimate questions. To conclude the experiment, they silently stared into each other’s eyes for four minutes.

“First, we were in a bar, not a lab. Second, we weren’t strangers,” Catron wrote in her article, noting the differences between her session and Aron’s experiment. “Not only that, but I see now that one neither suggests nor agrees to try an experiment designed to create romantic love if one isn’t open to this happening.”

Another significant, undisclosed detail lies among the differences between the two experiments. Catron was testing for love, but Aron wasn’t.

“Arthur Aron was measuring the effect of his closeness-building task on participants’ feelings of closeness right after the task was fin- ished,” University of Iowa psychology professor Paul Windschitl said. “After all, it’s not that un- usual for classmates who randomly meet each other to go out and maybe even form a relation- ship, all without doing Aron’s task.”

However, even if love was not the intentional result, is it a possible one?

The Little Hawk decided to do some investigating, and we created our own version of this experiment, following Aron’s guidelines as closely as possible. Interested participants filled out an application asking for their age, course load, grade point average, electives, and future goals. Staff members then matched applicants with similar responses. Matches were based on variables Aron took into account in his study: similar views on issues of importance, similar levels of intelligence, and the expectation that the two participants matched would like one another.

The 36 questions involved in the experiment range from the lighthearted (“Would you like to be famous?”) to the more intrusive (“Of all the people in your family, whose death would you find most disturbing?”) with the purpose of causing more disclosure with each question.

“This article presents a practical methodology for creating closeness in an experimental context, so that whether or not a subject is in a relationship, the particular pairings of individuals in the relationship, and the circumstances under which the relationship develops all become manipulated independent variables,” Aron wrote in his article explaining the experiment, “The Experimental Generation of Interpersonal Closeness: A Procedure and Some Preliminary Findings.”

The subjects in The Little Hawk’s version of the experiment were asked to complete a post-interview survey indicating their reactions to the experiment.

“I thought it was a cute idea, and that it was very scientific,” participant Mackie Welter ‘17 said in her post-experiment response. “But then it started to hit me that it might work because we had a lot in common.”

Some subjects were interviewed again a week after the experiment to see if the relationship with their partner had gone anywhere. Most responses indicated that participants had become better friends due to the experiment, but there were no signs of successful matchmaking.

Multiple variables impacted and changed The Little Hawk’s study in comparison to that of The New York Times, or Professor Aron’s, in turn, influencing the results.

“I think Aron’s closeness-building exercise could make two people feel closer than they otherwise would. I suspect this feeling would be short-lived under most circumstances,” Windschitl said. “However, if feeling closer causes future behavior changes, it could lead to a deepening relationship.”