Behind the scenes of Mary Poppins crew 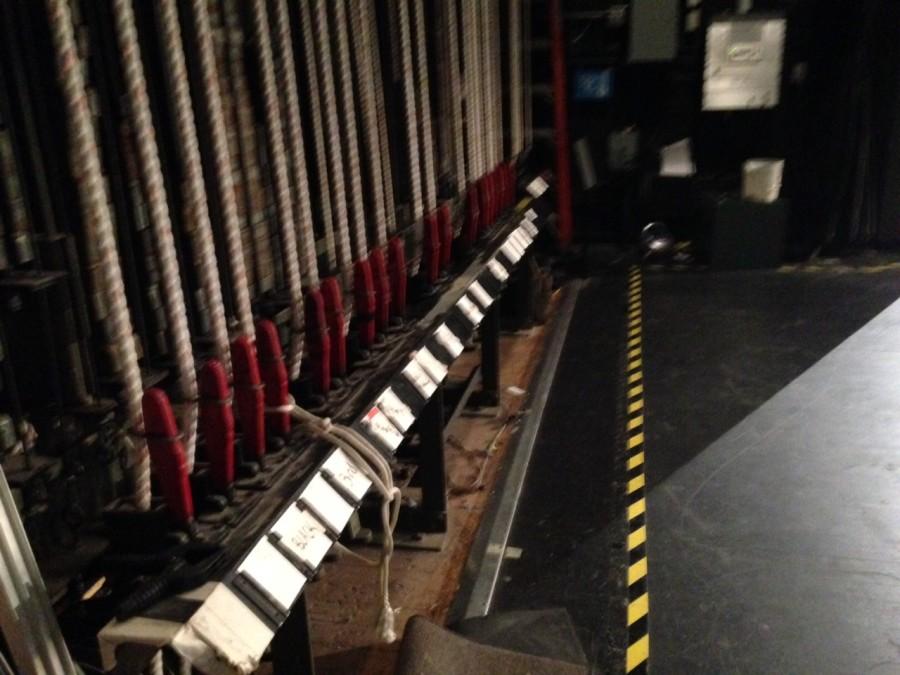 It’s Friday night in Opstead Auditorium. The lights are off, the seats are filled to the brim with children of every age, and the entire room is quiet. Suddenly, Will Barker pokes his head out of a chimney, singing the first song of the night.

The actors have been preparing since February, the costumes have been hanging on racks for weeks. But nobody seems to ask how long the sets have been ready.

City High’s production of “Mary Poppins” received enormous praise for its meticulous sets and design. And everything, from the parlor-on-wheels to the teacups in the park, was built or managed by City High students.

Victor Fesenmeyer, ‘17, has helped on the construction crew for the past four shows City has presented.

“The requirement for being considered a ‘crew member’ of the construction crew is that you have to put at least forty hours in.”

When it came to the amount of time put into building the sets, estimations varied.

Some of the crew, such as Audrey Friestad, ‘18, who weren’t on the construction crew, but rather the shift crew (the students responsible for moving the sets during the show), kept their guesses conservative.

“They’ve spent a lot longer than I can keep track of… At least forty-eight hours.”

Other members of construction crew – Daniel Zirtzman, ‘17, for example – declined to guess a specific amount of hours, but instead gave the abbreviated schedule.

“We’ve been meeting since March for an hour after school with big workdays on Saturdays.”

In contrast, Fesenmeyer offered the rough estimate of 90-100 hours.

Despite the staggering amount of work time put into the construction and management of the sets (no one can master moving a set the size of a small house on the first try, after all), every single crew member was ready and willing to help with next year’s shows.

Stephanie Verdinez, ‘18, was nothing but positive about her experience.

“I found it really fun and a good way to make new friends.”

Although Jessie Shaw, ‘17, was excited for next year, she had some reservations about sets as large as the ones in Mary Poppins.

“[One of the most difficult things about the production was] basically just trying not to get run over by the set.”

One of the shift members, Claire Froeshner, ‘18, admitted that she’d never considered how much went on behind the scenes of shows like Mary Poppins.

“I’ve seen a lot of plays and musicals and I didn’t realize how much work they put in… A lot of work was put into everything.”

Lauren Fehr, ‘18, readily confessed that she hadn’t expected the workload, or the lack of recognition that every crew member receives.

“It’s just as hard as acting. We’re still as good as the actors!” She laughed.