The boys won the game 2-1 in overtime with goals from Victor Brown-Rodriguez '16 and Gabi Baloci '16. 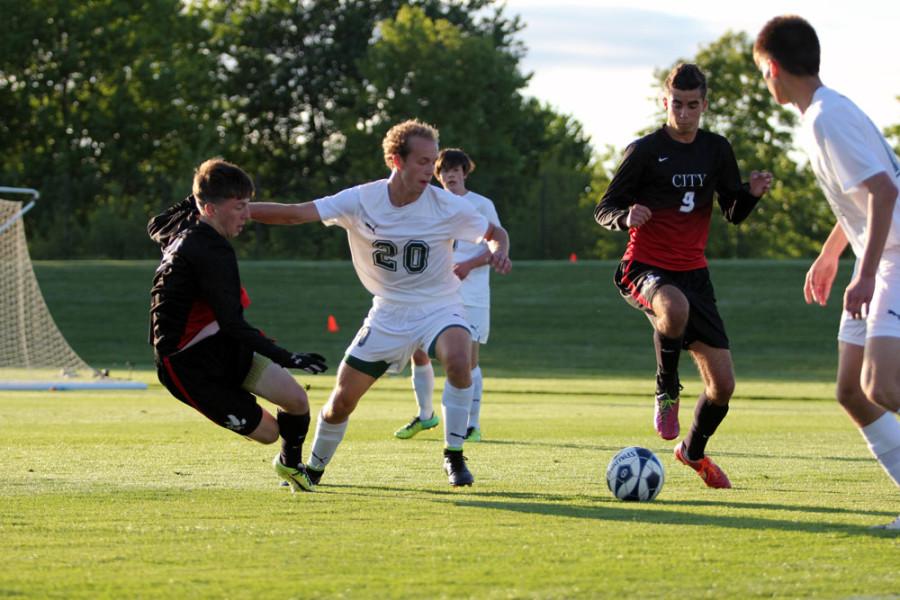 After a tight game, Gaby Baloci '16 talks about how it felt to score the game winning goal in extra time to give the Little Hawks the 2-1 win over West.

Goalkeeper, Daniel Goldenstein '15, talks about what the game was like being in net and making the crucial saves to keep City High in the game.