The Other Green Giant 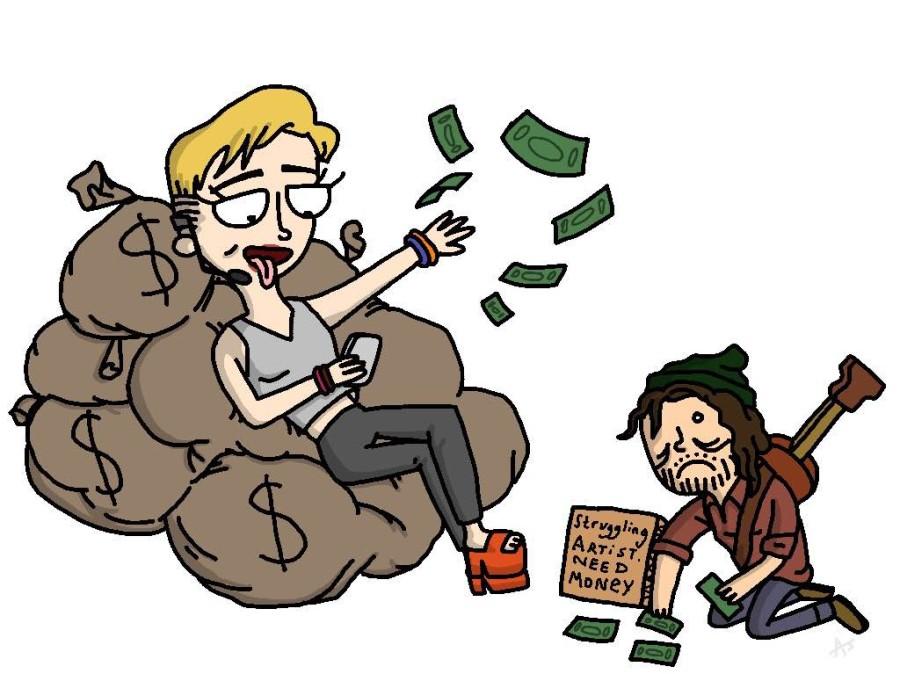 The media has been abuzz lately with news of Miley Cyrus’ various exploits. The former Disney Channel star and friendly neighborhood crackhead hosted the 2015 VMAs (aka the birth of “Miley, what’s good?”) and announced that she would be releasing the free album “Miley Cyrus & Her Dead Petz.” The album is very typically Miley, with grotesque, glittery images representing American party culture and the like. The only real issue I take with it, however, is that it has added to the list of misconceptions regarding the music industry.

Putting out a free album isn’t unheard of; it’s been done by many other groups, such as Radiohead, Run the Jewels, and David Byrne/Saint Vincent. The primary difference is that Miley Cyrus–unlike these other artists– is very much a product of the pop industry. Because of this, she doesn’t lose or risk anything by releasing a free album. For most of the music industry, however, releasing a free album is very difficult financially. In an interview with the New York Times, Miley said, “That’s what I’ve got the luxury to do, I can just do what I want to do, and make the music I want to make.” This is true, she definitely has enough money to be able to put out a free album, and power to her for that. However, it’s important for the common consumer to note that the pop industry isn’t representative of the rest of the music industry, and that just because Miley has the resources to give her music away for free, it doesn’t mean that all music ought to be free. People gotta eat.

Miley’s actions have also driven a cyber wave of criticism toward Taylor Swift for her open letter to Apple regarding her decision to withhold her album from their new streaming service Apple Music. The move was bold, but powerful– Apple responded to her letter within hours of its publishing, agreeing to pay the artists during the three-month free trial period of the service. Her success in coercing one of the biggest corporations into fairer practices shows how a popstar should be using their recognition to stand up for artists of all genres and levels of fame. It’s truly an amazing feat, one that would make even His Purple Paisley-ness, Prince, smile with pride. Nevertheless, many Miley fans took to the internet to call her selfish and greedy, which just goes to show how little people know about how the music industry functions.

What you need to know is this: artists are earning an all time low for the music they put out. Music pirating has always been an issue, but there has also been a rise in streaming services, which inherently have the issue of depriving musical artists of their income by distributing the majority of the revenue between the artist’s record label and the streaming service CEOs themselves. This is the base issue, but most streaming services have other documented sketchy activity; Time Magazine observed a discrepancy between the sum Spotify claims artists earned through streaming services, and the actual sum the record label recorded. To keep T-Swizzle as an example, Spotify claimed that she had earned roughly $2 million from global streaming, when in reality her record label (Big Machine) received a little less than $500 thousand. Only $500 thousand?! I know. But this is Taylor Swift we’re talking about– someone who has been at the top of the pop industry for many years. Now consider what those discrepancies mean to someone who is trying to start their musical career. Essentially, the rise of the internet and multi-million dollar streaming services has created a musical playing field that is nearly impossible to navigate, and no matter what information we take away from ex-Disney stars, it is important that we seek the truth always so that we can support the artists we love.