The story of an elementary school crush that turned into a one-way relationship. 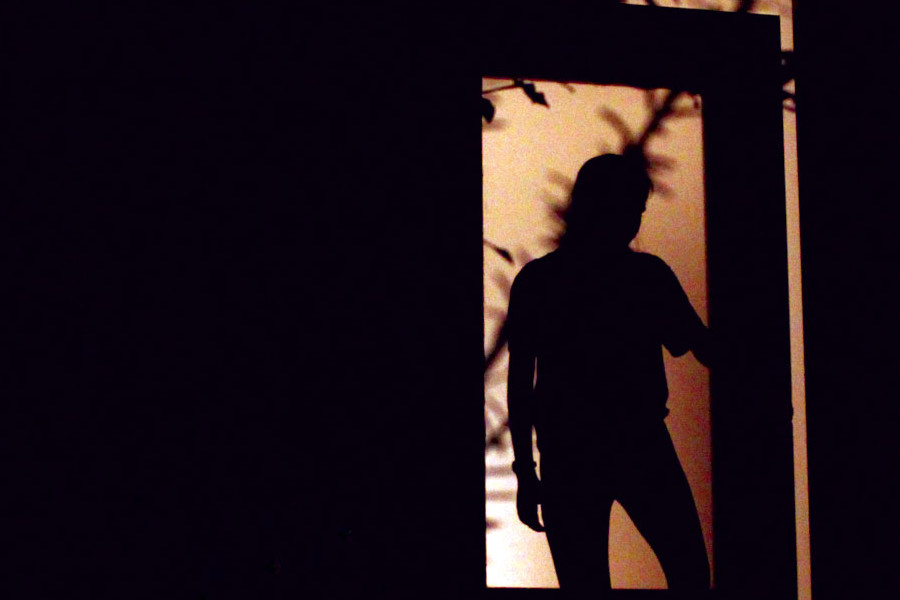 She never felt like she was in danger. He had been in her class in elementary school. He showered her with attention and compliments, which she thought was normal. He didn’t seem creepy; if anything, he was a source of entertainment for her and her friends.

For the past two years, Lisa* has had a stalker.

“At first I just thought it was kinda funny. In our sixth grade yearbook he wrote, ‘My favorite thing to do at Longfellow is talk to Lisa.’ All of my friends thought it was really funny and at the time I did too,” she said. “But then it turned into a bigger thing than I thought it was.”

After multiple moves, Johnny* seemed to just disappear, and Lisa soon forgot about him. Then, late last winter at a City High basketball game, someone familiar appeared in the student section.

Soon after, Lisa began to receive love letters and strange phone calls from Johnny. He would profess his feelings for her and would get angry when she didn’t reciprocate.

“He would tell me he loved me, he’d say ‘You’re so beautiful,’ and that I was the one for him, and he would always bring up that I told him I loved him in elementary school, even though I never said that,” Lisa said. “And then he would start cussing me out and getting mad. I always felt like there was the potential to be in danger if he tried to come find me, but he never really threatened me besides telling me he hated me when I didn’t say I loved him back.” 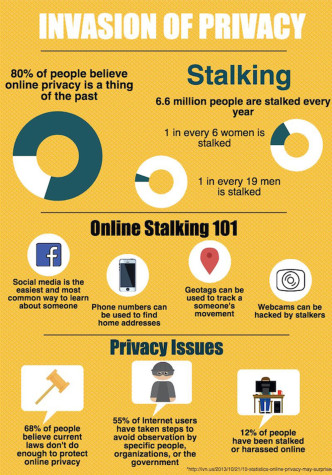 Lisa’s is not a rare case; According to the National Center for Victims of Crime, the majority of stalkers know their victims. Even when he was angry, Johnny kept calling Lisa. But the calls weren’t directly from him; they were from a corrections officer at a juvenile detention facility.

“I don’t know why he was in juvie. He was just calling me from jail one day,” she said. “He would say, ‘When I get out of here I wanna come see you, I wanna be with you,’ and ‘I miss your long dark hair. Did you cut it?’”

Many cyberstalkers are mentally ill or unstable, but that isn’t always the case. Some of them just want to get something out of the victim. Johnny believed that he had a special relationship with Lisa, and he simply wanted reassurance of that.

“I guess he felt like we had something even though we never did,” she said. “It was elementary school, it meant nothing. I never liked him, I just thought it was funny that he liked me so much.”
When Lisa failed to give him what he was looking for, Johnny increased his his stalking and began to use social media to track her down.

“I didn’t get any letters for a while, but he would always try to friend me on Facebook,” she said. “He made multiple accounts trying to contact me, but I would block them every time.”

At first, Lisa chose not to say anything to her parents about Johnny, hoping that it was just a phase. But he was simply taking advantage of the access that social media granted. Cyberstalking has become one of the most common forms of stalking, with 1 in 4 stalking victims experiencing some type of cyberstalking (John Carroll University). As things continued to escalate, Lisa decided to tell her parents.

“They were like, ‘Who is this guy?’ And I told them it was Johnny from elementary school,” she said. “They told me that it wasn’t normal and if I got any more letters we needed to do something.”

According to the group Working to Halt Online Abuse, 76% of cyberstalking cases escalate, with 25% leading to threats of physical violence. Lisa decided to deal with her stalker before it got that far. This past summer, her mother contacted someone in the police department, who was able to convince Johnny that he needed to stop contacting her.

“I just wanted it to stop immediately because I knew that if it continued when I was older, it could really become a problem,” Lisa said. “I’m just glad I dealt with it.”

Fortunately, confrontation from an officer was enough. Lisa hasn’t had any further issues with Johnny.

“The police said that usually when it’s kids that are stalking, they will stop after authority steps in,” she said. “So it hasn’t been a problem since then.”

Even though the stalking has ended, the experience has stayed with Lisa. At times she finds herself paranoid that he might still be looking for her.

“There’s this one episode of Criminal Minds about this girl who is being stalked and that freaked me out a little bit,” she said. “But thankfully he never came and tried to find me. I was kind of nervous that he might actually show up at my door one day.”

In addition to looking over her shoulder more often, Lisa is also more cautious about how she uses social media. Networks like Facebook and Twitter have millions of users, which means all of their personal information is readily available for anyone who’s willing to look.

Every online account or service asks for seemingly harmless information: a name, an email address. But even this is enough for the Internet to work its magic- it looks through a person’s online history, finds their interests, needs, and wants, and then personalizes their online experience to fit their findings. While this is handy as a consumer, as a private citizen it seems a little invasive. These days, online privacy is increasingly a thing of the past.

“I keep everything private on social media, and I go through the people who want to follow me. If I don’t know them I block them,” Lisa said. “I definitely think it is easier to stalk people because you can really find anything on the Internet.”