City advances in the regional tournament, and will play West High on Thursday, October 29 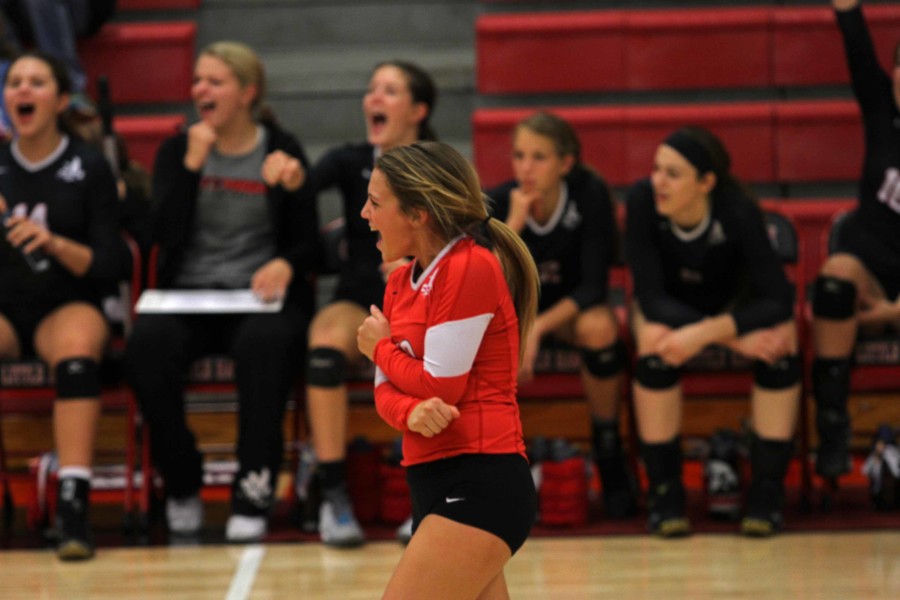 City High beat Davenport West in three sets (25-5, 25-13, 25-7). In under an hour, the Little Hawks advanced to the semi-finals of the regional tournament.

Outside hitter Shannon James ’17 has been nursing an injury for the latter half of the season, and Ashley Smith ’16, who usually plays libero, has been filling in for James. Smith also has a knee injury, but has been playing through it for the past few weeks.

While these injuries in the starting lineup have posed a challenge for the team, last night’s match is proof of their overall improvement throughout the season. City faced Davenport West at a tournament in September and narrowly beat them (21-12, 20-22, 15-13).

The team will face cross-town rival West High this Thursday to qualify for the final round of Regionals. The game will start at 7:00 pm at West High School on Thursday, October 29.