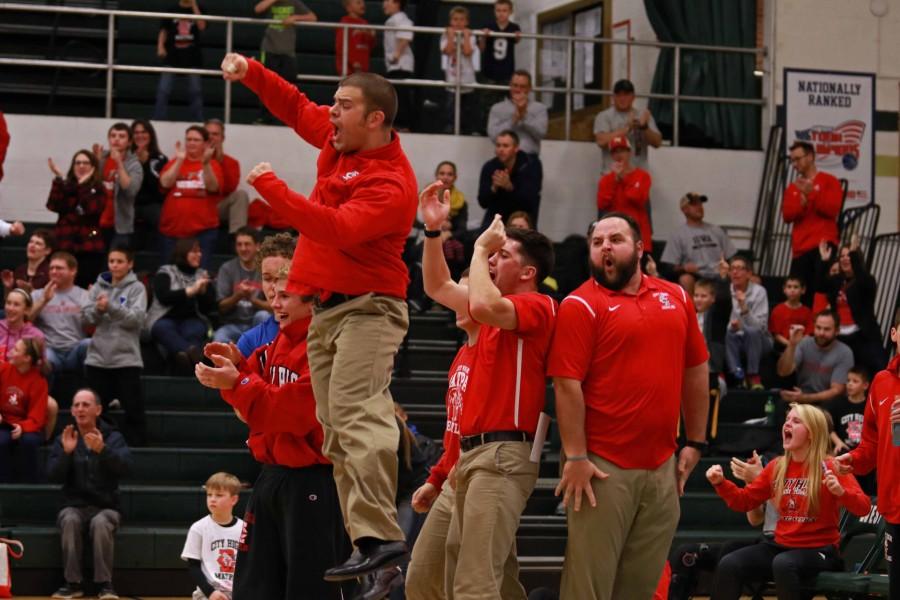 In a solid away meet victory, the Little Hawks defeated the West High Trojans 42-28, going 8-6 on the night overall. It was City High’s first win against West High since 2002. The meet started with a pin from Brock Hunger ’17. Other highlights of the night included a pin by seniors Daniel Kelly, Jacob Powers and Nic Jarvis.

“In the end the team wrestled hard and we got the [win], which was alway nice. Especially against [our] rivals.” Jacob Dykes ’18 said.