City Falls To West In 4A Substate Finals

Little Hawks fail to perform at the US Cellular Center against crosstown rivals losing (30-50) ending their season. 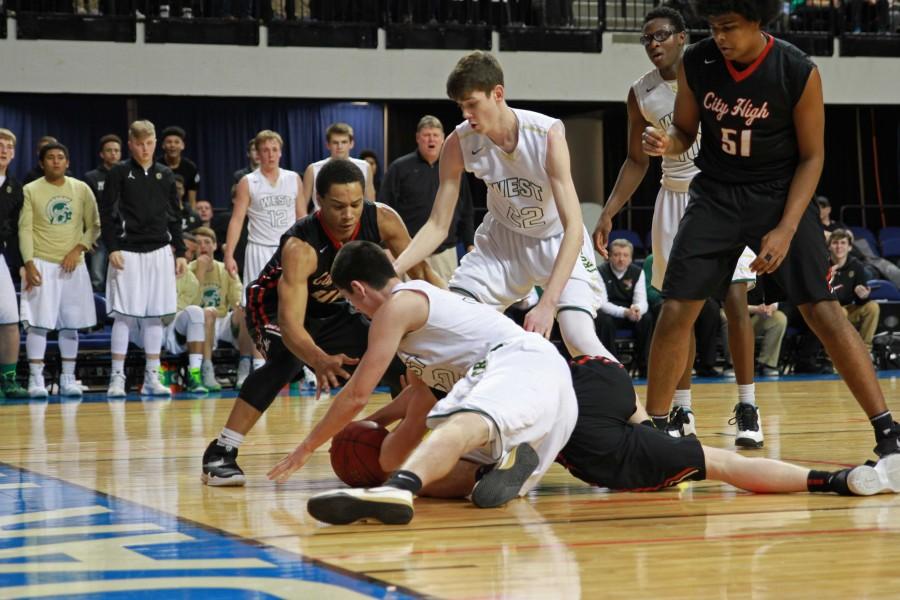 The Little Hawks fell to the Trojans 50-30 at the U.S. Cellular Center on Tuesday, March 1 to end their season.

“It’s a battle, and I thought our kids battled very hard, especially in the first half. [West] kind of got some easy baskets in the second half, but overall I thought we battled hard, and we knew it was gonna be a tough game coming in,” head coach Don Showalter said after the game.

City High kept it close early, and had a 11-10 lead at the end of the first quarter. To begin the second quarter, both teams struggled to score. West took the lead to begin the second, but were able to cut the lead to 17-15 at the half after a bucket and free throw by Chuck Johnson ’17. West opened up the second half on a run, and a dunk by West’s Wali Parks ’16 made it 28-15 in the third. The Trojans never looked back, and advanced to state.

City was led by Chuck Johnson ’17, who led the team in scoring, finishing with nine points, as well as five rebounds. Jason Jones ’16 also added seven points and five rebounds. Naeem Smith ’17 led the team with five assists. The Little Hawks struggled shooting throughout the game, shooting only 36% from the floor, and 11% from three. The Trojans were led by Tanner Lohaus ’16, who shot 66% and scored 15 points.

“We played hard, we were playing a team like Iowa City West, who we beat previously at our place, but they have four or five division one players on the court,” Showalter said.