With the addition of two new coaches and high performing freshmen, the City girls are hopeful for what the future holds. 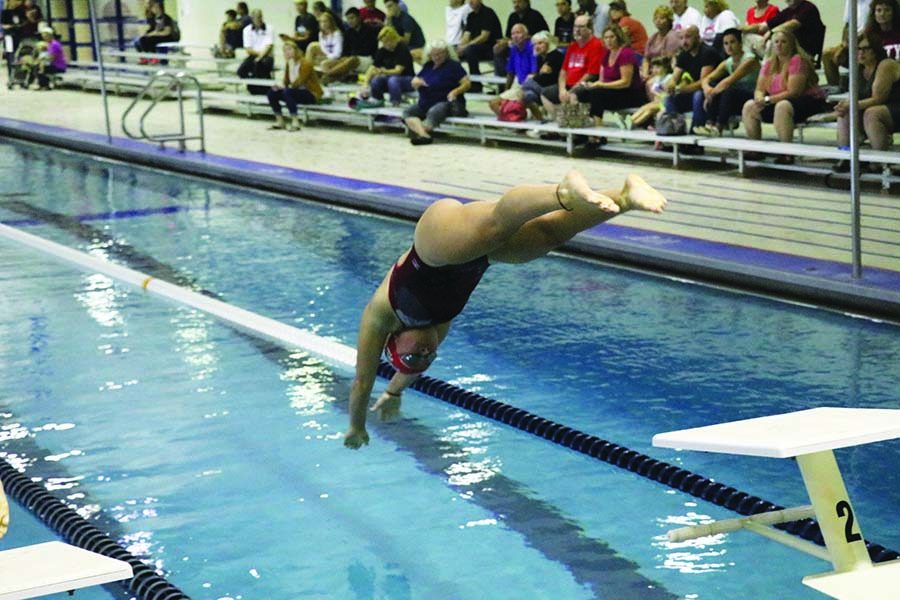 Captain Devan O'Rourke '17 hears the buzzer and dives into the water.

With a new wave of freshmen, the City High girl’s swim team has started the season off strong. An opening loss to Cedar Rapids Washington was followed with crushing victories against Williamsburg and Dubuque Hempstead.

“We’ve started to actually win,” Captain Devan O’Rourke ‘17 said. “I’m very happy that many of these girls have begun to participate.”

The latest stats stack in favor of City; the girls have won two of their first three meets. Returning varsity letter winners such as O’Rourke, Beatrice Kearns ‘19, and Laura Lorenger ‘18 are all experiencing success. Though new to the team, freshmen Carly Weigel ‘20 and Trinity Sadecky ‘20 have both swam well for the Little Hawks. The JV team has also been expanded with seven new freshmen this year, bringing the team up to 28 girls, making them one of the largest teams in the district.

“Swimming is not always about how fast you go,” O’Rourke said. “It really all depends on how many people you have. If you win first you only get three points and if you’re the only one in the race the other team will score all the other points.”

Coach Zane Hugo has led the Little Hawk girls for the past two years, beginning his third now.

“The girls swim team has had a rough patch for the last two years,” Hugo said, referring to his first two years. “I think this year is going to be different.”

They are joined by two new assistant coaches: Allie Orvis, a recent graduate of the University of Iowa, where she swam for the Hawkeyes, and City High teacher Stephen Cimaglia.

“I’ve only been here for few [weeks],” Orvis said when asked to comment how she liked working for the team. “Sometimes it’s a bit of a struggle with balancing coaching and my job but I enjoy it.”

Led by experienced swimmers and new coaches, the Little Hawks have high hopes for this coming season. Coach Cimaglia is excited for the coming weeks.

“We are going to do great,” Cimaglia said.