Cross country may be competitive, but when it comes to sportsmanship, Evan Hansen knows his priorities. 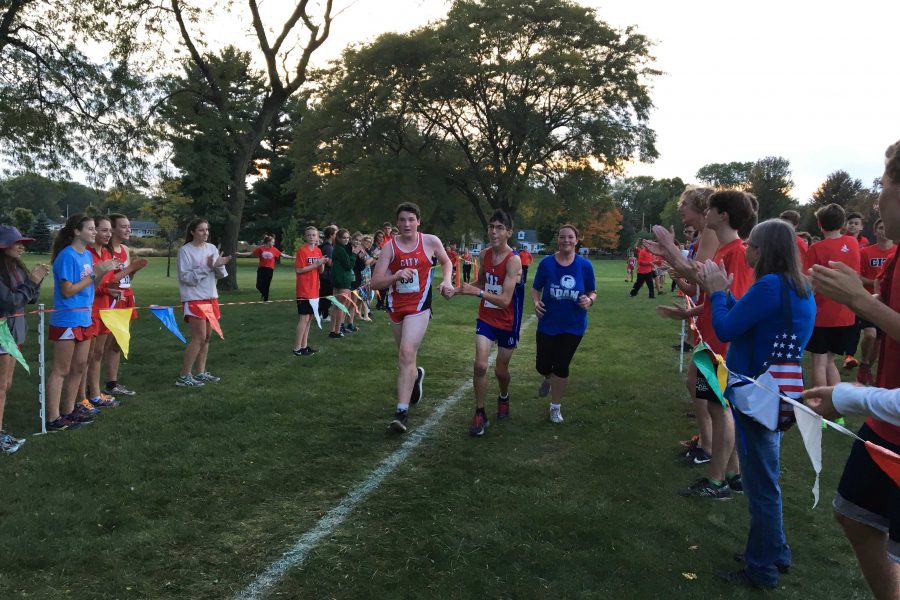 In the middle of the JV boys cross country race, Adam Todd ‘18 of Washington High School in Cedar Rapids ran off the course and towards the street. Little Hawk Evan Hansen ‘19, in the middle of his own race, saw what was going on and decided to help.

“Evan literally went off the course, forgot about his own race for a second and did the right thing and got Adam back with him,”  Todd’s coach, Will Harte said.

Todd suffers from multiple medical conditions including cerebral palsy and epilepsy. At the MVC Supermeet in Noelridge Park on October 6, a girl collapsed, and an ambulance arrived as Todd and Hansen were running their race. Ambulances often distract Todd, and he veered off course, heading for the street. Hansen was running by and noticed Todd straying. Hansen took Todd by the hand, and led him through the last mile and a half of the race.

When asked how the two helped each other, Hansen said, “He… helped me along the last half but I think I helped him get back on course and probably finish the race faster than [we] would have.”

After finishing their own races, teammates of Hansen and Todd lined the course to cheer them on. The entire time, Todd was smiling.

“They finished together, it was very touching, and that’s what cross country is all about,” concluded coach Will Harte. Although City High finished first in the meet, and Washington finished tenth, Hansen’s actions brought the two teams together.