LIVESTREAM: City vs. Bettendorf for the District Championship 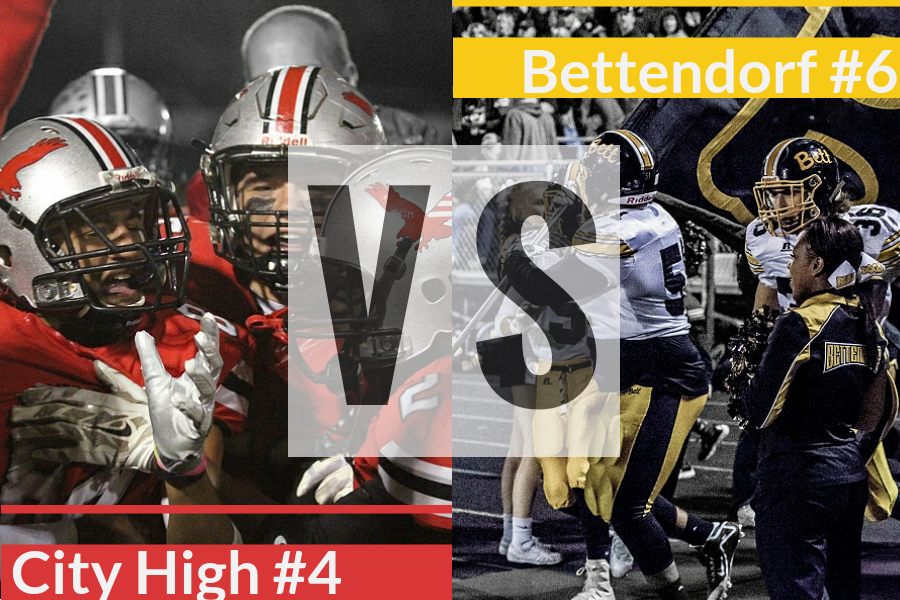 City High takes on Bettendorf for the district seven championship tonight. Both teams are 3-0 in the district coming in to tonight’s game. The Little Hawks defense will look to slow down a Bettendorf offense that averages 39.3 points per game in district play. City High’s defense has 11 interceptions so far this season, second best in class 4A. Bettendorf’s offense is lead by a potent rushing attack and running back Keegan Glaus ’17 who has 11 touchdowns and averages over seven yards per carry. The Bettendorf offense line also is headed by tackle Mark Kallenberger ’17. The 6’6″ 260 pound lineman is an Iowa commit and will be the guy to watch on the Bulldogs offense.

While the focus will be on Bettendorf’s offense vs. City High’s defense, the Little Hawks’ offense will also be interesting to watch tonight. Bryce Frantz ’17 has 13 touchdowns this season. Bettendorf’s defense forced a shutout of Davenport North last week.