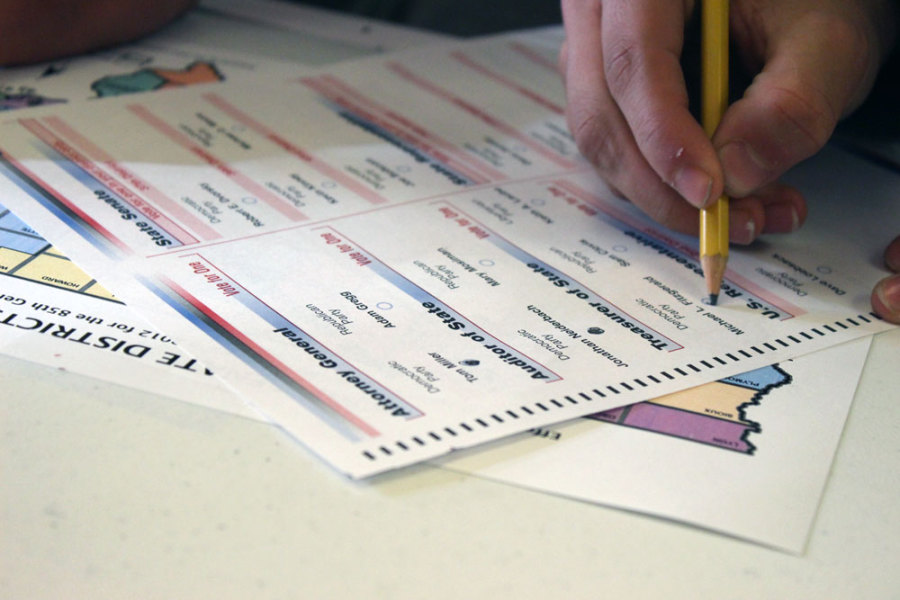 While the presidential election may be over, the political turmoil it has caused rages on. Who we want to be as a nation and what we want our democracy to represent are not easy questions to answer, but ones that becoming increasingly important to the future of this country.

When the electoral college was created, it was meant to create a balance between popular representation, the system used in the House of Representative, and equal representation by state, the system used in the Senate. In order to do that, it gives disproportionate representation to smaller states that would be otherwise unimportant. It was also meant as a check on the power of the people, who the Founding Fathers didn’t trust to choose a qualified president. In Federalist 68, Alexander Hamilton defended the process, saying that the Constitution was designed so “that the office of President will never fall to the lot of any man who is not in an eminent degree endowed with the requisite qualifications.” In order to do so, the electoral college gave the final choice to “men most capable of analyzing the qualities adapted to the station and acting under circumstances favorable to deliberation.” The fear was that the people, lacking information or understanding about the candidates or the presidency, would elect an unqualified, ill-suited leader to the highest seat of power in America. Given the results of the recent election, that plan appears to have backfired spectacularly. That’s because the modern electoral college does not work the way that the Founders intended; rather than being free to follow their conscience, electors are bound to the popular vote to prevent the theft of an election. This creates a dysfunctional system where the results are simultaneously decided by and not bound to the popular vote, yet the group making the decision no longer has the autonomy to act with their conscience.

While the election may be over, the problems with the electoral college remain. More than just not working the way it was intended, the basis of the electoral college is the disenfranchisement of voters. Due to the electoral college, the 107,000 votes that cost Hillary Pennsylvania, Wisconsin, and Michigan were worth more than the 2.6 million votes that she won the popular count by. Those votes came mostly from California and New York, unsurprising given that the electoral college was designed to favor smaller states over larger ones. For example, California, New York, and Florida electors represent half a million people each, giving them the weakest voting power of all electors from all 50 states. Wyoming electors, in comparison, represent a population of 143,000 people, giving them the strongest. But the electoral college doesn’t just prioritize small states over larger states; it also gives disproportionate power to swing states. States that vote reliably in one direction lose their influence over candidates’ policies, and swing states, which decide the election in the electoral college, gain considerable leverage over the candidates. Also in those partisan states, voters who belong to a minority political party or ideology also lose their power as their votes are all but useless with the winner-take-all system. The millions of Republican voters in California and the millions of Democratic voters in Texas have no voting power in this system. While this does bolster the representation and influence of otherwise unimportant smaller states, particularly swing ones such as New Hampshire or Iowa, it does so at the expense of millions of people. There is no reason that voters in a small state should be worth more than ones from a larger state. If a state has less influence on the nation because of it, then it is rightfully so because the state is a smaller part of this nation. Disenfranchising voters and making larger states less important is nothing but a bastardization of democracy. The representation of small states in government is important, but there are better means of representation than the electoral college.

Unfortunately, there is no easy solution to the problem of the electoral college. Any movement to abolish or replace the electoral college on a national scale would require a Constitutional amendment and would be likely to face strong opposition from the states that benefit from it. Likewise, any movement from the states to alter the college would be patchwork due to the individual goals of each state. Even if it were possible to switch to the popular vote or proportional representation, there is still the concern that small states will lose all power they have in the election. But despite their unlikelihood, solutions do exist, and the solution is not necessarily doing away with the electoral college completely. A system of proportional distribution of electors according to the popular vote could achieve the same ends. It could even retain some power for the smaller states if there was a threshold candidates had to reach in the popular vote before they could claim their share of electors from a state. But whether it is going to the popular vote or moving to proportional representation, the current system has to change. For the millions of people whose voices were silenced, the democratic principles this nation was founded upon demand it.