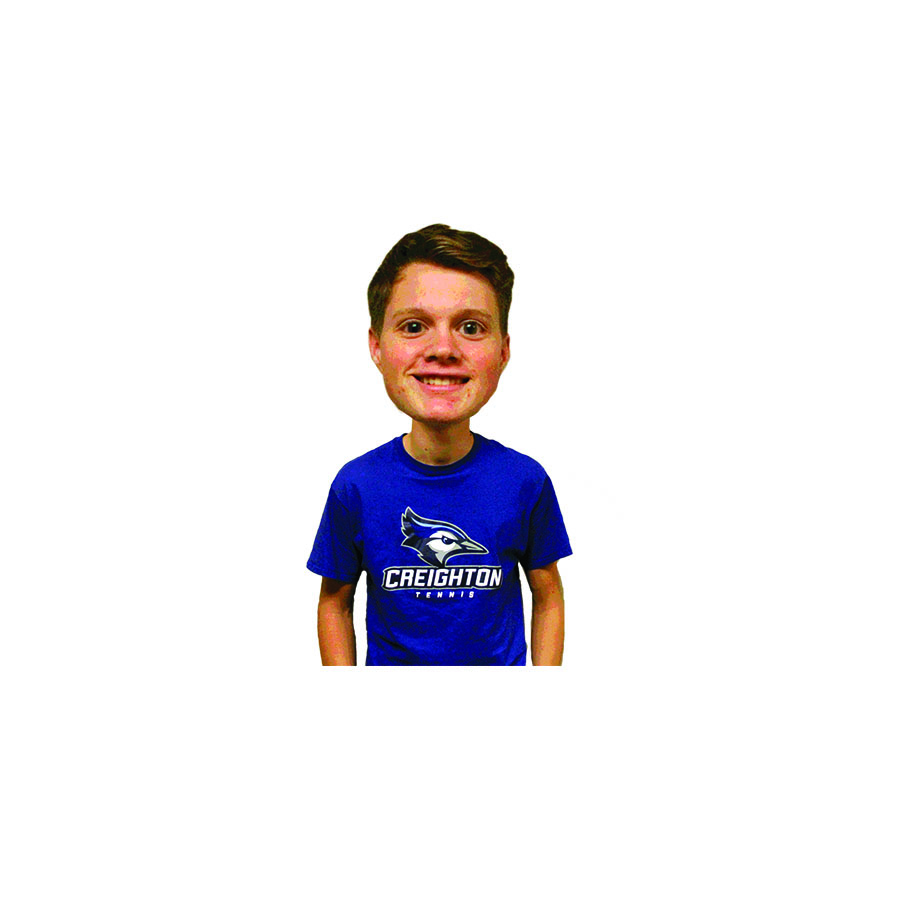 Joe Hoff has played tennis since he was around seven years old. Hoff first began contemplating the idea of playing tennis at the college level has been something during his freshman year. Prior to that, Hoff played baseball, soccer, and basketball. Hoff felt that he had to quit those to focus more on tennis with playing tennis collegiately as the ultimate goal.

In order to help prepare himself for the college level, Hoff has sought out coaching from professionals of the game, including Matt Hagan, the assistant men’s tennis coach at the University of Iowa, as well as Sarah Borwell, a British doubles professional player.

Last month, Hoff took the next step towards his goal as he committed to play tennis at Creighton next year. He was also considering Luther, Case Western in Cleveland, Coe, and Iowa. Hoff says that as a future business major, one of the reasons he ultimately chose Creighton was because he was drawn to Creighton in part because of its business college. He had been considering Creighton as one of his options since the beginning of his junior year. While he took into account the level of academics there, he also liked the high level of Division I tennis that the Blue Jays play at.

“There were a lot of players who were at a right level that would both challenge me and to help improve me as well,” Hoff said.

Hoff isn’t quite sure about the opportunities that he’ll get to play singles, but will play doubles in his first year.

Tennis is a unique sport in that, unlike other sports, where most (or even all) of the recruiting comes from playing for your school during the school season, a lot of the attention tennis recruits receive is based off of their individual performances in tournaments outside of the school season, and only a small part of it is the school season. However, this will change when he gets to play at the college level, as he’ll be attending matches with his teammates.

“Most of my tennis has been individual and going to tournaments individually, so I’m looking forward to having it be only with a team and having more connections when you go around and play,” Hoff said.