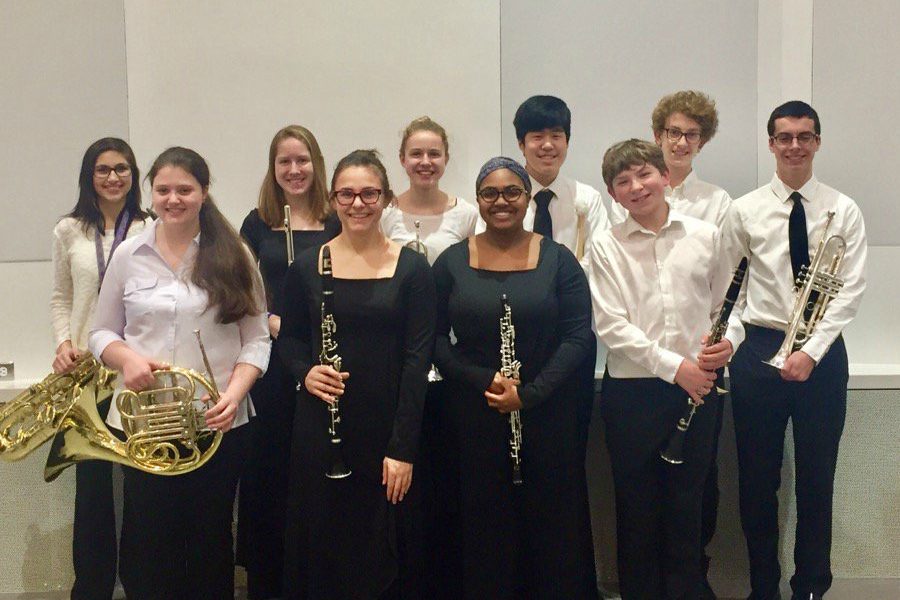 Flute-player Lindsey Parrott ‘18 felt prepared for her audition due to her experience auditioning for All-State in October, and had been playing through the music since August.

“It was more nerve-wracking for the recall because you can hear people better when they’re auditioning and they all sounded really good,” Parrot said. “It’s such a short time frame that you feel like if you mess up, the judges won’t really hear how you are as a player.”

Clarinetist Michelle Jennings ‘17 said her nerves did not kick in until she was recalled.

“I wasn’t really nervous until right when they called my name, but it wasn’t too bad. I felt better than last year, because last year I definitely didn’t put as much work into my audition, so this year I practiced more and I felt pretty good,” Jennings said.

Both Parrott and Jennings spent a lot of time over winter break playing through audition materials.

“I would practice for 20-30 minutes each day, playing through all scales, etudes and my solo,” Parrott said.

Out of the ten band members accepted, seven were freshmen.

“I think it’s a good thing for the bands and Wind Ensemble, since there are a lot of seniors leaving,” Parrot said. “That just speaks to the strength of the program, if that many freshman can get in in their first year.”

The SEIBA Honor Band concert will be January 21 at the University School of Music.