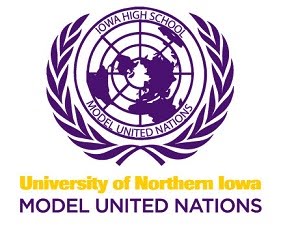 The Model UN conference is fast approaching, but there is one thing that club advisor Steve Dodge doesn’t have to worry about this year: an empty delegation.

“This is one of the strongest years we’ve had,” Dodge said. “We have three countries and about ten or twelve people on a waiting list. We’re looking [at] a good 25 [or] 26 people.”

The club, traditionally a smaller one at City High, has had trouble filling out their countries’ delegations in the past. However, the club has seen a surge in membership this year, causing Dodge to request an additional country: Norway. Along with Norway, City High students will be representing China and Japan.

Madeline Deninger ‘17, a four year member of model UN, thinks this expansion is a good sign.

“We have a bunch of people who haven’t done it before, including some juniors and seniors,” Deninger said. “With the experienced people coming back, I think we’ll be a really good delegation.”

Dodge is excited about the expansion of the club.

“It’s really valuable for making [the students] long term citizens who are really concerned with how to improve the community, “ Dodge said.

He and Deninger believe that this growth is good for both the club and the students, as the club can help them develop important skills.

“It forces you to look at an issue from something other than the American point of view,” said Deninger. “You don’t have to agree with it necessarily, but it’s important to understand where other countries are coming from. I don’t think that’s something that’s easy to do.”

The club’s competition will be held on April 6th and 7th, at the University of Northern Iowa. At the conference, students will represent their countries while working to pass resolutions on international issues. Looking ahead, Deninger has a lot of optimism.

“This year we have some conflicting views within our countries and some very key players,” Deninger said. “Hopefully we are going to be able to really take on those roles and represent those countries. It’s going to be fun.”