In the midst of growing enrollment in the public school system, the Iowa Senate has debated how the state budget should be allocated towards education. 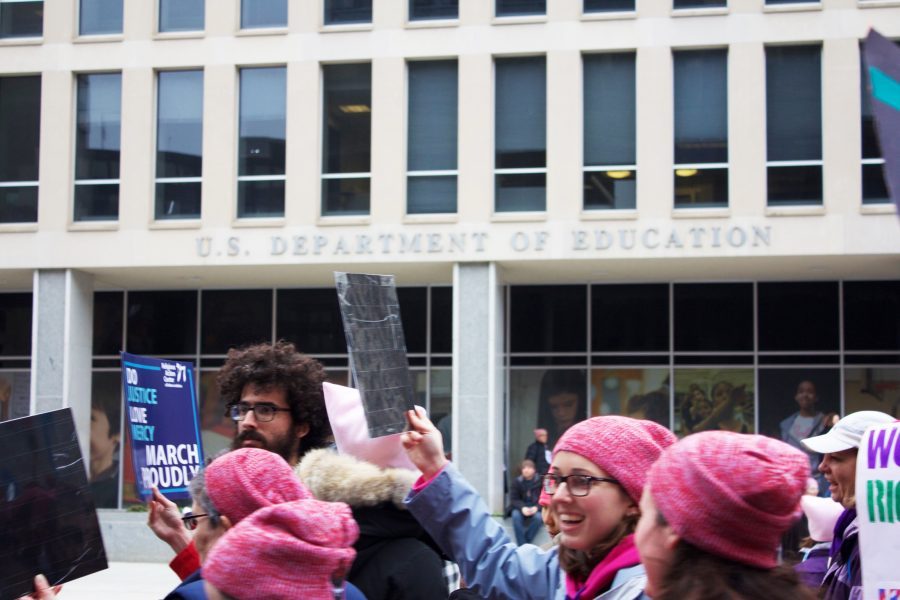 On February 2nd the Iowa Senate approved a 1.11% increase in state funding for education, an amount around $40 million. Senate Democrats, however, voiced strong concerns that this would not be sufficient for the coming years, citing growing enrollment and possibilities of laying off teachers, cutting supplies short and reducing course offerings. Governor Terry Branstad had called for a 2% increase instead, which some would have preferred as a form of bipartisan cooperation.

This clash of partisan ideas of how to best approach education has become especially heated after the 2016 election. November 8th left Republicans in control of Iowa state government, and many educators are concerned about the amount of money the state will be willing to provide to school districts.

“Providing adequate funding for education is just so huge, there are so many different things we can do to help teachers and administrators support students,” Ryan Ahlers, a special education teacher at City High, said. “If people feel supported they will be more excited about what they do on a daily basis.”

Once the state has actually allocated a certain amount for the schools, the districts can then use these appropriations to fund things like special education. Ahlers main job is to help students with individual education plans (IEPs).

“I work with kids who have behavior variables and try to help them become successful through providing structure, teaching them some classes but also mainly being there for behavior support,” Ahlers said. “A lot of special education teachers end up having to use an adaptive curriculum and so the budget obviously has to be able to support that.”

According to a 2014 study by NCES (National Center for Education Statistics), 14% of students enrolled in public schools in Iowa have IEPs.

State budgets for education continue to remain lower than they were before the Great Recession. Even though the recession is over now, lawmakers are still hesitant to raise taxes again, even continuing to cut them.

“All the education funding that comes to City High and West is state appropriations,” State Senator Joe Bolkcom said. “The state sets the amount and we collect it through state taxes and through property taxes so we put the same amount of money behind every kid in the K-12 system.”

Being able to put an equal amount of money behind every student comes into debate when looking at the voucher system. Vouchers allow parents to choose which school their child attends, with the money allocated to that student going to fund that particular school.

“Obviously we are struggling right now to be able to support our public schools,” State Representative Mary Mascher said. “If they put vouchers in place, that’s more money that will be shifted from public school students to private school students.”

Mascher herself spent over three decades as an elementary school teacher before shifting to government.

“Now I can still have an impact and certainly have a voice in the house in terms of what the agenda is and also fight the fight against things I believe are detrimental to our public school kids and giving a voice to them,” Mascher said.

Supporting students is not the only concern being discussed. Teachers are in the pay of the state, and their salaries are have a reputation of being low. As of the end of December 2016, the base annual salary of teachers in Iowa City was $48.6 thousand. And nationally, the average earnings of workers with at least four years of college are over 50% higher than the average salaries of teachers.

“You can make more money out of high school working for quick trip than you can as a public educator with ten years of experience,” Maureen Hill, building representative to the teachers union at City High, said. “Teaching is a fantastic job, but you are working so hard when you are on, it’s not an easy job, and you are very vulnerable. Parents can be upset, students can be upset, fellow teachers can be upset, administrators on every level can be upset. Without that protection of a union to back you up and support you… It’s having that negotiation and that power at your back to say this is my mistake and this is how I can get better.”

The gender wage gap has also become an issue throughout the past few months, and it’s something that Hill has on her mind.

“Collective bargaining, whether it’s for teachers or not, as a woman in the workforce, I feel very strongly that I benefit tremendously,” Hill said. “I do not have the gender pay gap that I know many of my friends in the private sector deal with. I know that my salary is not going to be different than the man down the hall. And that’s incredible, and I don’t want to see that go away. We’re better as a group than we are as individuals.”

“One of the things that the republicans are going to try and do is take away the ability of our local teachers to negotiate with the school board for wages and benefits,” Senator Bolkcom said. “If they are successful in doing that, it’s going to make it harder and harder to recruit teachers to go into the classroom.” In fact, enrollment of university students in teacher prep courses has significantly declined over the past few years, while enrollment in public education is expected to increase by at least 5% over the next 10 years.

In the end, despite being unable to vote, K-12 students themselves can have a voice in the decisions being made about their education.

“You may think that you are voiceless but you are future voters and I think all politicians and elected officials see you that way,” Representative Mascher said. “You have a great deal of power, whether you know it or not, in terms of working with other students across the state on issues that you all care about. Sometimes the most important thing you can do is give some of your time.I try to volunteer as much as I can for different groups that I feel are important to me and I encourage students to do the same.”

According to Bolkcom, change is not always immediate.

“At the end of the day this is not the hundred yard dash, you know it’s not even a 5k,” Senator Bolkcom said. “Being involved in the political life and the civic life is a lifetime endeavor, it’s a marathon. You go on and you win and you lose and when you lose you look inside and say what can we do better, how can we address the needs of people that think we are headed in the wrong direction.”