Trying to Achieve Their Potential 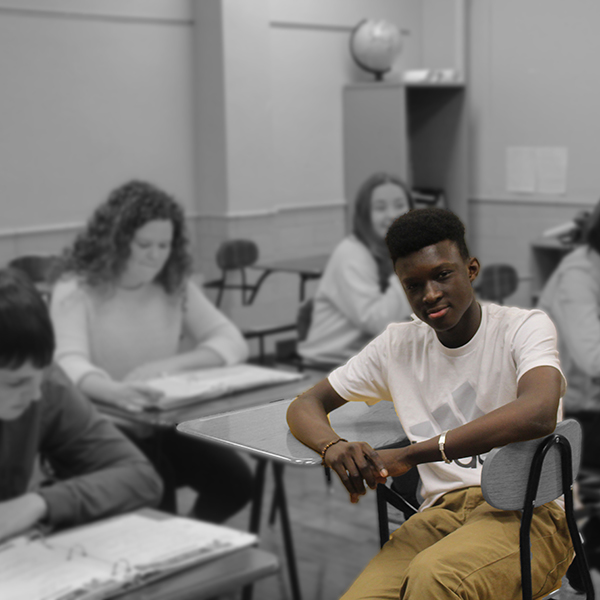 With the 2016-2017 school year in full swing, the Achieve Program–also known as Program Achieve or simply Achieve–is gearing up to get back into action. The group, which was formed in 2014, is gearing up this year with several new freshmen as well as a number of Achieve veterans.

“Mr. Bacon and the City faculty wanted to find a way to focus on supporting students from ethnically diverse backgrounds so they were well-prepared for a college experience after high school,” Linda Hoel, guidance counselor and co-head of the Achieve Program, said.

“In the last two to three years, there’s been a significant increase in the number of diverse students who have successfully taken AP and honors classes,” Hoel said.

The other method of selecting students for the program involves a compatibility assessment. John Burkle, who is in his fifth year of teaching AP Government, can recall a time when the program was first being initiated.

“[Mr. Bacon] came around and talked to all the AP teachers and the honors teachers with the idea of getting minority representation in those classes up,” said Burkle. “We began looking at the test scores and Iowa Assessment scores of those students, targeted minority students who we felt would be a good fit for AP and honors courses, and then encouraged [those students] to take those courses.”

The group has had two meetings since the start of the school year—an orientation, to introduce new members to the program, and a course planning session to coincide with the new earlier course registration.

“Sometimes students don’t have a support system outside of school, where there is a familiarity with the college system and preparation for college,” said Hoel. “We want to be that support system here. [We want to] identify students that have the potential to set high academic goals and succeed.”

Melanie Gibbens, who has taught AP U.S. History for the past seven years, is in support of what the program stands to accomplish.

“Maybe you’re a C student and you’re not the strongest writer, but [you] could still go into an AP class,” said Gibbens. “I think there’s been this idea that if your skill set doesn’t match the description of an AP student, you could be excluded.”

ACHIEVE’s success inspired a sister program at Southeast in 2014 titled Achieving Potential. The group is similar to City High’s ACHIEVE in that it focuses on high-achieving minority students. The sister program is headed by guidance faculty member Brian Ingram.

ACHIEVE meets periodically throughout the year to visit college campuses, create academic plans, and come up with new ideas for students to reach their full academic potential by taking advantage of opportunities at a higher education level.

Jason Schumann is currently teaching AP World History and likes the idea of increasing representation in his class.

“Diversity is a critical component to teaching world history. We’re going to have discussions that cross lines of race, gender, religion, and all those areas,” said Schumann. “The more diverse my classes are, the better.”

Burkle believes that Program Achieve has successfully helped to increase the number of minority students in his classes.

“I would say that I’m getting more and more [minority] students taking the course than my first year teaching it,” said Burkle. “I think it’s probably more than just one factor increasing [that number], but I think it’s a good idea to keep in place.”

“I think the program has helped specifically identify and target students that have both the skills, and more importantly, the desire and the will, to take a more rigorous class,” Schumann said.

Hoel is also satisfied with the growth of minority students in AP courses.

“We have seen increases in the numbers of students who are taking AP and Honors classes,” said Hoel. “More and more students from ethnically diverse backgrounds are setting academic goals and career goals at the postsecondary level that require higher levels of academic achievement.”

Cecile Bendera ‘20, who attended Southeast but was not in Achieving Potential, is looking forward to participating in Program Achieve.

“I think it will help me to continue pushing myself harder,” said Bendera. “You have people who want you to succeed.”