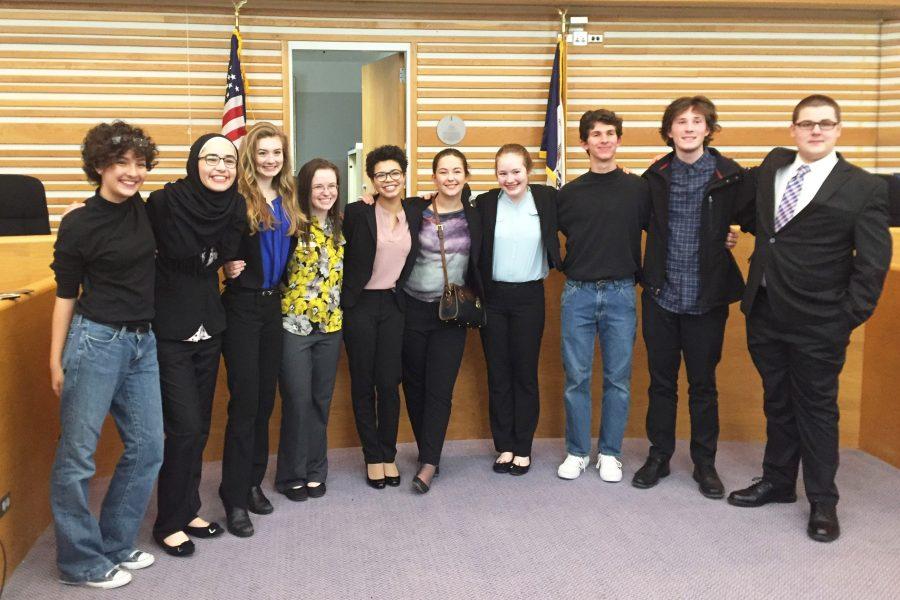 Red Team poses after winning regionals at the Boyd Law Center. They have now qualified to compete at the state competition.

Dressed in blazers and suits, the City High Mock Trial teams rolled into the Boyd Law School parking lot in hopes of claiming a regional title. They left hours later not only advancing, but having won the entire competition.

“The second team was much more aggressive than the first team, and that plays a large role into how we responded. The first round was easier because the team was passive,” Maya Durham ’19, a witness for the red team, said.

City High Mock Trial is composed of two teams, red and white. Regionals is made up of two rounds, a defense case and a plaintiff case.The red team placed first at regionals and will be continuing on to state, which will be held on the 27th-29th of March in Des Moines. They will be competing against 32 other teams.

“When the mock trial team started a couple of years ago I heard it was really rough and the progress that the coaches have made with their teams is incredible. Last year we had to petition for one of our teams to go to make state and this year we won,” Durham said.

The case itself is based on Karate Kid, with Terry Kreese from Cobra Kai Investments suing Danni Russo over securities fraud.

The team is now preparing for the state competition by practicing every Friday morning, during advisory, and on weekends.