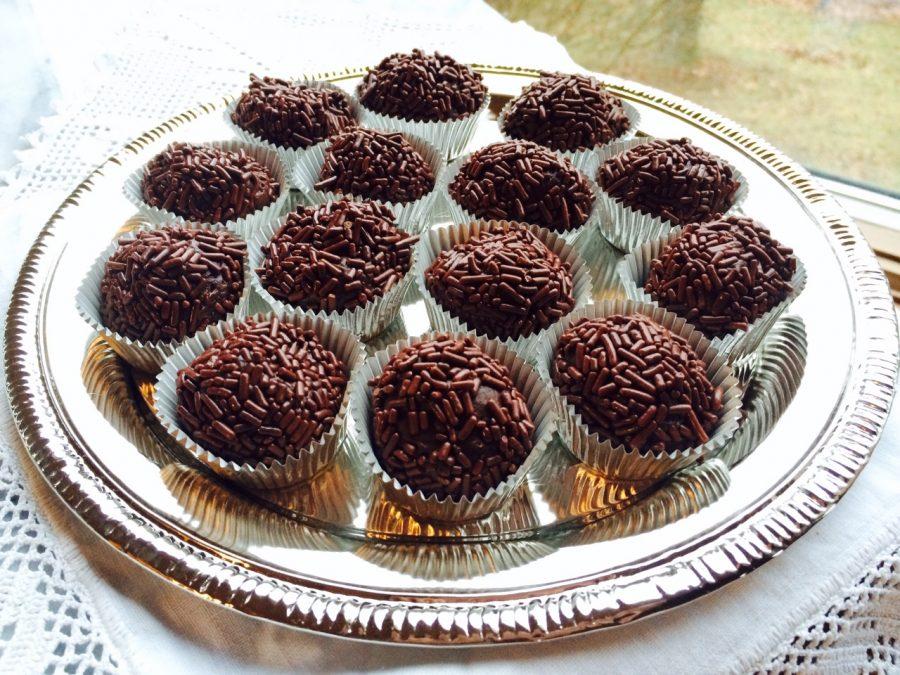 Although this iconic Brazilian dessert caught fire during the 1940’s when a brigadier-a kind of military admiral-was running for president in Brazil, brigadeiros have continued to remain common in Brazilian households to this day. This simple sweet is commonly cooked for birthdays-often served in little cupcake holders, but many people eat the delicacy straight out of the pot. Since they are quite filling, people generally do not eat more than 3 in one sitting.

Place all ingredients in saucepan on medium to medium-high heat, stirring constantly (it sticks to the bottom of the pan quite easily)

It’s ready for the next step if it’s thick and the edges of the mix start turning a bit white.

Let the mix cool down then either

Get your hands a bit wet with butter, roll the mix into golf sized balls, then roll the balls in a pile of sprinkles