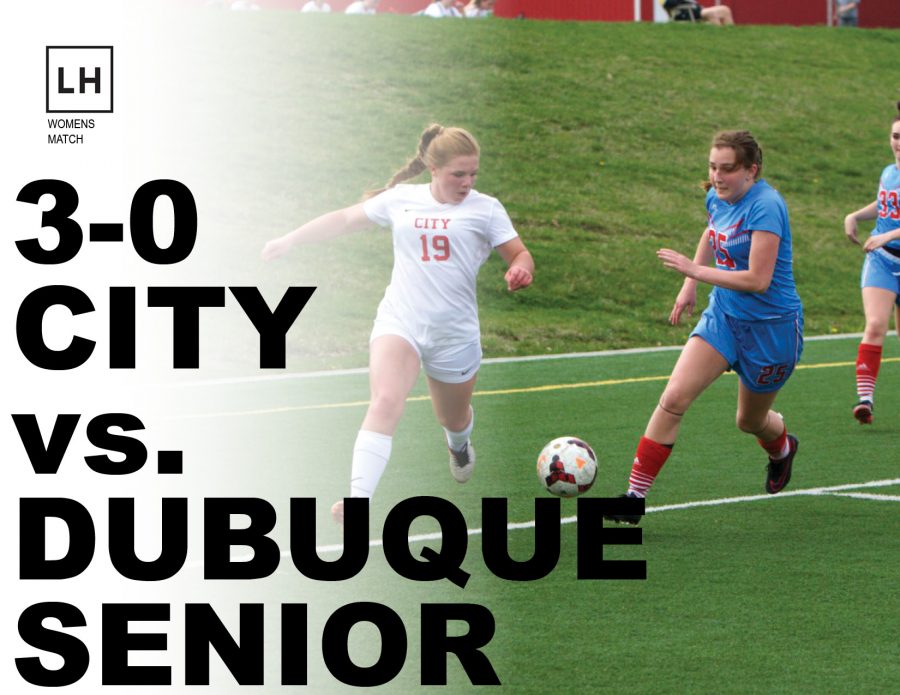 The City High Womens soccer team hosted Dubuque Senior for their first home game of the season. The City girls, now 2-1, played Dubuque on their own turf.

Dubuque started off with the ball at kickoff. City took a little bit to find their rhythm, but eventually controlled the game. First half, there were a lot of scoring opportunities and City challenged Dubuque’s goalie with 8 shots on goal in the first half alone. Sydney Schroder ’17, the lead goal scorer on the roster, had a great breakaway, dribbled the ball past multiple defenders, and placed the ball in the back of the net with a minute left in the first half, making the score 1-0 at halftime.

The second half started off like the first half. City gained control of the game and kept creating chances for goals. Madelynn Fontana ’19, one of City’s back three defenders, took the ball up the field and set up an opportunity for Schroder to score her second goal. The third goal was scored by junior Sydney Deprenger with a run through the box and striked the ball to the back of the net. The final score was 3-0. Another shutout for City High.

The girls’ next game is Saturday, April 15th, at the City High turf against Davenport North. Kickoff is at noon.