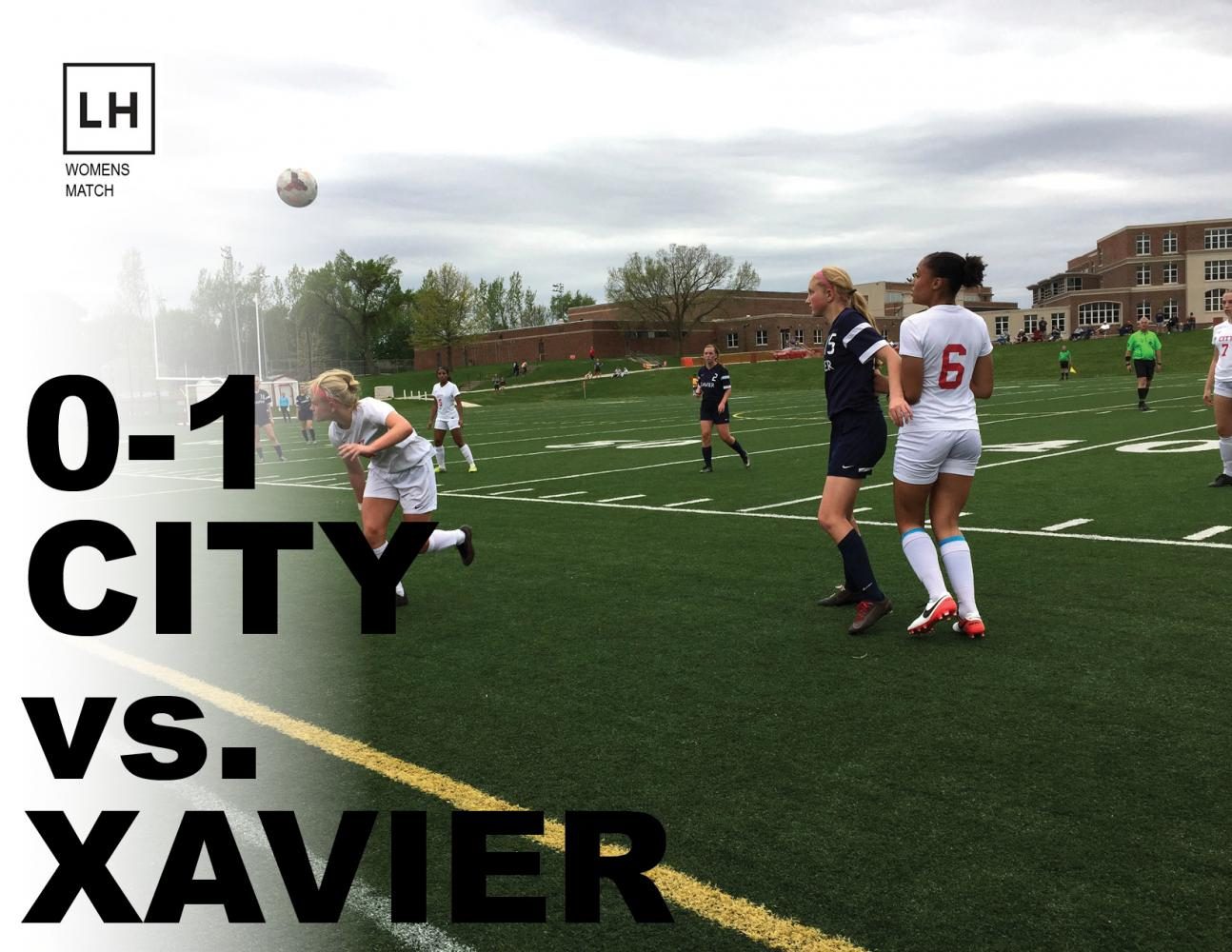 City had switched up their starting lineup at kickoff. As their right back, Deanna Richardson ’19, was sick, they had to adjust where people would play. To take Deanna’s spot, Ella Hennager ’19 stepped in. Head coach Michael Prunty also moved the outside midfielders around. The team struggled to adjust to the new lineup, but they were able to create chances in front of Xavier’s goal. At halftime, the score was stuck at zero-zero.

The second half was very similar to the first. Both teams did not score. For the past two years, City has gone into overtime with Xavier. This year, they went into double overtime. In the second overtime, City possessed the ball for the majority of the time. City gave Xavier a corner kick, a Xavier player served the ball to the center of the goal, and the ball was placed past goalie Naomi Meurice ’19. The game ended 0-1.