The Little Hawk • May 26, 2017 • https://www.thelittlehawk.com/37708/sports/kennedy-takes-conference-title-after-game-against-city/ 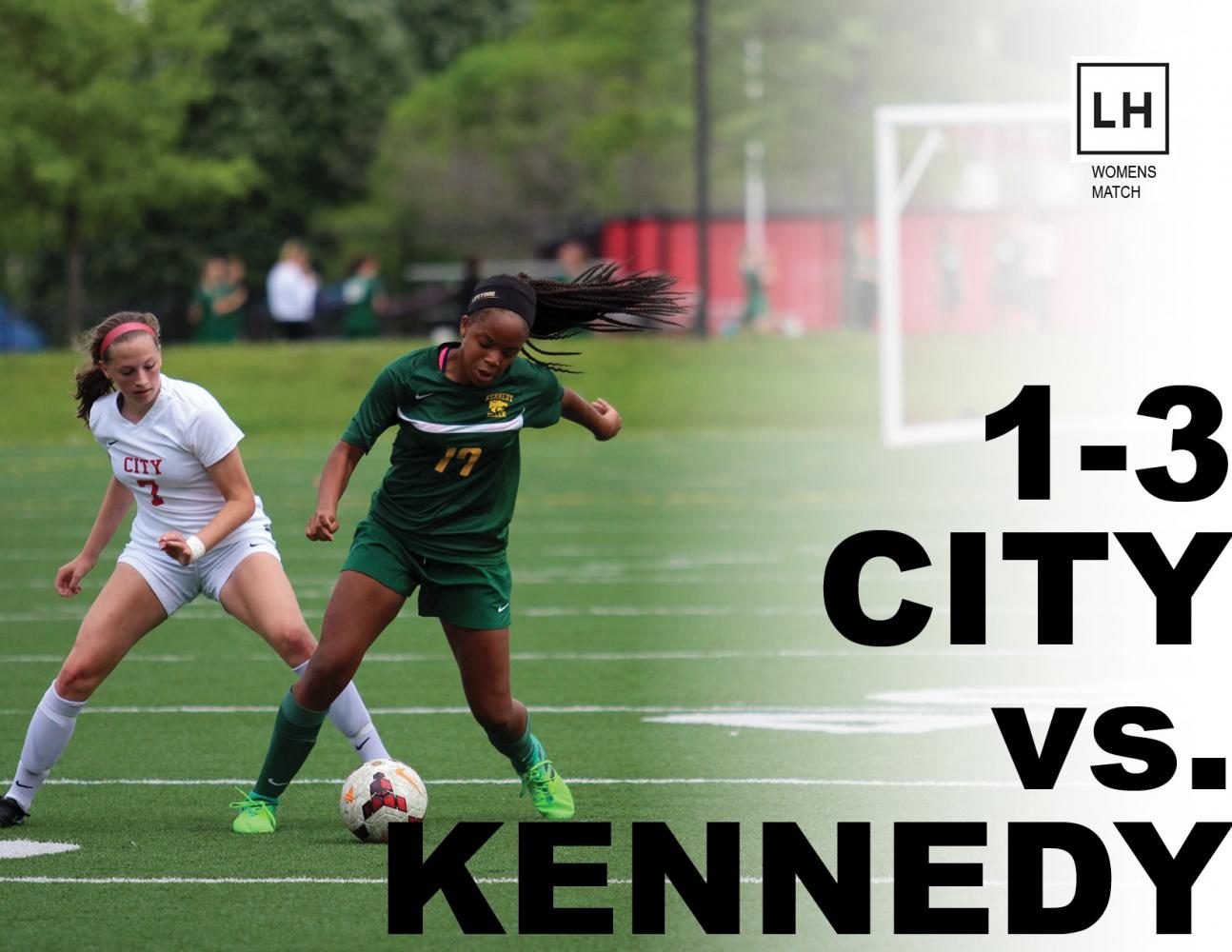 At kickoff, Kennedy showed dominance with the ball. They kept pressure high and challenged City’s defense. With half an hour left in the first half, Kennedy won the ball off a bad pass by City near the goal and scored. They score at halftime remained 1-0.

The start of the second half was similar to the first. Kennedy’s pressure was high and the players were physical on the ball. Kennedy’s Emily Sass ’17 got a yellow card after colliding with City High’s goalie, Naomi Meurice ’19. Meurice had to be taken out of the game after the collision and City moved their center back, Grace Brown ’17 to goalie. Once Meurice ’19 was back in, Brown made a slide tackle outside of the box and received a yellow card. In the the 64th minute, Kennedy scored again. Not even five minutes later, they scored their third goal. Sophie Van Meter ’17 scored City High’s first and only goal with 17 minutes left. The final score was 3-1. Kennedy went home with the conference title.

City High’s record became 10-5. The Little Hawks play their first substate game next Wednesday against Des Moines Roosevelt at the University of Iowa Soccer Field. Kickoff is at 5:00.