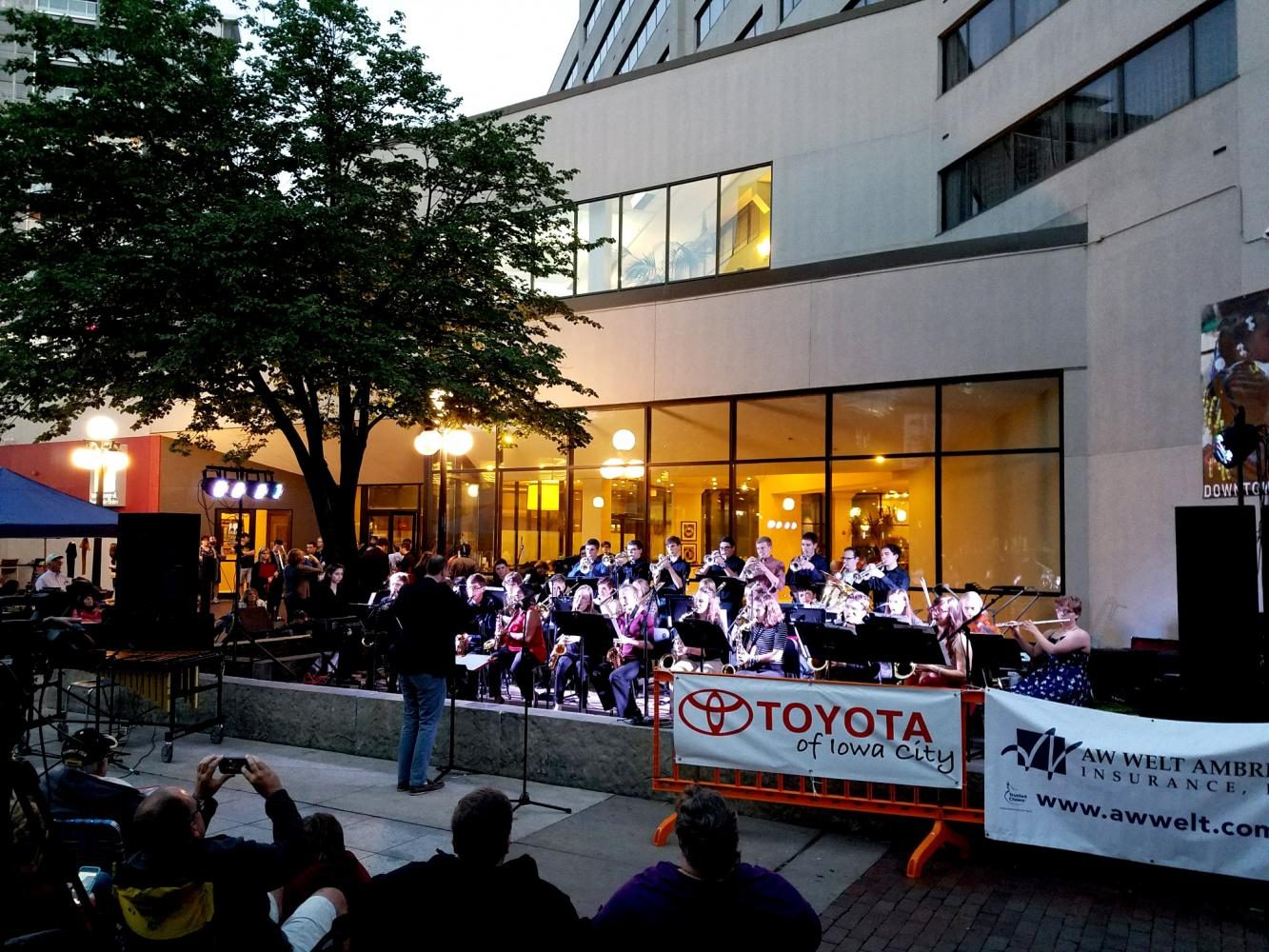 “I am a pretty driven, motivated person, and I’ve also always been the assistant band director at City High, and I get to be the main director and the only director at Liberty. I get to pick everything out and design it however I want; it’s pretty neat.”

Arp will continue to build off of the experience he has gained at City.

“It’s not like I’m walking into something that has great tradition like City High. We’ll have to start from scratch so it’s gonna be a challenge, but it’s gonna be an exciting challenge too,” Arp said.

Arp was approached for the Liberty project in 2014 to be part of the design committee.

“I was able to design the whole band area to my liking. It’s at the heart of the school instead of in far away lands like it is in every high school. That’s something that I believe very strongly in. I’m glad that I got to make those choices and I took a lot of pride in doing that,” Arp said.

“[I’m going to miss] everything about City High, nd for sure the students. They’ve always been a plus, number one, since day one. I’m gonna miss the traditions and the people at City High a lot,” Arp said.

Joey Schnoebelen ‘17 plays trumpet in wind and jazz ensemble. He has been Arp’s student for all of his high school career.

“I played him in basketball in Chicago for four years. I lost all four years. That was kind of a tradition that we had, we looked forward to it, and we would always smack talk each other a little bit,” Schnoebelen said. “I’m really grateful City High had Mr. Arp. I think that he was great for this school. He could really connect to the students well and he was a wealth of knowledge. There’s just so much he taught us over the years.”

Taking over Mr. Arp’s current position as assistant band director at City is Aaron Ottmar. Ottmar graduated from UNI with a degree in jazz studies and is currently teaching at Davis County High School.

“Good dude! He was a former student. I only got him for my first year while he was here but he was clearly talented. I’m really excited for him to continue on what I have started here at city high,” Arp said.

“I feel like it’ll be a pretty seamless transition. And again, it goes back to the people and the students, and they deserve someone really good, and they’re getting that. It makes me feel good about leaving knowing that they’re gonna be in good hands.”