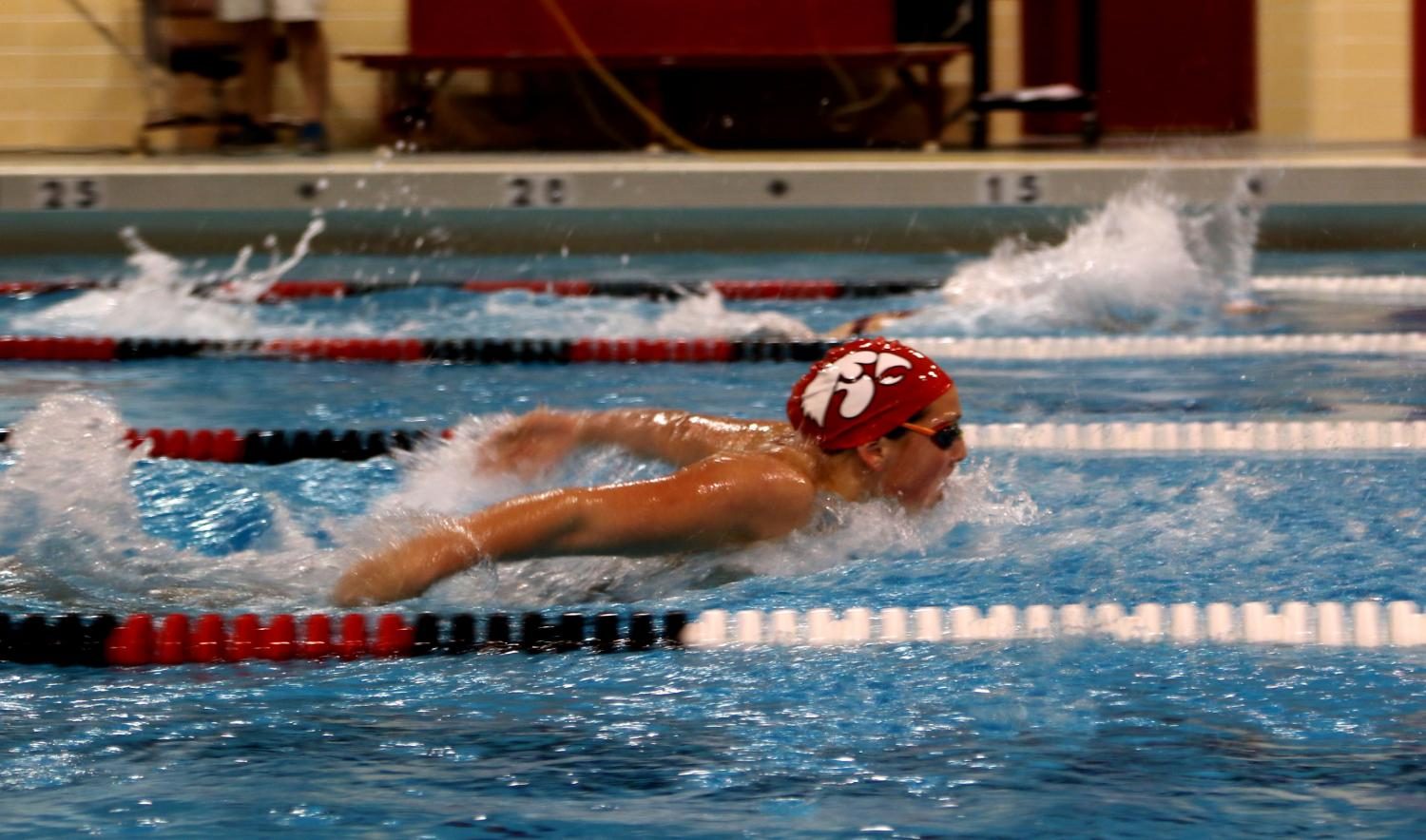 Trinity Sadecky competes in the 100 Fly

“I thought we had a lot of strong performances,” Coach Zane Hugo said.

The team won every event, a fact that team captain Clara Froeschner ’18 took pride in.

“As a team, we placed well in every event,” Froeschner said, “But individually our times weren’t so hot. Luckily we have a coach who will hold us accountable.”

Hugo already has season goals for the team, which is comprised of 34 swimmers this year, the most of any year he has coached.

“The focus for the rest of the season is consistency and improvement,” Hugo said. “I want to put the most girls in a position to score at MVCs and qualify for State.”

Froeschner agrees with Hugo’s goals, but has one more for the team as a whole.

“I just want us to get along,” Froeschner said, “and to come together as a team.”