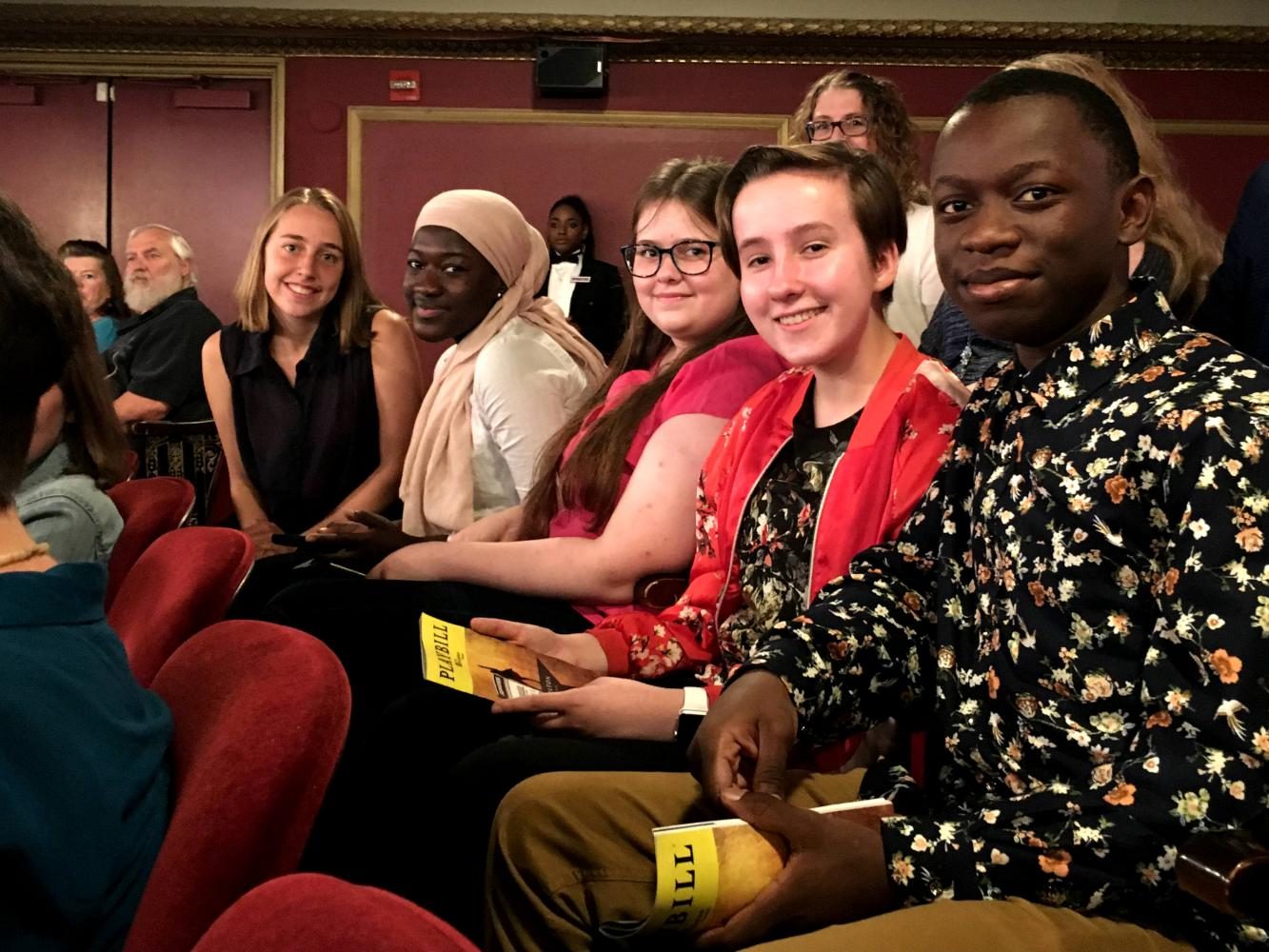 When the opportunity to see one of the hottest Broadway shows in Chicago arose, a group of City High students did not throw away their shot. Some of the students had never listened to the soundtrack and some knew it by heart, but none could give up the chance to see Hamilton in real time.

English and acting teacher Troy Peters got the idea to formulate this trip last winter after reading reviews of the show.  He faced some challenges, but once he received positive feedback from adults and students alike, he purchased 54 tickets.  They were gone in eight months.

“When I heard that there was going to be a trip to see Hamilton, I could barely believe it,” Aidan Smith ‘19 said. “I’d heard so much about it from other people, but I had never gotten the opportunity to see it myself.”

Hamilton, the hip-hop Broadway hit about the founding father on the $10 bill, is an incredibly popular (and therefore incredibly pricey) endeavor.  While many students adore the show and dote on the soundtrack, most who consider themselves fans unfortunately don’t have the financial or practical abilities to see it in person.

“We had some parents and other adults come forward and sponsor eight kids who might not have been able to attend because the cost was prohibitive,” Peters said. “It was great to see these kids at the show, inspired to create their own art in their own way. The performance was emotionally-charged, and left everyone in awe as we boarded the bus.”

Hamilton is a very popular show for many reasons, but perhaps the most notable way it has risen to such fame is its ability to speak to such a diverse audience.  It draws in thespians and non-thespians alike, hooking in lovers of the arts and strangers to the profession with a whirlwind of rap and technical wizardry.

“The set was absolutely stunning, which can only mean the crew busted their butts to make it,” Smith said. “The cast obviously worked so well together, they didn’t seem like characters at all, and they were all so in sync with the pit orchestra. It was amazing, all of it.”

Not everyone who went on the trip knew of the show beforehand, but that didn’t stop the experience from impressing them.

“My English teacher recommended it to me,” Shenae Green ‘20 said. “I was like, ‘Okay, I’ll go.  It sounds fun.’ I don’t really watch plays, but this one was really good.”

School-sponsored activities like this have opened doors for students who don’t always have the ability to participate in such important trips on their own.  School trips can create memories that last students a lifetime, giving lasting impressions that influence career paths and life choices.

“I believe these types of trips are very important for schools to have,” Smith said. “Not many people get these opportunities to see such high end shows, and seeing them with people you know makes it even better, plus it could inspire someone to pursue a career in acting.  There have been some historical productions out there, but I feel like Hamilton really brings a new meaning to it.  Not only does it tell history how it occurred, but it is delivered in an entertaining way that almost seems impossible with the plot.  I believe it will inspire many writers in the future of drama.”

Peters has an optimistic outlook on the chances of more school-sponsored drama trips in the future. Fortunately, there seems to be no lack of student interest in exploring the arts and theatre further.

“[Hamilton] was amazing,” Julia Ozolins ‘21 said. “It was just really fun to see, and to be there and see it in person.”