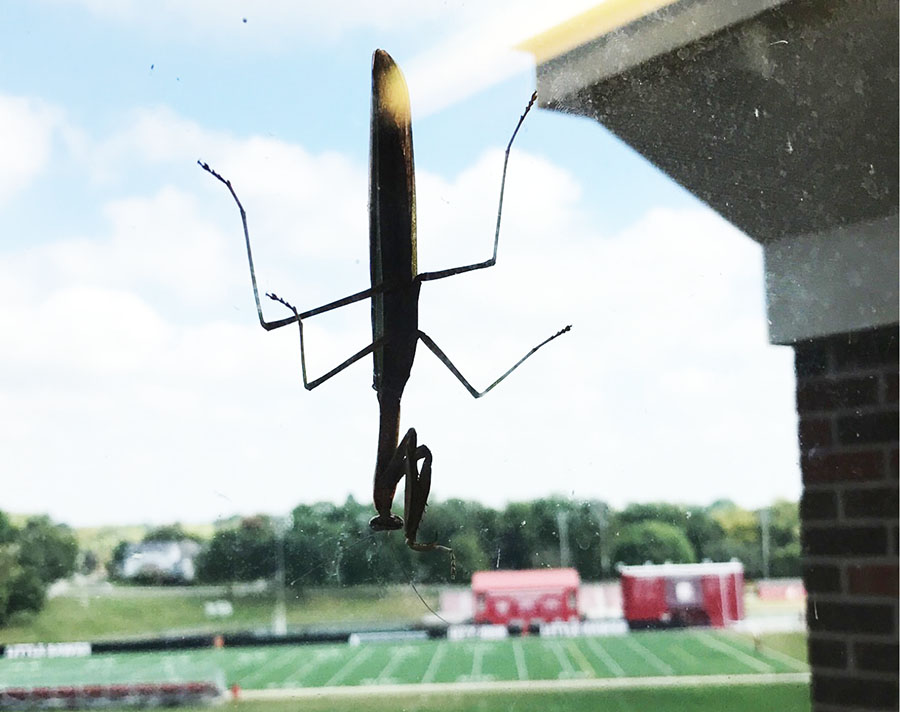 Churchill the praying mantis appeared mysteriously on the stairwell window today on the second floor. His treacherous climb has culminated in his current dwelling outside the third floor and he shows no signs of attempted descent.

“This morning when I came into school, I saw this little bug and I took a picture of it,” Zoë Butler ’19 said. “Then, six periods later, I was climbing the stairs and I saw him again–he had gone up a flight, all the way to the third floor! I was impressed.”

Churchill’s new dwelling place may not be the most comfortable, but for this little bug, it’s home.