From Sweden to Sabers: Erik Lycke Takes on Football

This Swedish Exchange Student Is Taking On America's Sport 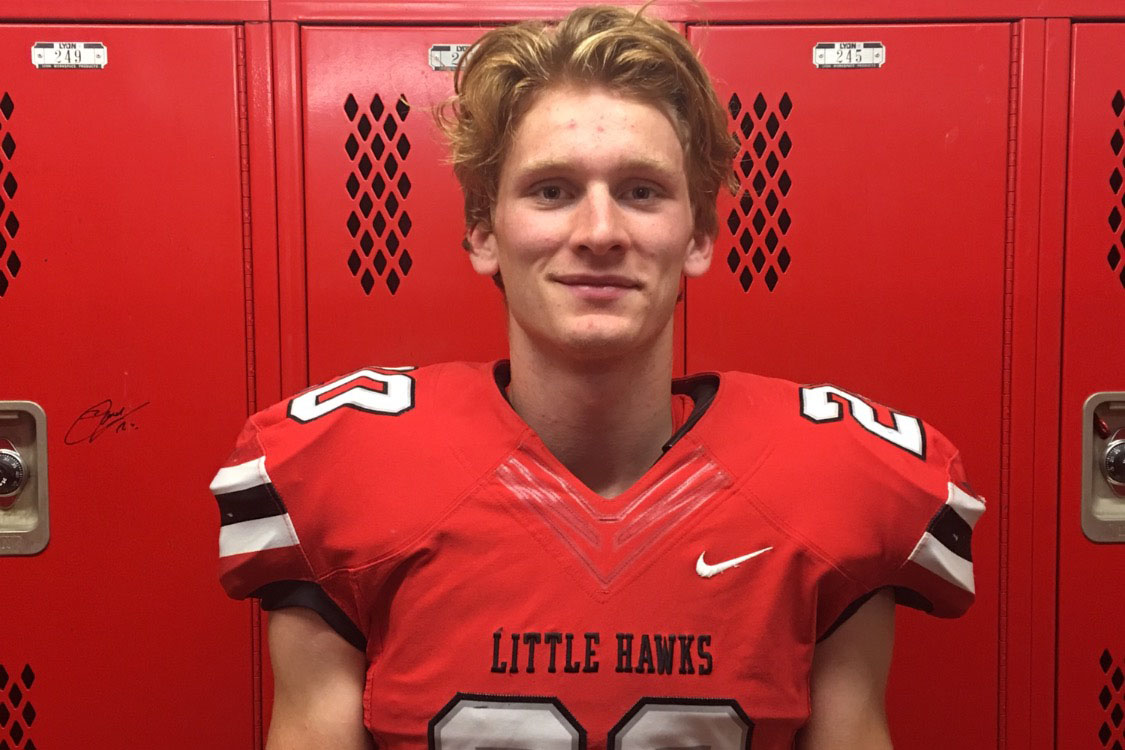 In recent years, it has become increasingly common for kids born in foreign countries to find themselves on the playing field of City High sports teams.  Almost every athletic program has been impacted by one of City High’s ELL students, and City High is home to many students who have immigrated to the US from other countries.

But one type of foreign student has become relatively rare at The School That Leads: exchange students. Foreign exchange students visit the United States for an extended period of time, and attend City High for classes.

However, in recent years the school district has limited its acceptance of exchange students due to overcrowding. With the opening of Liberty High, that has changed. Erik Lycke is the first foreign exchange student in recent memory to join a Little Hawk athletic program.

“I have never played football before,” said Lycke, a linebacker. “I watched last season, so I know some.”

Lycke, who saw playing time at the end of the West High game, says the most difficult part of picking up the sport has been learning all of the rules. Still, he’s making progress.

“I think I’ve made a lot of progress and I pretty much know the game now,” he says. “I still have a lot to learn.”

Lycke says he didn’t know what to expect from this football season, but he hasn’t been disappointed.

“It’s been a good experience. I really like being part of the team.”

Erik is visiting Iowa from Helsingborg, Sweden. He arrived this summer and plans to stay through the entire school year. He says that while he was expecting a big culture shock, the biggest differences he has noticed between the two countries have been school related.

“I’ve been really surprised about the school spirit, and just how fun school can be,” Lycke says. “I like the classes I’m taking, and I like the American education system because you can choose classes and there is a greater variety of classes. In Sweden, we have about seven different classes you can take, and that’s it.”

Lycke says that similar to the way America and Sweden differ in approach to their education systems, they also have different approaches for their sports system.

“In Sweden we don’t have sports related to school, it’s all club teams… I think America takes sports more seriously.”

Lycke came through an exchange program called Education First. He is staying with Regina and Leroy Crook, whom he had not met before being matched through the program.

“I was informed that I was staying with Regina and Lee about two weeks before I got here.”

Lycke will spend most of his time in America here in Iowa City, but while he is here he will also visit some American landmarks and cities.

“My first two weeks in the States I was at an orientation camp in New York City, and I’m also going to Chicago.”

Back home Lycke is a swimmer, and after football season he plans to try out for the swimming and soccer teams. He says he’s had fun during his time in the US so far, but he thinks the best is yet to come.