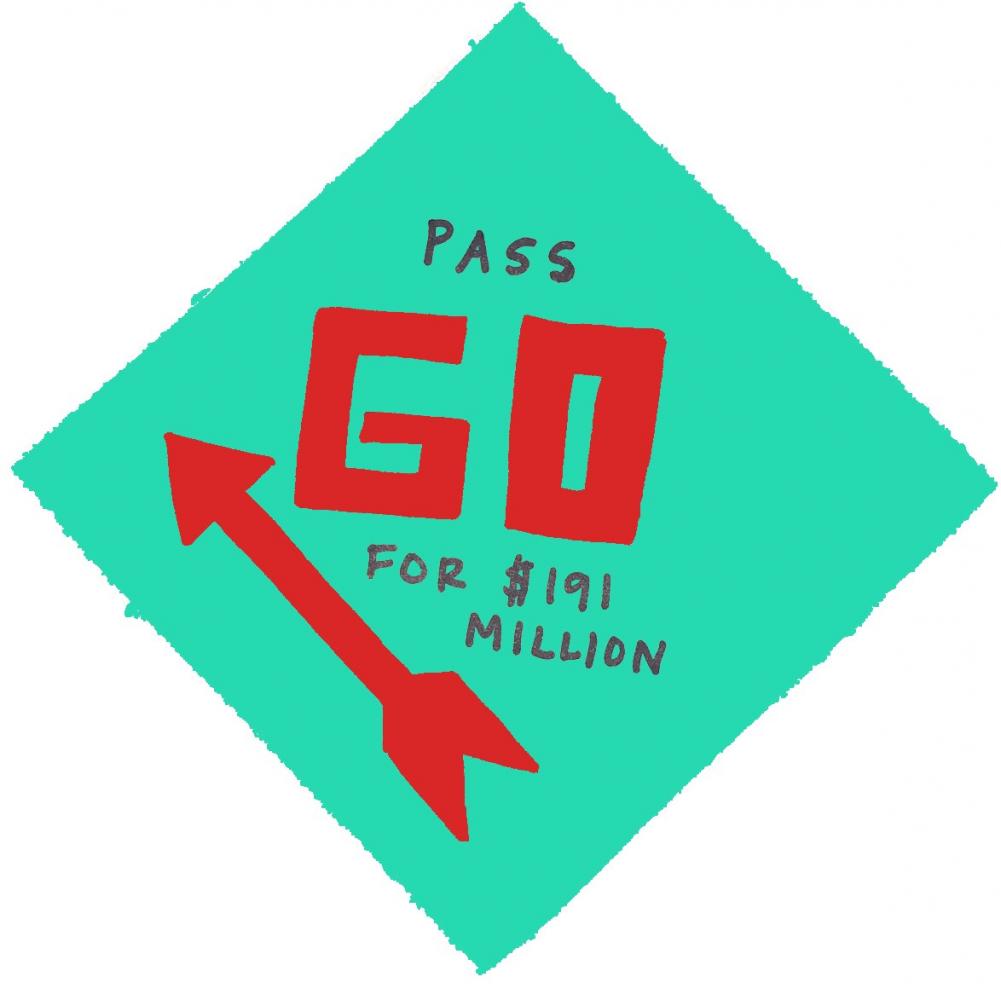 On September 12th, the people of the Iowa City Community School District voted yes to the record breaking General Obligation Bond (G.O. Bond). Nearly 17,000 residents voted and 65% of them voted yes, passing the 60% barrier to pass the $191.5 million bond.

The bond affects every school in the district, along with some upcoming ones, by completing the Facilities Master Plan and more. The Facilities Master Plan (FMP) is a ten-year plan put together to create an equitable environment across the district and answer the accelerated growth in number of students. A new elementary school will be built to compensate for the growth in the region, and classrooms will be added to many schools and most temporaries will be removed. One major issue that the bond will solve is making sure all parts of buildings comply with the American Disabilities Act. However, many people are not satisfied with the G.O. Bond’s parts, such as creating more space in buildings.

“The Facilities Master Plan overcompensates in some areas and underestimates needs in other areas or even ignores needs. Enrollment projections for the district are already out of date.” said Martha Hampel, treasurer of the Vote No September 12th campaign.

Due to the unequal compensation in the district, Hampel believes students some North Liberty will have to be bussed to Iowa City schools, which presents more issues.

“[Bussing] is an expense that cannot be covered by the General Obligation bond which only covers facilities.” Hampel said. “The only alternative to bussing is temporary classrooms which the district claims it will reduce if the bond is passed.”

City High will receive some major renovations with the passing of the G.O. Bond. including more classrooms, an expansion of gym space, the cafeteria, and the kitchen. Renovations will also be made to the roof and lighting, not to mention a geothermal heating system, new tennis courts, and other sports facilities. Air conditioning will also be improved as approximately 52% of City has access to air conditioning. These changes will only be completed by winter of 2021, with an estimated cost of roughly $30 million.

Although Sarah Nunez ‘18 supports the G.O. Bond, she believes it is missing some things.

“I do wish the bond would focus more on the learning aspect such as having teachers and resources available to students who aren’t as privileged to the everyday classroom setting, like special education, homeless students, and students suffering in poverty.” said Nunez ‘18.

Shay McLean ‘18 holds a different position. Although he believes there are many positives that can come with a G.O. Bond, this one does not fit ICCSD.

“I think that in essence, a bond for the school district is a good thing, but one of this size is a bit overkill.” said McLean ‘18. “Such a massive amount of money means that there will be many new additions to many schools, and with all these additions you need to precariously plan. One mistake, one setback, and everything could come to a grinding halt. 191.5 million dollars is just so much to handle all at once and I think that breaking it down into smaller bonds over a longer period of time will in the long run be much more practical.”

Although the G.O. Bond will not affect McLean ‘18 or Nunez ‘18 since they will have graduated, it will inevitably impact their siblings. McLean ‘18 has four siblings, down to a fourth grader.

“I believe the bond will definitely do more harm than good. Additions to currently functioning schools along with the building of new schools and destruction of the current ones would really mess with the whole flow of things and really disrupt their school lives.” explains McLean ‘18. “Having parts of a school quarantined from the rest or even requiring students to transfer schools for a year or two is something that nobody really needs.”

“I think it will still benefit my sister who will graduate in 2022 because all of the additions to the schools will build excitement to students” said Nunez ‘18.

Despite the fact that over 10,000 people voted yes to the General Obligation bond, McLean ‘18 is skeptical that it will go as planned.

“I’d like to think that everything that is entailed in the bond will be executed smoothly but I find that hard to believe.” said McLean ‘18.