One to One at City High 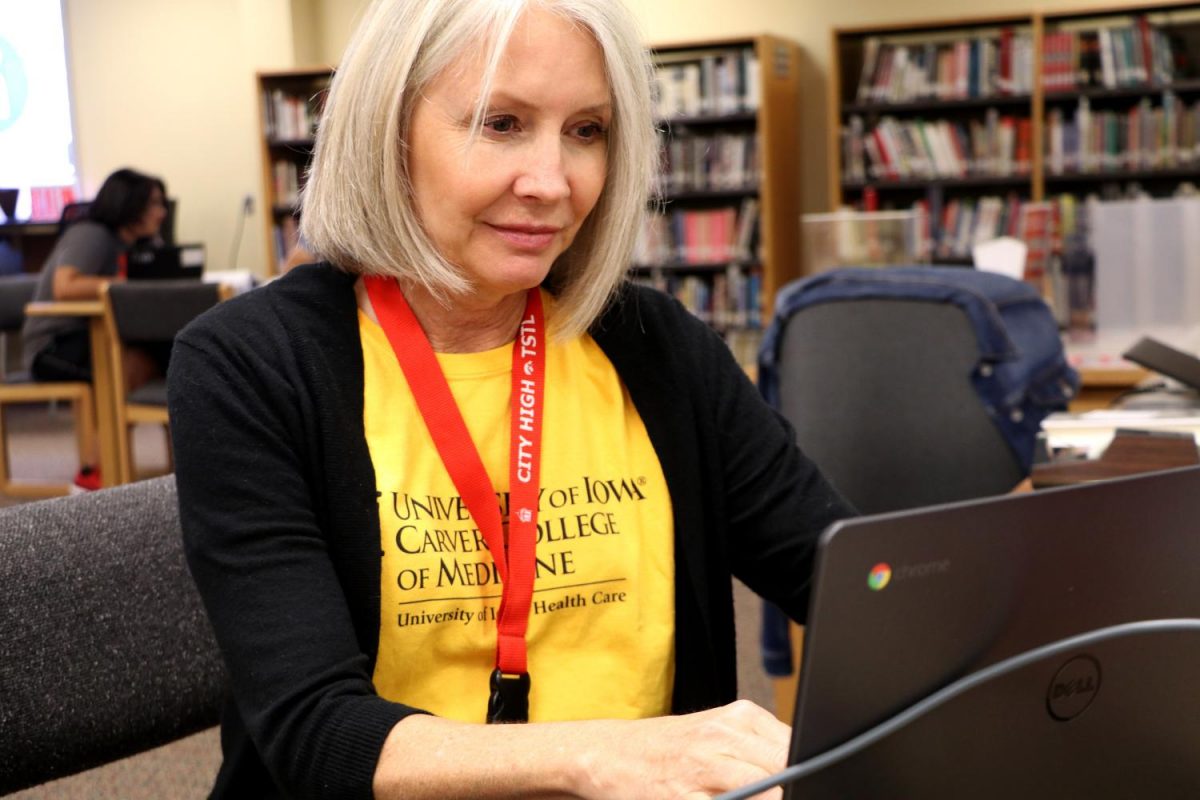 In giving every single high school student across the district their own personal computer, the ICCSD has joined the growing number of school districts nationwide who are going one to one.

“It makes it easier for kids without computers at home.” said Joe Simmons ‘21. “It also gives an opportunity for people who are sick to know what they missed, and make up their work”

Simmons hit on the the driving factor behind the chromebook decision; giving students who had been previously unable to work on online assignments access to a computer.

“I think the whole district wants to be one to one within the next few years,” said John Burkle. “The high schools were the easiest place to pilot it, because you guys already use technology whereas with the elementary schools there’s more of them.”

Elizabeth Schau and Daphne Foreman were two of the people in charge of initially organizing and distributing the chromebooks at City High.

“I was certainly enthusiastic about the idea of getting access for every kid,” said Foreman. “But at the same time obviously troubled about the logistics, about the wi-fi, I wasn’t sure if kids were going to have access even if they got a computer, I was worried about theft, loss, breakage. Just the logistics of distributing them for 1700 kids.”

However, some students are conflicted about the district spending too much money on chromebooks.

“I don’t like them at all,” said Marin Irvine ‘19. “They’re a waste of money.  We cut programs and then we spent all this money on chromebooks that we didn’t need.”

But these are comments that the librarians tend not to hear all that often.

“We haven’t really heard that many complaints,” Forman said. “Probably a lot of people say that privately. But we hear more from kids who wouldn’t have had one otherwise, who are still two finger [typing] it because they just had phone access before.”

But even as students receive access to their own computers, the question becomes when and how they will use them.

“Most kids use it properly but there’s some kids who don’t,” Burkle said. “It’s a learning experience, and we are still in the infant stage of it.”

This is something that the librarians are aware of, but have decided to depend on the students to manage.

“Like any tool, it depends on what you use it for and how you use it,” Foreman said. “I hope that the new expectations of using them more for academic purposes will make new users realize that it’s not just an entertainment tool, that there’s stuff for the mind there too.”