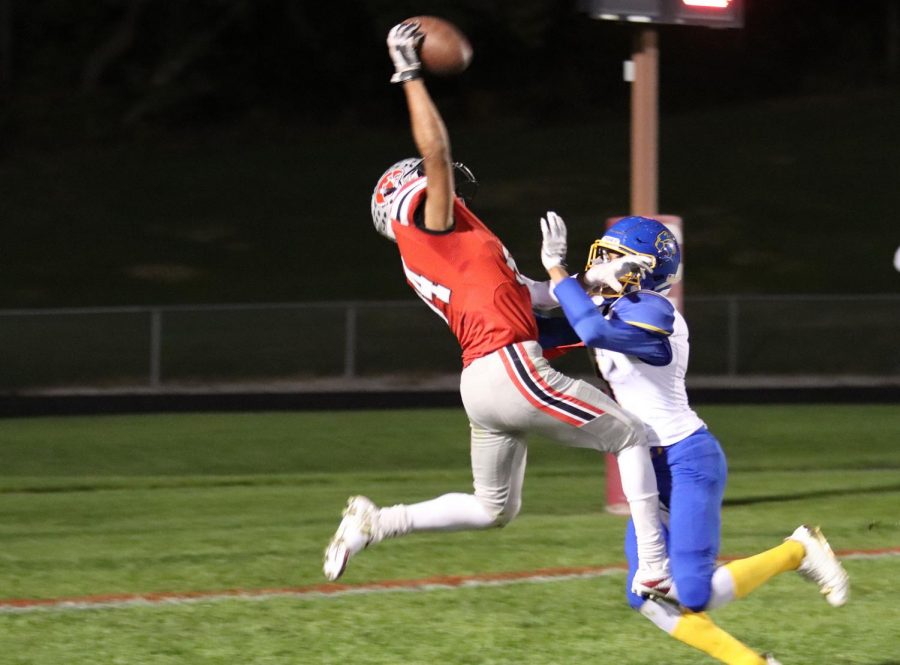 #84 Zach Jones catches a touchdown pass in his final game game against Davenport North where he broke the City High wide receiver record.

If Zach Jones’ senior season was a proclamation of prodigy to the football world, then Friday night was the exclamation point.

Jones, who has a scholarship offer from Minnesota State and has piqued the interest of division one schools, capped off a stellar season with record a breaking performance and a game changing one-handed catch.

Jones finished the regular season as one of only two receivers in the state with over 1,000 total receiving yards. He brought in 77 receptions for the Little Hawks as well as 10 touchdowns. On Friday night he made history by breaking the school record for receptions in a single season. Jones had previously gained 232 receiving yards in a single game this season, the second most in school history, and he already held the record for career receptions coming into the game.

Jones left the game early on Friday night with an injury as the Little Hawks fell late 28-34.