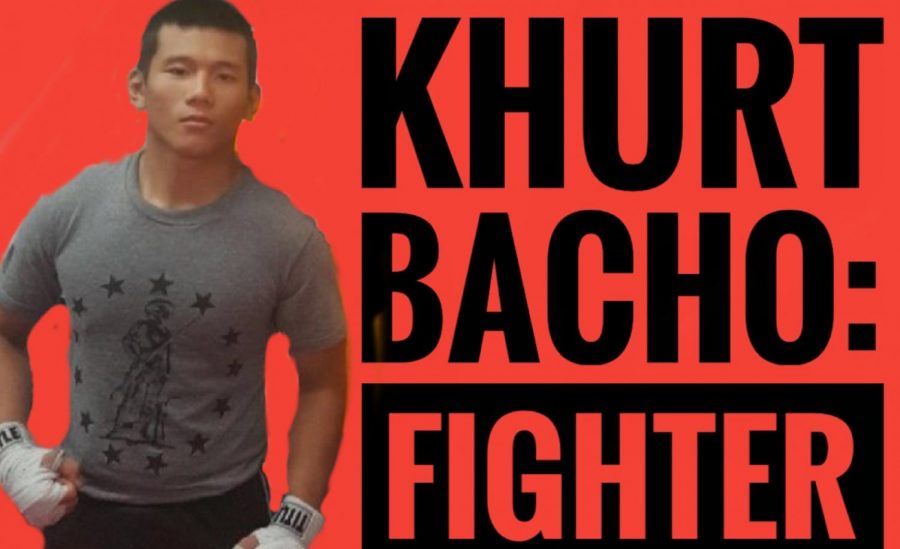 Khurt Bacho in a word: fighter. Bacho has always had a chip on his shoulder, and on Saturday, October 28 he will have another chance to prove his mettle.

That’s because on Saturday, October 28th some of the best amateur boxing talent on the east side of the state will pour through the doors of the Muscatine Boxing Club for the gym’s annual Fall Show. Among the contests at the 132 pound weight class will be City High senior Khurt Bacho.

This won’t be his first time in the ring. Bacho has been involved in fight sports since he was eight years old, when his friend Ali Omar introduced him to Tae Kwon Do.

“Ali is the one who got me into fighting. He told me he was doing Tae Kwon Do, and I wound up doing a little sparring match with him. I got my butt whooped because he had more experience and I didn’t know what I was doing. After that he took me to my first Tae Kwon Do classes. That’s how I got into it.”

Through his interest in Tae Kwon Do, Bacho has been introduced to other fight sports, including boxing, kickboxing, wrestling and Jiu Jitsu. Now he hopes to make a splash in the ametuer boxing community with a win at the Fall Show.

“I just love it,“ he says. “I love the adrenaline. I love the atmosphere.”

Bacho has worked hard to put himself in this position. He visits multiple gyms in Iowa City and Cedar Rapids during the week to prepare for his matches.

“We do a lot of cardio, a lot of technique (and) sparring. (For cardio work) we do burn-out punches and burn-out kicks. For strength work we do tire work outs like flipping tires or hammering the tire. We run sprints, and for technique we hit pads to practice combinations.”

Bacho, who plans to enter the National Guard after high school, went to basic training this summer in Fort Benning, Georgia. He says his experiences there as well as his experience as a City High wrestler have helped him in his fighting career.

“Wrestling helps me with my food discipline,” he says. “It really helps with cutting weight and just mentally as well. Same thing with the military. You have to be in great shape. I was in the best shape (of my life) when I got back.”

As a member of the wrestling team, Bacho says he’s excited for the season.

“I feel like our team is going to be strong. Everybody is on top of their game. Shout out to Wilfred (Kadohou), he’s getting really good and strong.”

Fight fans can watch Bacho’s match at the Muscatine Boxing Club on Saturday night in Muscatine, Iowa. Doors open at 6:00 pm and the matches begin at 7:00 pm.