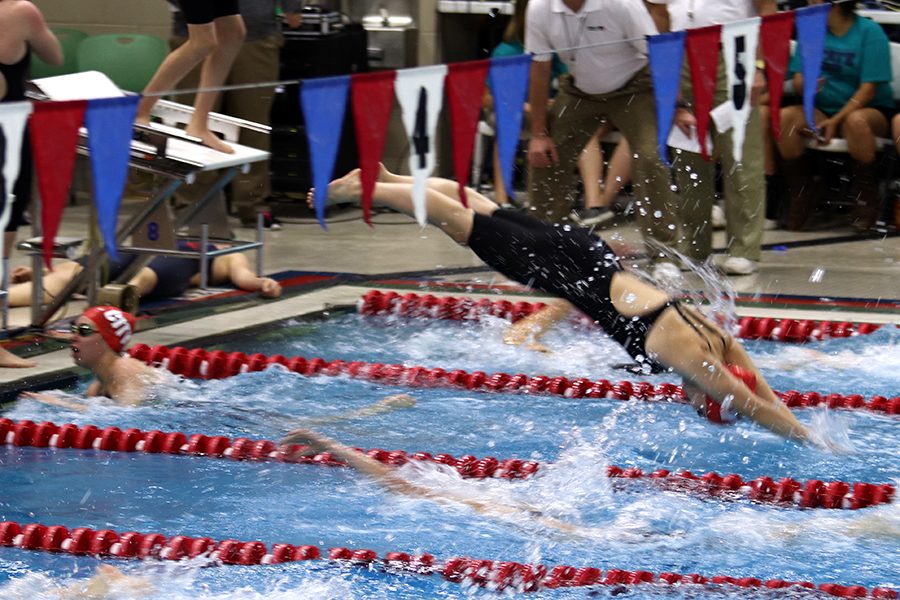 Dozens of swimmers and hundreds of spectators packed into Marshalltown’s cramped YMCA/YWCA on Saturday morning. All were there there for the same purpose: the Iowa Girls Swimming State Championships, which took place on November 4th.

“There’s that moment right after a good race when you tap the wall, look up at your times, and you can feel all of those practices paying off,” Clara Froeschner ‘18 said, reflecting on the meet.

City High qualified seven swimmers to compete in five events at State. In the 200 yard medley relay, Carly Weigel ‘20, Rika Yahashiri ‘21, Laura Lorenger ‘18, and Trinity Sadecky ‘20 placed 14th, narrowly missing the school record that they set the week before. Both Sadecky and Weigel competed in the 200 yard freestyle, with Weigel taking 11th and Sadecky taking 24th. In the 500 yard free, Sadecky took 10th. The 200 yard freestyle relay, comprised of Yahashiri, Weigel, Froeschner, and Sadecky, took 12th and broke the record that they set at Regionals. In the 100 yard backstroke, Weigel took 10th. Jesse Hausknecht-Brown ‘21 and Eden Knoop ‘18 were both alternates.

The team both qualified more swimmers and scored more points this year than any previous year in Coach Zane Hugo’s four-year tenure.

“This was our most successful season yet,” Froeschner said. “We had more wins than losses, which is awesome. Outside of the pool, it’s just been a blast becoming a closer knit family.”

Weigel enjoyed her time at the meet as well, especially, she said, “being in the state hotel room with the girls.”

Weigel, a sophomore and the highest individual scorer on the City team, has a long career to look forward to. Already, she has set her goals for the next season.

“Drop time, get records, and have fun,” she said, smiling.