On the Upward Swing

Boys Golf breaks five year record, and has fun while doing it. 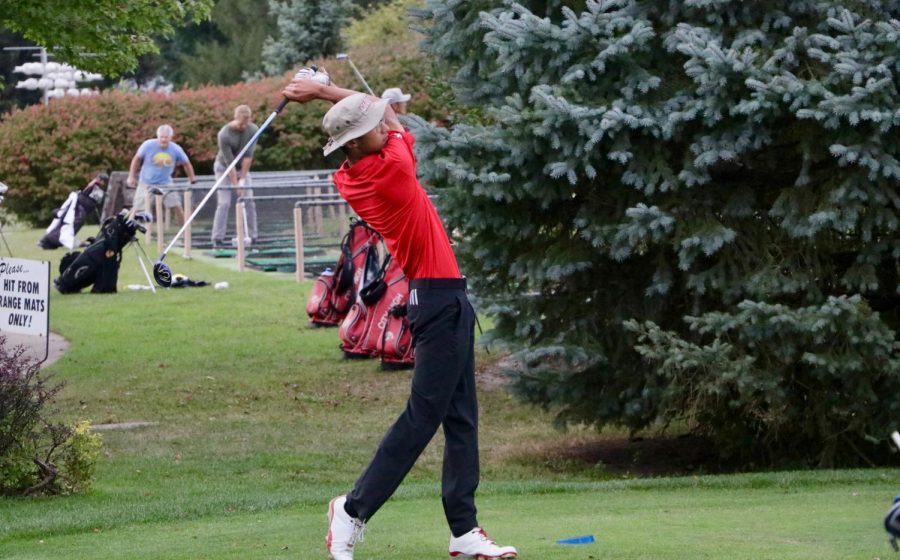 Winston Lui '18 takes a swing during the Little Hawks' meet at the Pleasant Valley golf course.

The City High golf team is very familiar with the process of repetition and consistency.

“We were at the golf course 4 days a week over the summer,” Devin Rutt ‘19 said.

Rutt stresses that it is very important to get in the habit of practicing with intent and not just going through the motions.

“Learning how to practice was a big step for us. You can go out to the range and hit balls with no purpose for an hour or you can hit balls at the range for 15 minutes and practice with purpose,” Rutt said.

Because of their dedication, the team had plenty of feats this season. One of the most prized accomplishments was beating Cedar Rapids Prairie on their home course. Winston Liu ‘18 believed his team was a clear underdog in the meet but because they did everything right that day they came out beating Prairie.

“Beating Prairie surprised everyone at the meet. On the ride home we were all laughing and having fun,” Lui said.

Rutt believes the atmosphere his team has created helps them practice and train.

Leadership from the upperclassmen was the main component of the team’s success this year. As one of the leaders on the team Rutt makes sure the underclassmen aren’t “screwing around” and makes sure that they feel welcomed.

“You have to make sure they’re engaging with the team and not just messing around at practice,” Rutt said.

The team also brushed up on the records this year by shooting the lowest they’ve ever shot in 5 years at Waterloo.

“Every team has their good and bad days, but knowing that we did the best in the school is a great feeling,” Lui said.