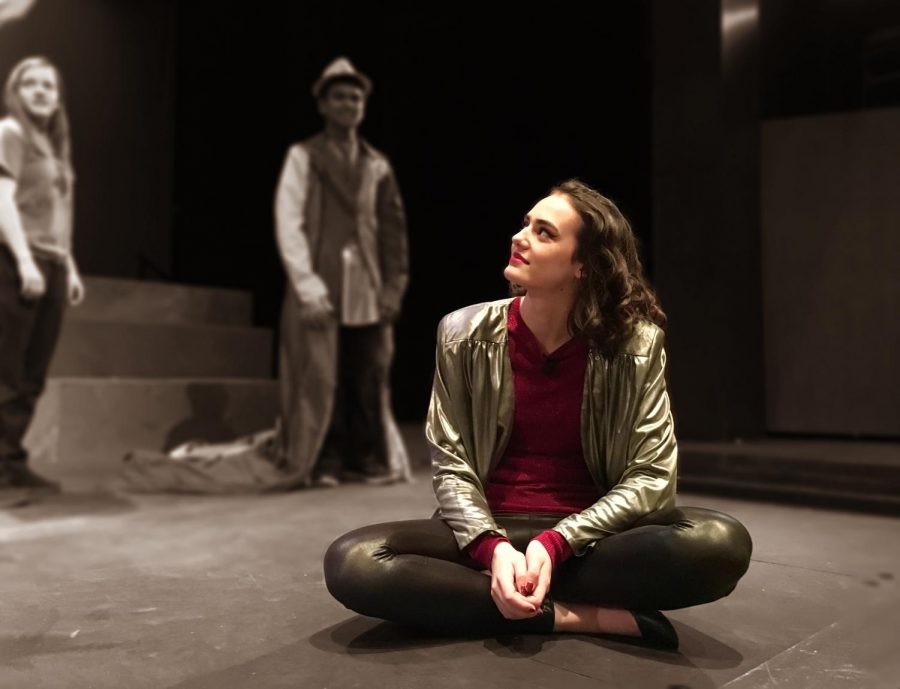 During the day, Lauren Rude ’20 may appear like any average student, focused on school and remaining a courteous member of the City High community.  But by night, she dons a costume, makeup, and gets up on stage, where she leads an ensemble of thespians in musical storytelling performance.  Rude is a rising star, currently playing the lead role of “The Narrator” in City Circle Acting Company’s Joseph and the Amazing Technicolor Dreamcoat.

“Joseph has been an amazing opportunity for me as an actor,” Rude said. “Working with the cast has been a really great new experience, especially since I’m one of the few teens in a cast of almost all adults!”

Rude has been involved in theatrical performances since she was young, beginning in children’s choruses in operas before later transitioning into musicals.  However, her intensive career in the performing arts didn’t kick off until recently.

“I guess I’ve always been performing,” Rude said. “[But] around the beginning of 8th grade, I had pretty much stopped performing and got it in my head that I was going to be an interior designer. It confused my parents a lot and they encouraged me to take lessons with a new coach in town, Ian Zahren, who was at the time working at Nolte Academy. I was reluctant at first, but after some lessons and classes I started to see a whole other side of acting, and that’s when I started getting into performing seriously.”

In the past year, Rude starred in several other community drama productions, including Hodel in Fiddler on the Roof, Patty in School of Rock, and Marian in The Music Man.

“…All the shows I’ve done in the past year or so have each brought amazing experiences and memories,” Rude said. “My favorite part of being an actress is the people. The majority of people who do theatre are some of the nicest, open-minded, funny people I know.”

While the stage is a place people inhabit to enjoy themselves, much of what is involved in theatre is demanding on time and energy.  The field requires dedicated practice and intensive work to develop skills and create large-scale performances.  Rude has spent a significant portion of her extracurricular time devoted to rehearsals and lessons.

“…While working on [Joseph] I’ve learned how to control my belt and take care of my voice while singing tough notes over and over again every night,” Rude said. “It’s a pretty demanding part! … It’s definitely tough to perform a song or monologue you don’t connect to on a personal level well.  There have been songs I feel so hard and can act well every time, and there are others where…I feel like I’m not getting through to the core of the piece.”

Rude intends to use her high school experience in the arts to build on her talents and keep performing throughout her life, regardless of what her career turns out to be.

“I’d be lying if I said I didn’t want to go straight to New York and become a successful actress,” Rude said. “It’s a common dream, but not always the most realistic. I think if I can study theatre in college and get as much intensive training as I can, I have a better chance of achieving that dream. But even if I do end up an interior designer like 8th grade me hoped, I’d still want to perform, because that’s why I do it, for the pure joy of it and the rush I get when I’m onstage with such great people.”