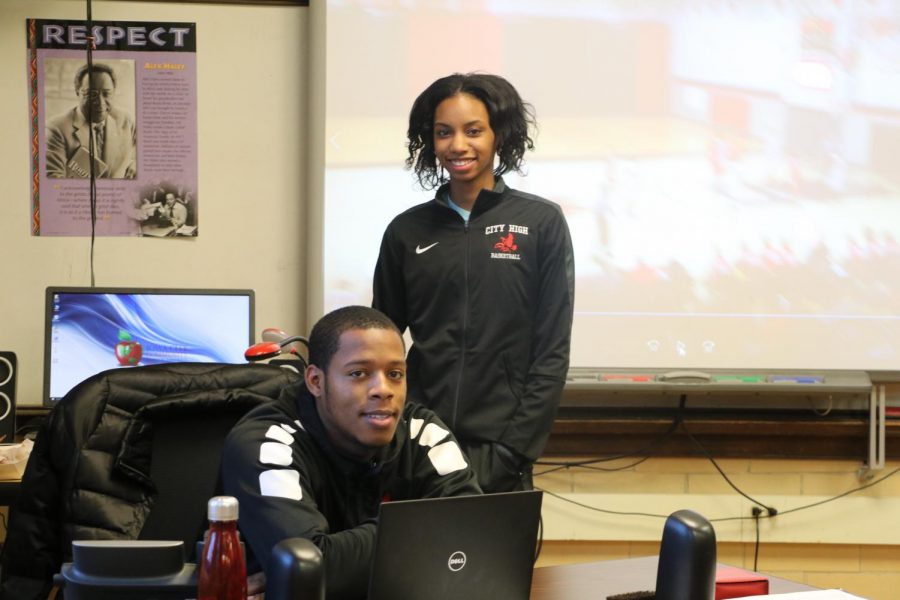 Frederick Newell is the Student Advisory Director here at City High School. In this role, he plays the part of student advocate and support system for many students in the building. He is the creator of the Dream Center.

“[The Dream] focuses on character building, leadership, and service,” Newell said. “That’s important because every youth needs a mentor, every youth at some point needs to build their character to become our leaders because I believe you are our leaders….My life goal is to inspire and empower.”

Mr. Newell’s passion for students and his drive to help them succeed is what led him to create the Dream Center and work with young people at City High. The program also has a four different academies which include the Fatherhood Academy, a Young Leadership Academy which focuses on mentoring, Performing Arts Academy which is primarily on theater and spoken word, and a Family Academy.

It was the result of working with young men in the grades of fifth through eighth grade, many who lived in the Southeast side of Iowa City and ended up as City High School, who inspired him to work at City. Mr. Newell began to build a relationship with Mr. Bacon which lead to many conversation about about him working with students at City High.

“My first boys at the Dream Center that were part of City High School [graduated],” said Newell. “I became a part of City High family as I followed and mentored them. Then in 2015 I was offered the Student’s Advisory Center position and [took] the job because the young men I was working with at the Dream Center were already here. I only worked with them outside of school, but then to become the support within the school as well.”

Beside being the Student Advisory Director, Mr. Newell is a basketball coach for the City High freshman team. He also coaches for the Little Hawk Basketball School (LHBS) which an elementary school basketball team, while playing basketball himself.

Students are also inspired by the work that Mr. Newell does. Shevonna Noris ‘19, one of Newell’s  students, commented on the impact of Mr.Newell and his program, The Dream Center, has on her.

“He is like big brother to me,” Noris said. “My past years at high school weren’t always good, but I feel like this year has been my best year. I have just matured a lot and Fred has helped me. He is a mentor and guide to a lot of the students.”

Noris also works at the Dream Center with the kids in the summer.

“The Dream Center helps develop [young people] to be leaders,” said Noris. “[It has also] helped me to be social, and understand things from another perspective. Not only how I see things, but how other people see different situations.”