The Little Hawk caught up with T.O. to ask him about what it's like to walk around in the same school that he was attending only a few years ago. 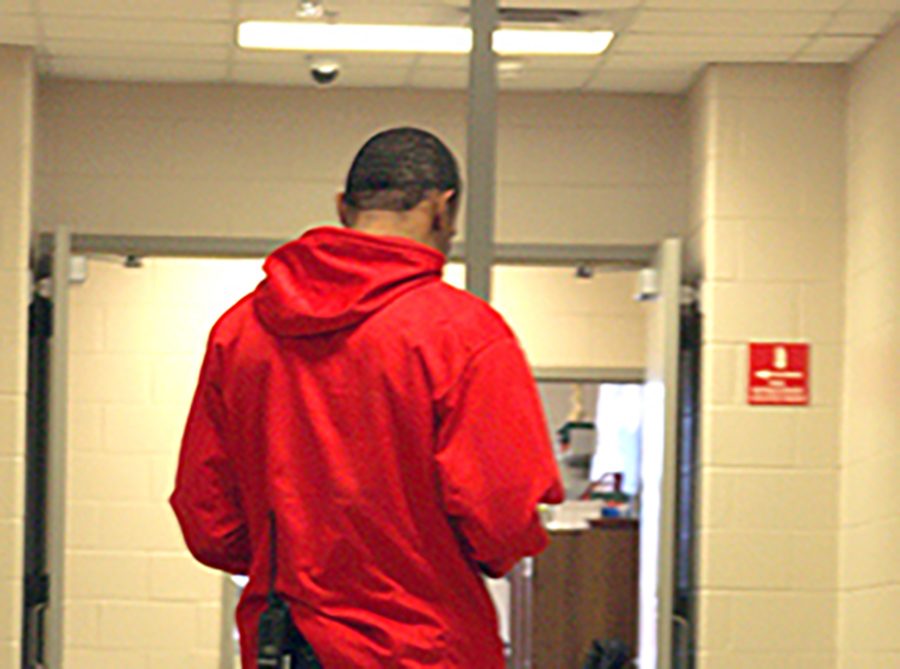 Anterio Nimmers ‘10, better known as T.O. amongst those at City High, now gets paid to walk the halls he once had to walk order to get an education.

A City High graduate, Nimmers now roams mostly empty halls while students sit in the classrooms that he once inhabited himself.

Although he has become such a large part of City High’s atmosphere since beginning his career here, Nimmers’ life had been going in quite a different direction before his return.

“I was doing landscape before and kind of got tired at it,”  Nimmers said.

After receiving a call from City High Principal John Bacon, offering him a position as a hall monitor, T.O. came back to the school that he had once attended.

“When he called me I came in for an interview and right then and there we clicked. I already knew some of the kids coming in so I was comfortable,” said Nimmers. “[The work is] different because I was doing landscape for like three or five years then coming to a school building where I am inside, I don’t get to see everything.”

Although it may have taken him some time to become situated in his new position, the career change was not a decision that he came to regret. He believes that the job has had an impact on his character.

Along with getting to work with kids, the people that he has met and the experience that he has gained through hall monitoring have enabled him to pursue larger goals.

“I will actually be in a police academy next year, so I will be a police officer pretty soon,” Nimmers said. “Henry Harper, [who] I’ve known since I was here at City High, presented me with that. We have an academy coming up in January so I will be headed there for 12 weeks.”

Nimmers is also a youth basketball coach. He has been coaching elementary school-aged kids for about four years.

“They came from all over. Hoover, Grant Wood, Longfellow, Lemme. They were all over [the district],” said Nimmers. “I think being the youth coach with Fred [Newell], that was kind of the start and ever since then I thought ‘Maybe I do like working with the kids. Maybe something good could come out of it.’ I have been doing it ever since.”

In addition to changing how he thinks, he believes that he could not have gotten to where he is today without the people that he’s come into contact with in his time at City.

“Fred I met in 2011, right out of high school. We started the coaching program. That would be about six or seven years since I’ve known Fred. The principal John Bacon, he’s just someone I think you just need to have in your corner. He’s caring, a good listener, he’s just there for you.”

Other than his contentment with working around children, Nimmers enjoys other aspects of his job, as well. His favorite part of the job?

“Not knowing what I am getting into,” said Nimmers. “You never know what you going to wake up to.”

In addition to getting to seeing his City High family, Nimmers also gets to see his actual family, having several siblings on campus, including Anthony Nimmers, a fellow hall monitor.

“It’s cool, it’s no different than any other job. They know that we’re here so they do have that support. They do have someone to talk on a serious scale. They do have somebody that they are really close to to talk to, but other than that they do what they [have] to do and I do what I have to do to.”

As a hall monitor, Nimmers has a variety of responsibilities that vary from day-to-day. A few in the list are “securing the campus, protecting students, subbing when needed, [and] dealing with student conflicts/problems. Just being wherever I’m needed, that’s where my job is.”

Although these may sound like pretty basic tasks, one would be mistaken in assuming that the life of a hall monitor is a boring one. Nimmers says that he has seen some pretty atypical things while on the job.

“A student ran through, he had a diaper on and he had a Shrek mask,” said Nimmers. “It was a senior prank so we kind of knew that day was going to be prank-ish, [but] we did not know [something like] that was going to happen. We caught up with him and told him to put some clothes on. He cooperated and we escorted him off the property because I think it was seventh hour.”

Nimmers would also like to leave the students of City High with a few words of lasting advice.

“Stay in school and stay out the hallway. If you’re in the class you won’t be harassed. You came to school to learn and in the hallway, you’re not learning,” said Nimmers. “When it’s class time, everybody should be in class or we are going to have problems.”