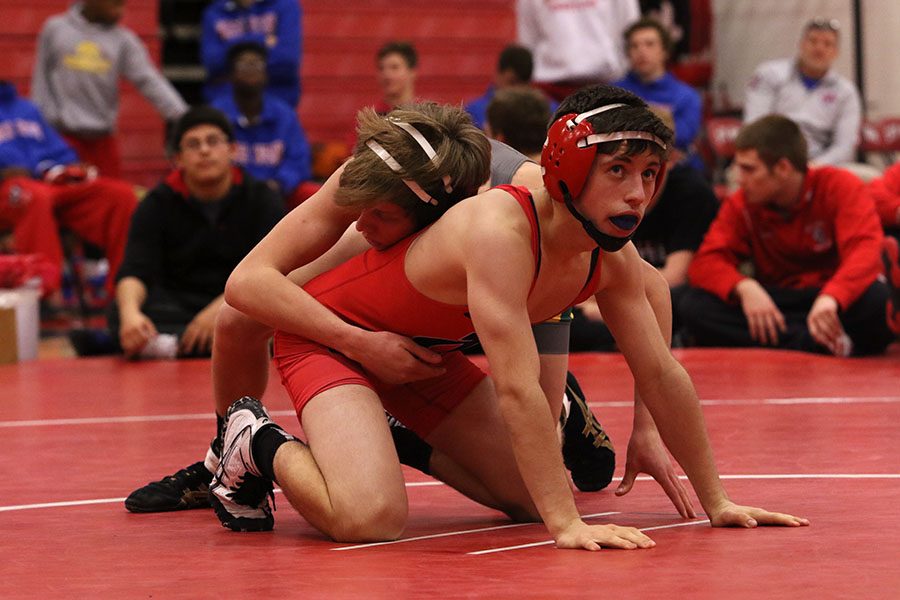 The strong performance sets up the Little Hawks for success this weekend.

Perhaps the Little Hawks’ biggest surprise on Saturday was 170 pounder Brandon Lalla’s second place finish. By securing a spot at State, Lalla now is in position to grab City some much needed extra team points.

City, ranked sixth, will travel to Des Moines on Wednesday to take on third ranked Waukee in the State Dual Tournament. From there it’s survive and advance, as the top eight dual teams in the state will battle it out for a State Dual Title.

Then it’s right back to the mat for City’s eight State Qualifiers, whose State Tournament brackets begin on Thursday. How they finish over the following three days will determine the team’s overall score.

“I feel like I wrestled pretty well today,” said Lalla. “I set the goal of qualifying for State last year at the end of the season… The extra hours, the extra effort, it all paid off. With hard work and good partners, I made it through.”

Lalla believes that his team’s collective hard work will pay off for them this weekend at State.

“We need to try and go win the State Dual Tournament,” said Lalla. “Then after that, we will go on to win State.”

To some on the outside, Lalla’s appraisal of the situation might seem a bit optimistic. But for a team that has so far won every title in its path, there’s really no reason to expect anything but confidence.

One thing is for certain: as the season nears the end of the line, the Little Hawk Express is right on track.