Girls Basketball Regional Preview and Beyond 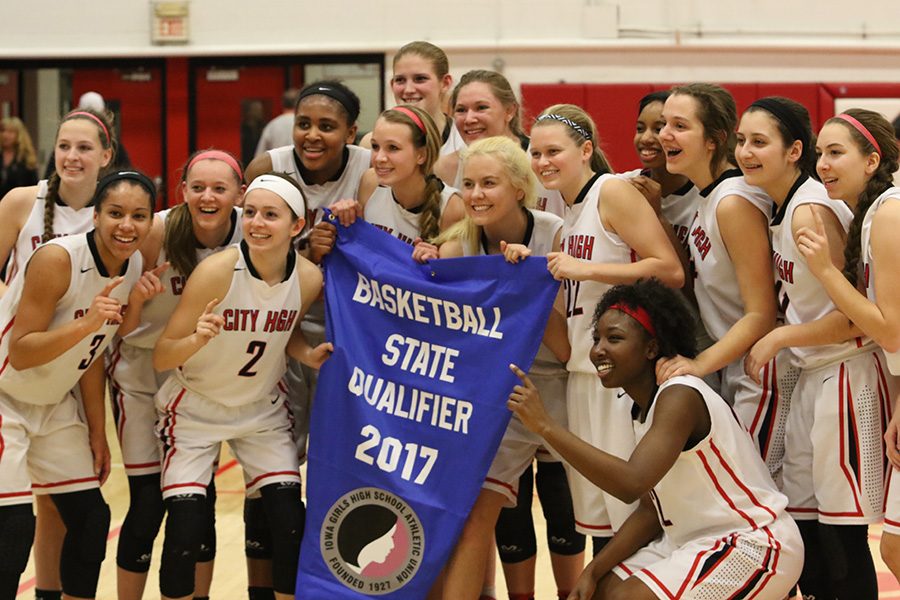 Over the last 10 years, girls basketball has never had a losing record. This year they haven’t even lost one game. Over the last two years, in regular season play, they are 44-1. Falling just short of the state championship last year, they have a few competitors that could give them trouble in Des Moines. Cedar Falls, sporting a 21-1 record, has only one loss this season. That loss is coming from the Little Hawks themselves. The last time they played this season, the Tigers held them to 59 points. Their second-lowest scoring this year.

As for tonight, the varsity squad will face off against 17-5 Bettendorf at home. The Bulldogs have allowed on average 40.4 points per game this season. Compared to the Little Hawks’ 78.2 points per game average, we could see a solid defense vs. offense game. Arguably the most notable player on the Bulldogs is a 5′ 5″ Senior Emily Ivory. She averages 13 points per game and although her size puts her at a disadvantage, she could easily weave through the paint and give some scares to City.