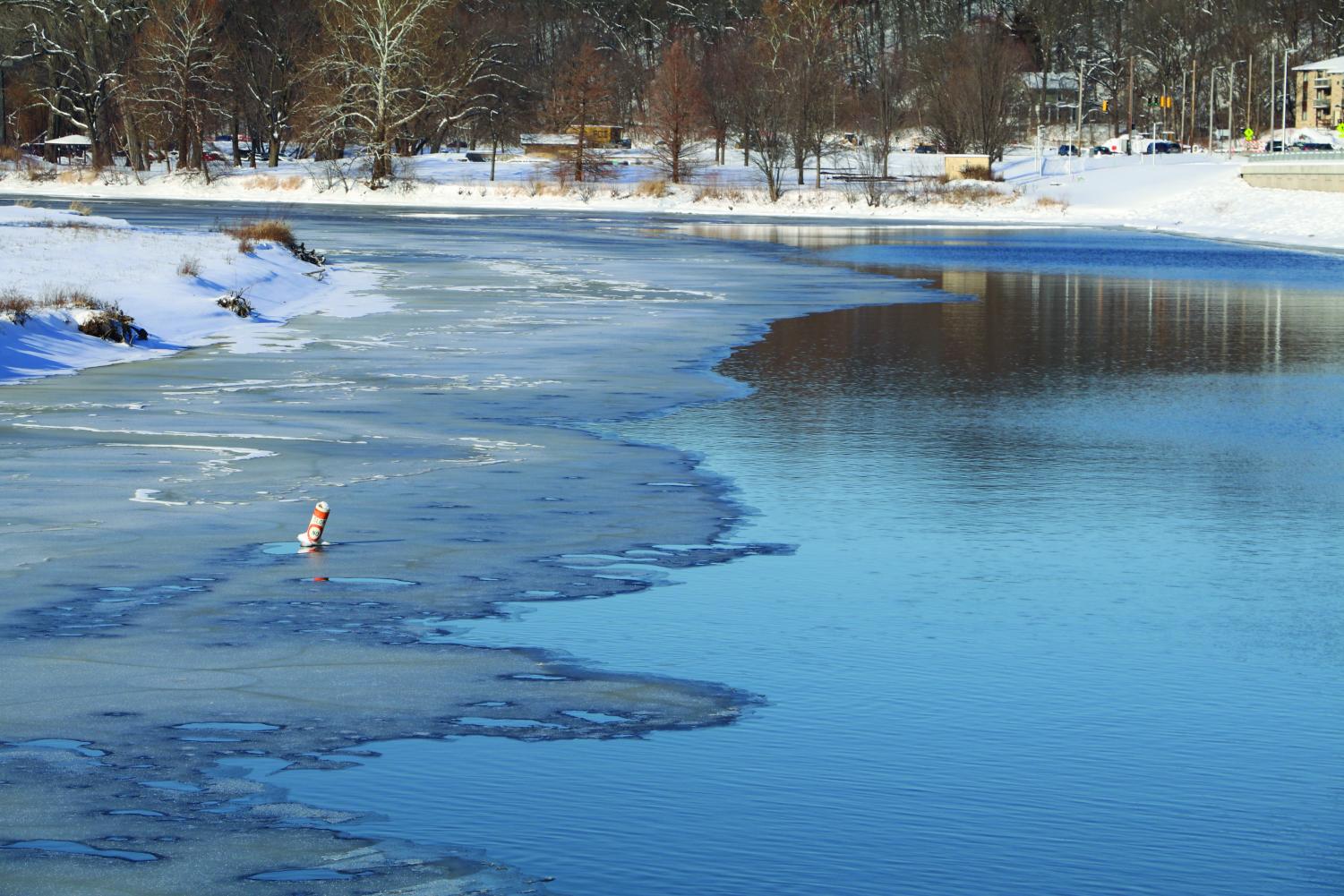 There’s Something in the Water

Due to runoff from crops and livestock, over half of all Iowa bodies of water are polluted. In an attempt to fix this problem, on January 24th Governor Kim Reynolds signed a bill that will spend $282 million in an effort to clean up Iowa’s waters. It’s still unclear if that will be enough.

Supporters of the bill say that this is a necessary step in the effort to fight water pollution, but many environmental groups are concerned that the spending requirements associated with the bill are far too vague and leave little room for accountability.

There are two main components to the bill. The first provides $156 million to help fund watershed projects as well as encourage farmers to plant cover crops and saturated buffers in order to prevent excessive amounts of nitrogen and phosphorous from flowing into Iowa’s lakes and streams. The second part of the bill will give $126 million to cities and communities across the state to fix their drinking-water facilities. Forty percent will be given to programs that seek to protect sources of drinking water and 45% to a loan program focused on ground and surface water improvement projects. The remaining 15% will go towards decreasing erosion and stormwater discharge.

Starting with $2 million in 2018, the money will be portioned out slowly at first and will increase over the next 15 years. However, it will fall far short of the $4 billion experts say is required if the state wants to meet its goal of reducing nitrogen and phosphate levels by 45%.

The problem of agricultural runoff in Iowa is spurred by the concentration of CAFOs, or Confined Animal Feeding Operations, in the state. Iowa is the largest producer of both pork and eggs in the country, and while this provides an important base for the state’s economy, it also causes several types of pollution. CAFOs and other large scale farming operations send millions of pounds of waste and toxins down the Mississippi each year. When these wastes reach the Gulf of Mexico, they create vast dead zones on the ocean floor.

Perhaps the state legislature should now spend its time addressing meaningful, long-term, sustainably-funded policy solutions to our serious water problems instead of meddling in affairs best left to local communities”

But these environmental impacts can also hit much closer to home than the Atlantic. In 2015, the Des Moines Water Works filed a lawsuit against farmers in three different counties, whose collective stock totaled three million pigs and one million turkeys. The company no longer wanted to spend millions of dollars every year to run two central Iowa water sources through a system in order to strip out high levels of nitrates and bacteria. In March of 2017, it lost that lawsuit.

The state has formed a Nutrient Reduction Strategy to help overcome the problem, but environmentalists have pointed out that this strategy does not cover bacteria, which are the leading cause of water damage in Iowa. These bacteria come from manure, which is frequently applied to fields, and livestock facilities such as CAFOs.

An issue that arises regarding the high number of CAFOs in Iowa is the question of what to do with manure and other animal waste products. When large amounts of waste are produced, farmers are supposed to spread it throughout their crops. However, because artificial fertilizers are often more effective, farmers end up refraining from that mandated practice. Instead, they apply the chemicals and the manure is not properly disposed of. Although the state has regulations in place, they work side by side with the Clean Water Act, which was first introduced in the 1970s. When these pieces of legislation were initially put in place, these large facilities did not exist, and the laws have not been altered to better provide for the expanded activities of farmers today. As a result, many CAFOs are able to circumvent the regulations that should be preventing them from perpetrating illegalities.

Silvia Secchi is a professor at the University of Iowa who is studying the environmental impacts of agriculture, water sustainability, and conservation policy. Secchi thinks it is time for new laws to be put in place.

“We need to pass a new law that has different rules about those [larger operations], those thresholds that is maybe smarter in terms of how these are,” Secchi said. “You know, if you have one CAFO per county it’s very different than if you have 100.”

Secchi believes that there is a very simple reason to why no new laws are being passed.

“Congress cannot agree,” Secchi said. “What they do is they take what is out there and they try to fit a square peg in a round hole and then the next step is litigation, you know, people go to court and say, ‘Nope.’”

Secchi pointed out that this is what is happening with the Clean Air Act, Clean Water Act, and the Environmental Protection Act.

Agricultural pollution can be categorized into two groups; point and nonpoint. Point sources can be referred to whether the pollution can be directly attributed to a specific location or cause. For example, with a large pipe, it is possible to trace contaminants back to the source, whereas with expansive bodies of water such as the Mississippi, it is impossible to trace.

In order to be considered a point source, which requires a permit, CAFOs need to be a certain size. Because of the flexibility of this regulation, many farms have multiple units close to this limit, but not quite reaching it. This produces the same amount of pollution, but it prevents the government from regulating those corporations. These CAFOs can avoid permits required by the state unless an accident, such as a large fish kill, occurs that can be sourced to a particular location.

“Even though the technology is getting better with such things as precision farming, so you only apply the nutrients where they need to be, or you have better technology to build the pits that store the manure, we don’t have the means to determine whether people are doing the best,” Secchi said. “What we see is, we see the fish kills, we see the dead zone, we see the algae bloom, but we don’t see the link with what is happening upstream.”

The environmental impacts of CAFOs make the issue of regulating them all the more pressing. The usage of antibiotics on animals is another point of concern with CAFOs. Although there are regulations on use—it must stop at a certain point before slaughter—antibiotic resistance is still present. Antibiotics make up a small portion of the many pollutants that are used at low, regulation-compliant levels, but that over time can impact the environment. CAFOs use antibiotics to prevent their animals from getting sick, but in reality antibiotics use can cause more problems.

Monitoring is not exciting. You don’t discover anything new. You just go and do the same thing over and over again, but it’s fundamental to understand where we are going and the trends”

Because they are nonpoint sources, there is little to no monitoring of farmers’ or CAFOs’ activities. This makes it very difficult to determine whether or not they are implementing environmentally friendly policies. Secchi believes that the biggest problem in past legislation is that while they may set requirements, there are no checks or means of enforcing them.

“I am a firm believer in monitoring,” Secchi said. “Monitoring is not exciting. You don’t discover anything new. You just go and do the same thing over and over again, but it’s fundamental to understand where we are going and the trends.”

In the recent state house bill, environmental groups took up Secchi’s concerns. Josh Mandelbaum, an attorney at the Environmental Law and Policy Center, believes that the lack of specific goals and a timeline is hugely problematic.

“To understand if we’re actually making progress, we need to monitor water quality,” Mandelbaum told the Des Moines Register. “Once you have that baseline, then you need specific goals. You need timelines associated with those goals. And you need benchmarks to see if you’re meeting those goals. If you don’t have any of those pieces, how can you say you’re serious about improving water quality?”

But Governor Kim Reynolds says this is only the beginning of the effort to improve water quality.

“Passing this long-awaited legislation does not mean the water quality discussion is over,” Reynolds said in a statement after the passage of the bill. “It should ignite a continuing conversation as we begin to implement the practices that will continue to make an impact on water quality in Iowa.” 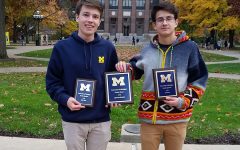 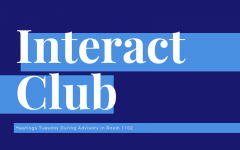 Interact Club Raises Over $500 for Charity 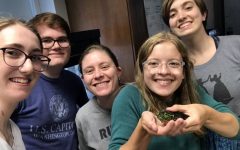 A Salamander, A Turtle, and Far Too Many Cockroaches. Welcome to City High’s Tank Club. 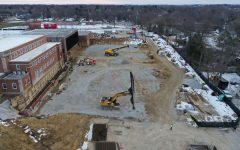 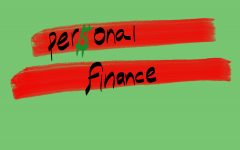